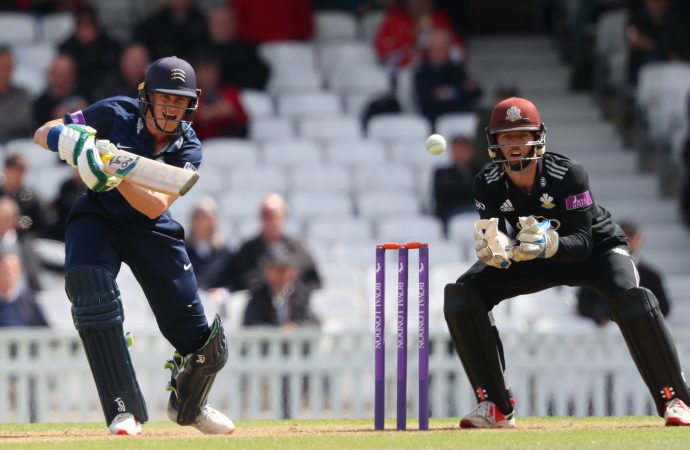 “Of all the major pitch sports, cricket will be the hardest hit by climate change.”

That’s how The Climate Coalition starkly characterised the state of play in its 2018 Gamer Changer report, which laid bare the impact climate change is having – and is likely to have – on British sport.

The numbers say it all; since 2000, the erratic and heavy rainfall being caused by climate change has forced more than a quarter (27%) of England’s home One Day Internationals to be played with reduced overs. County cricket club Glamorgan has lost 13,000 hours of cricket for the same reason over the same period of time. And more than 50 community clubs experienced severe flooding following two major storms (Desmond and Eva) in 2015 and 2016.

According to Bruce Cruse, head of participation and growth for the England and Wales Cricket Board (ECB), weather interventions cost the professional game in Britain approximately £1 million per year. In the recreational game, which is also overseen by the national governing body, around 40% of clubs are located on a floodplain, while 45% struggle if there’s an absence of water.

To help clubs get over the devastation that a flood can cause, the ECB set up emergency funds to repair some of the damage. It was the first governing body in England to set up an initiative of this type.

But armed with a bigger pot of money as a result of a new £1.1 billion broadcasting deal covering the next five years, the organisation has decided to become more proactive in its approach to climate change and help its clubs future-proof their operations and, in the process, safeguard the future of English cricket.

The journey has commenced with the launch of a sustainability audit – officially called the Resource Efficiency Report – reviewing the venues of professional county clubs. Data from the audits will be incorporated into work the governing body has already conducted around the recreational game, and explored alongside long-term climate forecasts to pinpoint the “most appropriate areas to focus on”.

All first-class counties have undertaken the audit. Cruse explains that the initial area of focus identified is energy efficiency measures that will not only provide positive environmental impacts, but also welcome economic returns as well.

If the ECB takes action on those findings, he says, the sport could save more than £1 million per year in costs – money that can be used to grow the game in other areas.

A number of cricket grounds in England can count themselves among the most sustainable sports venues in the country. Lord’s, widely regarded as the home of English cricket, has been powered by 100% renewable energy since 2016. Edgbaston is also run on renewable power and has ambitions to become the “most environmentally efficient cricket venue” in the UK. The Oval and Old Trafford are significantly reducing single-use plastics through the introduction of reusable cups.

But Cruse says that a strategic framework he is proposing following the audits will be the “first opportunity to coordinate something in a systemic way as a whole cricket family”.

“I believe that if we can put together the right programme we may set ourselves apart, at least in the short-term, from other sports in terms of how they’re managing this at this moment in time,” Cruse tells The Sustainability Report. “This gives us an opportunity to make some material changes to the sport that have some meaning.”

Cruse will present the audit findings and his five-year strategic plan for approval from the ECB leadership team before the end of the year. His ambition is to establish a national framework that makes sustainability and climate action accessible for professionals and volunteers with little experience in the subject.

“At the heart of what I’m proposing to the leadership team is a simple roadmap that allows people to get on board with something that is tangible and that they can work with,” he explains. “And as we travel together on this journey we can build confidence, create large programmes and develop something at scale.”

The next six months will be the project development stage before, subject to leadership approval, projects can start to seek central ECB funding. Although Cruse is expecting a “chunk of money” to be available for these projects, he wants counties to to demonstrate their commitment by supplementing central funding with their own investment.

However, Cruse is unambiguous about his overarching objective: for cricket in England and beyond to position itself as a climate-leading sport.

“We’re looking for step changes for the ECB as a business – not just as a governing body – but as a corporate entity,” he adds. “At local club level I suspect we’ll be focusing in on this risk around floods and droughts because of the scale of the risk.

“And at venue level we’ll be looking at cost reduction, efficiencies, operational behaviours, engagement with fans, and things like player ambassadors and supply chain work. I think certainly in the long-term we’ll be looking to move away from fossil fuels to renewables. I’d like to think that’s the trajectory we’re on.”