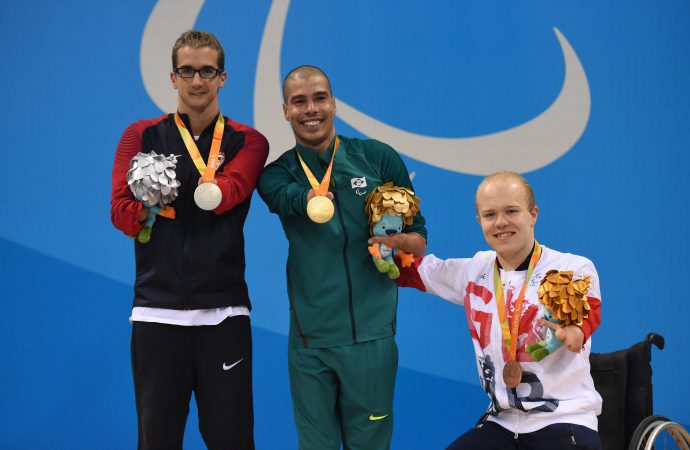 The United Nations’ Sustainable Development Goals are set to become a key feature of the upcoming Paralympic Games after the International Paralympic Committee pledged to use its platform to advance the global objectives.

After signing a statement of intent with the UN SDG Action Campaign, the IPC revealed its first two actions of support.

Firstly, the organisation has followed the International Olympic Committee by adopting the UNFCCC’s Sports for Climate Action Framework, and will work alongside international partner BP to offset its travel and office emissions for 2018 through the oil and gas company’s Target Neutral programme.

Secondly, the IPC has committed to emboss the SDG emblem on all athlete bibs at the Dubai 2019 World Para Athletics Championships next month. Spaces around the field of play will be provided to raise awareness of the 2030 goals.

The IPC and UN SDG Action Campaign will also work together to “increase the visibility” of the SDGs through the 2020 Games in Tokyo by “engaging large global audiences” and “changing the narrative” of disability.

Andrew Parsons, the IPC president, said that the Paralympic Movement was already active in “advancing 11 of the 17 Sustainable Development Goals” and puts human rights “at the very heart of the agenda”.

“Next year marks the start of the UN’s Decade of Action to achieve the SDGs by 2030,” he added. “Using Tokyo 2020 as a platform, we are extremely excited to work with the UN on a range of activities and campaigns that will greatly benefit both organisations, the world as a whole and ensuring no one is left behind.”

The UN SDG Action Campaign is an initiative set up by the UN to scale up and broaden the movement around the advancement of the 17 Sustainable Development Goals.

Earlier this year, the IPC won a UN SDG Action Award for its inclusiveness.

“Since then, we’ve seen huge efforts to integrate the Sustainable Development Goals into the Paralympic Movement, to leverage their powerful platform, and to roll out concrete actions to achieve impact for the Goals, from climate action, to making cities more sustainable, to gender equality,” added Maria Ponti, UN SDGs Action Campaign director.