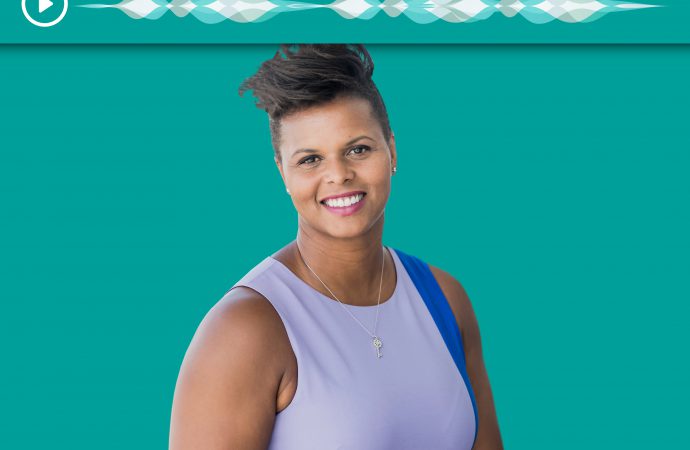 Episode #7 – CONCACAF’s head of women’s football and former Canada goalkeeper discusses a landmark FIFA Women’s World Cup, and how she’s channelling that momentum to grow the game in North and Central America

When The Sustainability Report first met Karina LeBlanc, she shared a platform with Prince Albert II of Monaco at COP24 in Poland, urging the sports industry to “wake up” and be part of the solution to climate change.

It’s a subject that became very close to her heart after her home country of Dominica (she moved to Canada when she was eight) was decimated by Hurricane Maria in 2017.

During this episode, LeBlanc discusses the role sport can play in addressing climate change, and reveals details about a sustainability task force being established by CONCACAF – the North and Central American football federation – to tackle the challenge using its influence and resources.

But most of all, the former Canadian international goalkeeper, who won more than 100 caps and represented her country at five FIFA World Cups, explains her role as head of women’s football for the federation and the opportunities and challenges she’s navigating to grow the game in a culturally diverse region.

LeBlanc talks about CONCACAF’s women’s football strategy and enthuses about a “game-changing” 2019 FIFA World Cup – a tournament that saw players like Brazil’s Marta and Megan Rapinoe of the US become household names by making waves off the field and performing with distinction on it.

She also talks about attempting to channel the momentum generated by the landmark tournament to cement women’s football as a key part of sporting culture in North and Central America.

“I think for us the priority is trying to change the perception of young girls playing soccer,” LeBlanc explains. “In some of our regions it’s still believed that young girls can’t play. It’s a challenge, but it’s also an opportunity. And I think what this Women’s World Cup has done is really put it at the forefront because a lot of men who thought women couldn’t play football had to shut up. Men started watching and started to enjoy it.”