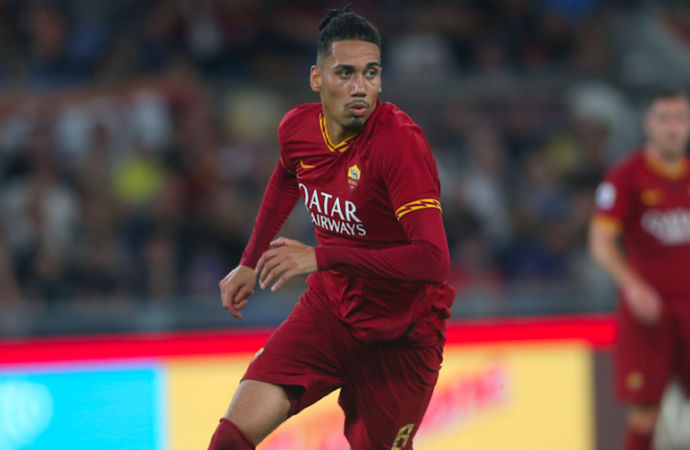 Sport Positive Summit 2020 has unveiled its first batch of speakers, which includes Forest Green Rovers chairman Dale Vince and England footballer Chris Smalling (main image), and announced The Sustainability Report as one of its media partners.

Taking place on 17-18 March 2020 at Wembley Stadium connected by EE in London, the summit will focus on how the sports industry can be more sustainable in its operations.

Vince will give a keynote talk about the cutting edge sustainability work he has overseen at Forest Green Rovers, which has seen the English League Two team recognised by the United Nations as the world’s first carbon neutral football club, and by FIFA as football’s ‘greenest’ organisation.

Smalling, who is currently playing in Italy for AS Roma on loan from Manchester United, will give his perspective and share the positive outcomes he has experienced by adopting a vegan diet.

The event, which has been established in collaboration with UNFCCC (the creator of the Sports for Climate Action Framework), will also feature keynotes delivered by Cyrill Gutsch, the chief executive of Parley for the Oceans, Norman Vosssulte, the director of fan experience at the Philadelphia Eagles, and Paul Hanlon, Major League Baseball’s director of ballpark operations and sustainability.

Delegates will be able to take part in workshops on benchmarking and reporting, reducing environmental impact, standards and certification, and communicating about sustainability with sports fans.

Signatories of the UNFCCC Sports for Climate Action Framework will also be able to attend an annual meeting on the second day of the summit.

Claire Poole, the founder and chief executive of the Sport Positive Summit, said: “Sport Positive Summit really is for sport, by sport. We have spent years working with and listening to colleagues at every part of their journey to reduce environmental impact and engage fans to do the same, to understand their challenges. The Summit is a product of that ongoing work, and our mandate is to arm global sport professionals with the insights, connections, tools and resources to support their work, and drive heightened ambition in combating climate change.”

“Both The Sustainability Report and Sport Positive Summit were created to accelerate the pace of sustainability in the sport sector and to recognise the individuals and companies already doing outstanding work in this space. This summit should be the catalyst for further progress.”

To see the draft agenda for the Sport Positive Summit click this link.

Readers of The Sustainability Report can get 20% off their ticket price by using this discount code: TSR20 (see link below)