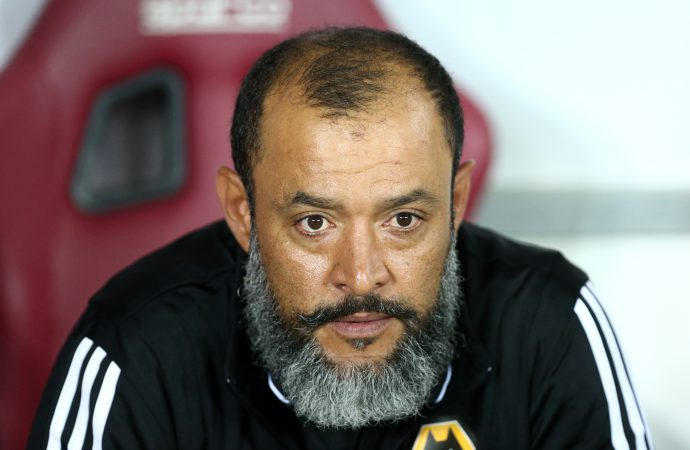 Organisations with diverse leadership have proven to be more profitable in the world of business. What can sport do to model this success?

The business case for diversity has been made – an oft-quoted statistic from a Boston Consulting Group study demonstrates that companies with above-average diversity in their leadership teams were more innovative and generated, on average, 19% more revenue than less diverse organisations.

While sport organisations tend to have objectives that go beyond what they earn, the evidence that diverse businesses outperform competitors cannot be ignored. If homogeneous leadership and governance teams are holding sports organisations back from their true potential, imagine what could be achieved with more balanced representation.

Aside from performance, sport is about inspiration and aspiration. If young people see themselves represented at the top level, it shows them it’s possible for them to succeed too.

Awareness of the underrepresentation in sports governance is growing, with many forward-thinking organisations running initiatives aimed at diversifying the pipeline of newcomers to their sport, as well as ensuring that people from under-represented groups such as women, people with disabilities and people from BAME (black, Asian and minority ethnic) backgrounds are given the same opportunities to progress.

As the most influential sport on the planet, football has a responsibility. On the field, English Premier League teams are racially diverse and most young fans can look at the top players in the competition and see someone who looks like them. In governance and leadership roles, however, it’s a different story. There have been no BAME referees in the top four divisions of English football since Uriah Rennie’s retirement in 2009, and only a handful of BAME managers.

At time of writing, Wolverhampton Wanderers manager Nuno Espirito Santo (main image) is the only non-white head coach in the Premier League, and one of a handful of BAME managers in the whole football league, which consists of 92 clubs.

Lack of diversity is self-perpetuating – the less young people see themselves reflected in the people who fill these roles, the less motivated they’ll be to work towards them. To football’s credit, action is being taken to address under-representation. The Football Association’s Widening the Net Initiative, launched in 2017, aims to increase the number of disabled, female and BAME referees (who they identified as making up only 1%, 3% and 4% of the refereeing workforce respectively) in order to better reflect the wider population. However, it’s not clear whether tangible progress has been made.

There’s also a much-discussed regulation known as the Rooney Rule, initially introduced by the NFL in the US to increase diversity at the coaching level, and adopted by the English Football League last year (as well as more recently in the cricket world by the ECB). The Rooney Rule stipulates that clubs must advertise governance roles externally and interview at least one BAME candidate during their recruitment process for a new first-team manager, head coach or other senior role – indisputably a step in the right direction, although it’s been accused of encouraging tokenism.

More recently, a more prescriptive measure taken by the FA known as the BAME Coach Placement Programme instructing that all England teams must appoint a BAME coach to their coaching team has led to several new appointments.

Specific initiatives have also been established to rid professional football of its boy’s club image. UEFA and FIFA are collaborating on a Women in Football Leadership Programme, aiming to prepare women to step into leadership roles in the sport.

Historically, women have struggled to break into the men’s game. Portuguese coach Helena Costa was hired to manage Clermont Foot 63, the professional men’s team in the French second division, but she resigned after 49 days and accused the club of having a “lack of respect” after players were signed without her consent.

She was replaced by another female coach, Corinne Diacre (below), who spent three years with the club before moving on to the France women’s national team. But female coaches for professional men’s teams are still extremely rare.

However, recent success stories like Sian Massey-Ellis and Stéphanie Frappart refereeing major men’s games shows signs of progress. Overall, their refereeing performances have been well-received, with UEFA chief refereeing officer Roberto Rosetti saying of Frappart: “Stéphanie has proved over a number of years that she is one of the best female referees, not just in Europe but across the world.” Hopefully we’re moving towards a time where Stéphanie will simply be regarded as an excellent referee, without the qualification ‘female’.

Arun Kang, chief executive of equality organisation Sporting Equals, explains that while awareness of inequality within sports has grown rapidly in the last few years, actual progress has been slow. Established in 1998, Sporting Equals promotes ethnic diversity in sport and physical activity and has recently shifted its focus to encompass governance roles too, based on the belief that officials and leaders who personally understand the unique challenges of marginalised individuals will encourage a greater diversity of people to enter a sport.

Kang is positive about the introduction of the Rooney Rule in English football, but caveats that it benefits the black community more than other underrepresented ethnic groups. A different approach, he says, is necessary to support the progress of Asian coaches in the game.

“It’s often about what level you have already coached at, or played at if you’re a former footballer, as many are,” Kang adds. “Once you start looking at this experience, it does exclude South Asian and other non-white communities who aren’t coming up the pipeline to play at the high levels.”

It’s certainly true that South Asian players are woefully underrepresented in high-level English football, despite outnumbering white players in amateur participation. It’s an inequality that has been attributed to scouts subscribing to various stereotypes about their culture.

Part of the complexity is that the issue is circular. The lack of people from Asian backgrounds in positions of power in British sport means there’s no one to give emerging talent a helping hand – or supply the empathy Kang feels is lacking. But because so much of the emerging talent isn’t progressing beyond the grassroots stages of sport, there are few candidates ready to step into those positions of power.

Reuben Simon – Ref Support UK’s Ambassador for BAME Officials and the man behind the @radical_referee Twitter handle – told the Press Association earlier this year that the observers who grade referees so they can adjudicate higher-level games “will almost always be white chaps of a particular age. Nothing wrong with that and most try to be as fair as possible. But there is also no question there’s a lot of unconscious bias in the ratings.” He advocates for ‘ghost observers’ – silent watchers who judge the observer’s ability to judge the referee fairly, helping to identify any intrinsic prejudice within the system.

Keen to speed up the pace of change, Sporting Equals is running an initiative to equip BAME sports fans with the skills they need to succeed in governance. Kang (pictured below) explains: “I think a lot of organisations in the British Asian sector are quite frustrated with the amount of strategies and consultation that have taken place in the last decade or two regarding inclusion of British Asians. There’s a lot of talk, a lot of rhetoric and very little in terms of results coming out of it.”

This frustration inspired a partnership with the University of Leicester to launch the LeaderBoard Academy, which aims to create a pool of talented BAME candidates who are ‘board-ready’ and prepared to step into governance positions in sport. Sporting Equals’ audit found that only four percent of board members were from BAME backgrounds, which is unreflective of the wider UK BAME population (14%).

These candidates are doctors, lawyers, accountants and former athletes – and already have a lot of the skills boards are looking for. The program prepares them for the likelihood that they’ll be “the only minority person sitting on that board. They need to be able to influence a boardroom of 12 when they’re the only minority – where potentially there will be eleven other white board members who will have more empathy to each other than to a new diverse angle and perspective.”

Another initiative designed to uncover why this increased awareness hasn’t been channelled into lasting change is the British Asian in Sport and Physical Activity Network, set up by Sporting Equals alongside Sport England. This advisory board will be talking to the governing bodies of sport about how successful or otherwise their inclusion strategies have been, then offering their own expertise to help refine the interventions.

It’s this repetition of analysis followed by action followed by analysis that’s most likely to solve the inequality issue – and the representatives from underrepresented groups need a seat at the table too. Without the guiding influence of those with a deep, personal understanding of the challenges that face certain subsets of society, along with a frank look at our own implicit biases, progress will be almost imperceptibly slow.

Kang offers some simple advice to organisations feeling overwhelmed by the complexity of solving inequality: “Start collecting data, but don’t panic. When you first see the numbers you might feel panicked. Sporting Equals has set up an initiative called the Race Equality Charter. What that charter is asking organisations to do is collect, commit and celebrate. Collect data, whatever it might be, maybe in a specific area of the sport like coaching. Find out what your numbers are, then you can plan an intervention. Commit to that intervention through a project, then make sure you celebrate the wins that come out of the project.”

What examples are there of sports bodies attempting to reduce inequality? Let us know in the comments below.