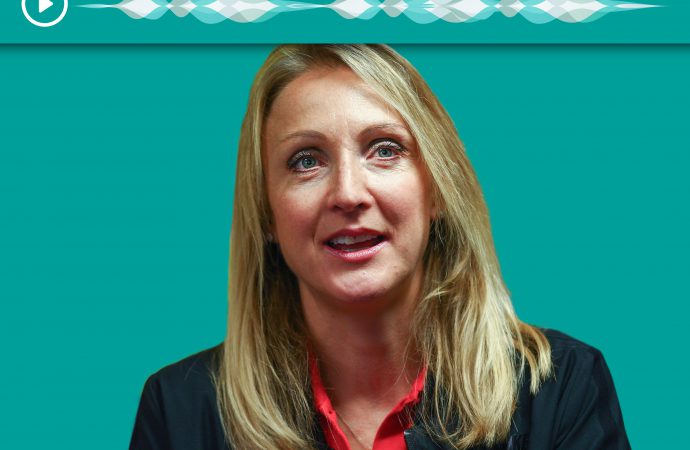 Episode #4 – The long distance champion talks about competing in poor air quality with asthma, and how the IAAF is helping athletes mitigate the negative impact of air pollution

Paula Radcliffe is, indisputably, one of the greatest athletes of the modern era. During her peak in the early noughties, it seemed like every time she took to the road to compete in a marathon, another World Record tumbled.

That’s not to mention the dozens of medals (mostly gold) she picked up running in cross country and stadium events during a stellar two-decade career. Radcliffe’s achievements are all the more astonishing once you factor in that she has exercise-induced asthma – a condition she has lived with since she was 14-years-old.

Her occupation and her condition made her keenly aware of the danger posed by increasing levels of air pollution. Almost eight million people per year die as a result of being exposed to poor air quality, with outdoor – or ambient – air pollution responsible for more than half of those fatalities.

Athletes, because of the amount of time they train outside and the depth of their breathing, are disproportionately affected. That’s why the IAAF (now known as World Athletics) has started to install air quality monitor devices in certified tracks around the world to find out the extent to which athlete health and performance is being impacted by poor air – and what athletes can do to mitigate those negative effects.

Radcliffe, already a UN Environment ambassador, was the natural choice to be the face of the project alongside Haile Gebrselassie.

In this episode, Radcliffe explains the IAAF’s motivation for tackling a huge issue like air quality, and talks about her own experiences managing her asthma to compete in – and win – competitions taking place in locations with poor air quality.

She also echoes the International Federation’s president, Seb Coe, in calling for cities bidding for IAAF events to demonstrate their commitment to clean air.

“I think that for too long the air quality wasn’t considered when judging where the World Championships were placed and which cities won the bid,” she says. “It should have been because when you’re taking your elite athletes and asking them to perform to the maximum of their abilities, then you need to make sure you provide them with clean air to do so. For me, it should be one of the first considerations.”