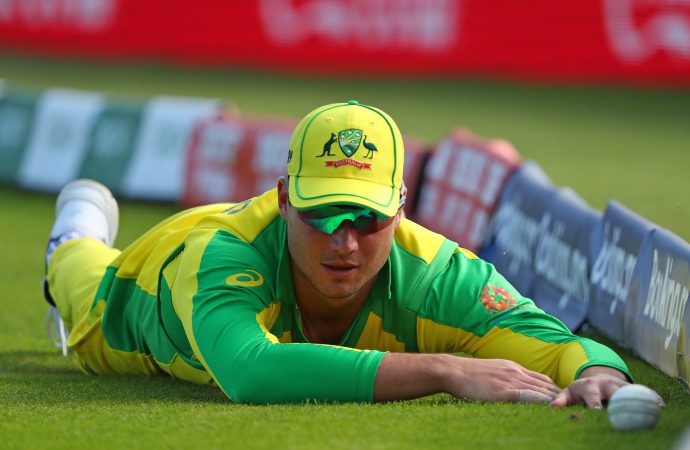 Leading academics in the field of sport and sustainability have called on the International Cricket Council, the sport’s governing body, to set up a global climate disaster fund to support member nations feeling the negative impacts of climate change.

According to the Hit for Six: The Impact of Climate Change on Cricket report, many of the major Test playing nations – including Australia, India and the West Indies – are the hardest hit by the changing climate and related weather conditions, such as droughts, extreme storms and more intense heat waves.

In 2017, Hurricane Maria devastated much of the West Indies (eighth in the ICC’s Test rankings), with several playing fields no longer in use because of the damage caused. South Africa and Australia (third and fifth respectively) have suffered periods of prolonged droughts, while practically all nations – including England – have seen temperatures soar over the past few years.

Kate Sambrook, who contributed to the report as a representative of Leeds University’s Priestly International Centre for Climate, added that the rising sea levels created by the melting of ice sheets in Greenland and the Antarctic are posing a major threat to all coastal cricket grounds.

Cricket authorities and associations, the report explains, should support the ICC in mitigating the risk climate change poses to the sport by establishing reviews on all infrastructure in relation to flooding, storm surges and keeping spectators protected from the heat.

Authors of the report – Leeds University, the University of Portsmouth and BASIS (British Association for Sustainable Sport) – also stated that the ICC should consider designing a “country by country analysis” of climate change risks, with the support of Test nations’ national cricket boards, and subsequently develop action plans around keeping players, spectators and umpires safe, while protecting facilities.

The research laid bare the real and existing threat climate change is having on cricket and, in particular, the danger players expose themselves to by competing in extremely hot conditions.

Wicketkeepers and batsmen experience the greatest risk of heat-related illness, such as heat stroke and nausea, because of the protective clothing they wear, as well as the potential for them to be playing for long periods of time without the protection of shade.

During the fifth Ashes Test of the 2017/18 series in Sydney, England captain Joe Root (above) had to retire injured due to a gastro-intestinal infection brought on by dehydration as the ambient temperature surged to 43°c.

Indeed, research from the University of Portsmouth revealed that the heat produced by an international batsman can be the equivalent of the heat generated by someone running a marathon wearing a helmet, gloves and pads.

The report suggests that other national cricket boards follow the lead of Cricket Australia by adopting guidelines allowing for the suspension of play if the conditions are deemed too dangerous. It also calls for more hydration breaks during matches, the introduction of shorts and climate appropriate clothing, and specific guidelines for young players, who are less able to regulate their body temperature.

In addition, cricket should “eliminate it’s contribution to climate change” by becoming a clean energy contributor, water neutral and waste neutral by the start of the 2027 Men’s World Cup, the report recommends.