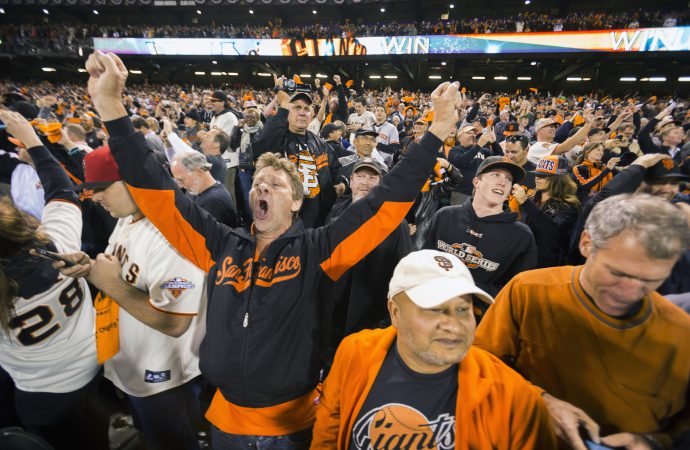 Paul Hanlon, the league’s senior director of ballpark operations and sustainability, tells The Sustainability Report about partnerships with Discovery Education and a tranche of universities

Around 10 minutes into The Sustainability Report’s conversation with Paul Hanlon about Major League Baseball’s environmental programme, the league’s senior director of ballpark operations and sustainability begins to reel off a list of teams and some of their notable achievements.

The San Francisco Giants’ 94% landfill diversion rate helped the club secure 10 of the last 11 MLB Green Glove awards (a prize for the best recycle and reuse rate), although the Seattle Mariners came a close second at 93% in 2018.

Since installing a system that captures, purifies and dispenses rain as drinking water at Target Field, the Minnesota Twins have reused more than 19 million gallons. Combined with handing out commemorative reusable bottles to fans, the franchise has managed to drastically reduce the number of single-use plastic water bottles sold.

The San Diego Padres have a 336,520-watt solar power system – the largest in the MLB – and the Boston Red Sox source fruits and vegetables for restaurants and concession stands from the team’s own garden. In New York, both the Yankees and the Mets have taken significant steps to reduce and offset their carbon emissions, while two-thirds of the league’s 30 venues now use LED lighting.

There are many good examples to site, and the tone of Hanlon’s voice reveals the pride he has in the progress he’s overseen since he started managing the relationship between the MLB and 30 stadium operators seven years ago.

Sustainability operations have reached such a high level at a number of ballparks that, in partnership with MLB, Discovery Education is creating a STEM-focused curriculum for K-12 students based on some of the examples.

“A few of our clubs have taped vignettes about what they do at their ballpark from an environmental standpoint for the curriculum,” Hanlon explains. “The videos are being finalised now and they’ll be available for teachers to download in order to demonstrate the importance of these efforts to students.”

The videos are available via Discovery Education’s Science Techbook, Streaming and STEM Connect platforms, and demonstrate the impact humans have on the environment while inspiring students to take on sustainability challenges within their own communities.

Education, says Hanlon, is an integral component in the MLB’s overall sustainability programme. The Discovery partnership was one of two major educational partnerships unveiled ahead of the MLB’s All-Star Week last month. It also collaborated with Fox Sports University, the University of Pittsburgh and Syracuse University to develop educational opportunities around sustainability in public relations, marketing and broadcasting.

Since 2008, All-Star Week has been used as an opportunity to engage university students in MLB’s sustainability programme by inviting them to be volunteers for its Green Team. Since the 2019 All-Star Game was hosted in Cleveland, MLB partnered with Northwestern Ohio University and got students involved in collecting recyclables and raising awareness among fans on positive environmental practices.

“In 2014, when the All-Star Game was hosted by the Minnesota Twins, we had the idea that we wanted to put an educational piece together that had a little more meaning to the students that were participating,” Hanlon says. “So we put together a class around greening a large-scale sporting event. Those students took a course for three days to learn what to do as part of the Green Team, and we’ve been following that model for the past six years.”

Hanlon is also keen to build on an ambitious Spring Training initiative that saw 11 Arizona State University students weave fan engagement into the sustainability operations of Salt River Fields – the training facility of both the Arizona Diamondbacks and Colorado Rockies, and the first such facility to achieve LEED Gold certification.

That project occurred in 2018 under the guidance of Colin Tetreault of ASU and Salt River Fields general manager Dave Dunne, and saw the facility attempt to achieve zero waste through innovative recycling rallies that got fans to participate in waste management during games.

“We’re still trying to figure out what we want to do next year around Spring Training,” adds Hanlon. “I’d love to do something in Florida, but it really depends on what partnerships we can put together.”

Incorporating sustainability into the fan experience is something that Hanlon says he wants to “turn up the volume on”, particularly as those operations continue to expand. The MLB creates Green Team activations around All-Star Week, the World Series, and was even able to develop a programme around the MLB’s first London Series game earlier this year.

“We’re trying to make this more visible and interact with fans more,” Hanlon says. “We have 30-35,000 people a night coming to these ballparks and if we can demonstrate that these buildings are sustainable I want folks to know they can do the things that we’re doing at home.”

One way in which sustainability can play a role in the fan experience is through athlete involvement. During the Spring Training initiative at Salt River Fields, students developed promotional videos with athletes encouraging fans to recycle. Athlete engagement has also come about organically through players like Milwaukee Brewers pitcher Brent Sutor, who is a big advocate of environmental protection.

“He bought reusable water bottle for all his teammates,” says Hanlon. “He also spent all day with us on Earth Day going around and talking to various media outlets here in New York. Sometimes it starts with one person being passionate about it, and I think we’re definitely going in the right direction with that.”

According to a Nielsen report in 2015, 59% of baseball’s television audience was over-50, skewing older than other mainstream US leagues, such as the NBA or MLS. It also has a reputation for having a slightly more conservative fanbase, although that assertion is more anecdotal. Does this make a proportion of MLB fans less in tune with conversations around sustainability and climate change?

Hanlon’s not so sure: “You know, I don’t really see that. Sustainability goes with a lot of what we’re doing in general to grow the sport. We’re really focusing on the fan and understanding what our fanbase is. And we’ve found that over the last few years talking to fans that issues like this are important for all ages. We’re trying to make the concept as easy to understand as possible and show why it’s right that we’re doing this. We’ve seen positive results across the board.”

What other opportunities are there for sport to work with educational institutions on the subject of sustainability? Let us know in the comments below.