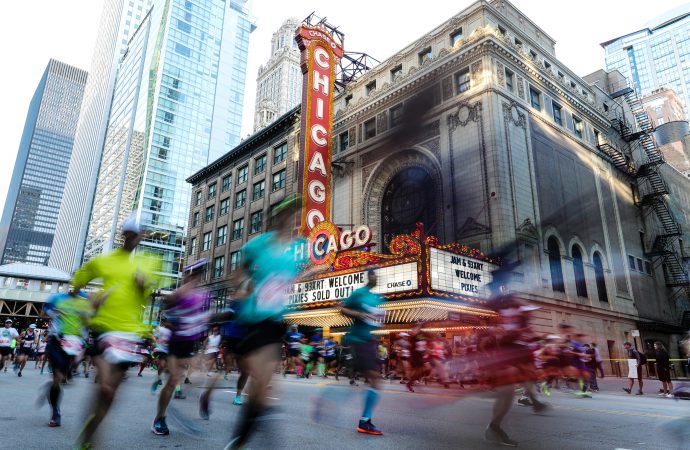 A raft of mass participation running events – including the Chicago Marathon – have become the latest signatories to the UNFCCC’s Sports for Climate Action Framework.

The Sacramento Running Association, the Cherry Blossom Ten Mile Run, the US Marine Corps Marathon, Rhodes Race and Grandma’s Marathon have committed to measure, reduce and offset their carbon emissions in line with the Paris Climate Agreement.

All events were encouraged to adopt the framework by the Council for Responsible Sport, which has launched its ‘get off the sidelines’ campaign that urges all sports organisations to become signatories.

The Council certifies sports events based on their social and environmental impact. In 2014 the organisation made it mandatory for all events pursuing certification to measure their carbon footprint. It has since analysed greenhouse gas reports from more than 50 events.

“The vast majority of emissions from endurance events are from participants’ travel,” said Michele Grossman, the chair of the Council.

Combined, the six events attract 100,000 participants annually (although the Chicago Marathon accounts for 40,000 of those people), while more than one million come to spectate.

The Chicago Marathon – one of the six Abbott World Marathon Majors – has been certified by the Council for Responsible Sport since 2010, achieving Evergreen status (the Council’s highest award) since 2016.

The Cherry Blossom Ten Mile (which helps participants offset their carbon footprint during the registration process) and the Sacramento Running Association (organiser of the California International Marathon) have both achieved Gold certification.

Niclas Svenningsen, who is overseeing the Sports for Climate Action Framework for UNFCCC, said he was happy to see the “movement spearheaded” by the Council for Responsible Sport, particularly with climate change impacting the endurance event sector “to varying degrees”. Indeed, last Saturday’s New York City Triathlon was cancelled due to extreme heat.

Separately, the Council has announced that the LA Marathon has just received Gold certification for its 2019 edition

Conqur Endurance Group, the race organiser, managed to save 1,500-gallon jugs of water by establishing a ‘Water Monster’ hydration solution that is designed to reduce waste. It also partnered with Goodwill Industries to donate 5,825 pounds of clothes, discarded by runners throughout the race, to be recycled.

The marathon was also recognised for its promotion of public transport – LA Metro provided 40,000 public transit tickets to runners and their families – and its community engagement plan, which helps at-risk secondary students develop goal-setting skills through running.