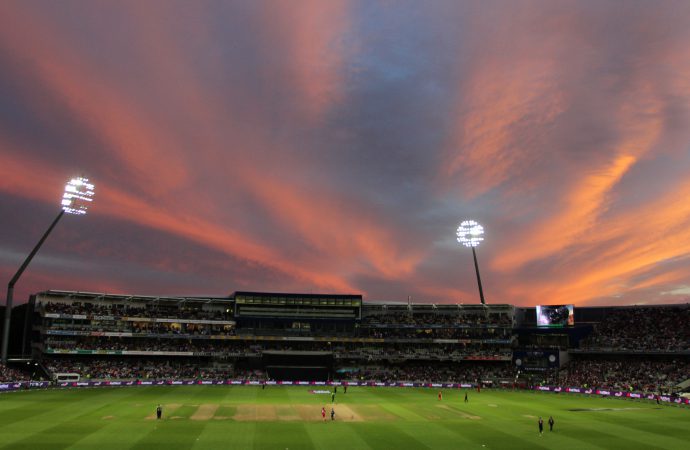 Birmingham-based ground aiming to be the most sustainable cricket venue in the UK by focusing on renewable energy, waste management and carbon reduction

In its quest to become the most sustainable cricket venue in the UK, Edgbaston has established a wide-ranging ‘pledge’ to demonstrate its current progress and “inspire staff, commercial partners and suppliers”.

The Birmingham-based venue – which will host the opening Test of the 2019 Ashes series next week – has broken the pledge down into five focus areas: power from renewable sources, reduced energy use, single-use plastics elimination, waste management, and carbon footprint reduction.

To achieve the latter, Edgbaston has concentrated mainly on food and transport. More than 90% of food served is prepared on-site to avoid transportation emissions. The facility also tries to work with suppliers in the local area, such as Marston’s brewery in Wolverhampton and Fordhall Farm in Shropshire.

Fans are encouraged to take local transport through train discounts (in partnership with the local operator) and a matchday shuttle service from the city’s main train station, Birmingham New Street. Edgbaston has also been named a “Top Cycle Destination” in Birmingham due to the construction of several bike storage racks. Staff working at the ground are offered shared bikes to use.

Since October last year, Edgbaston has generated all its electrical energy through renewable, biomass sources as a result of its partnership with Haven Power. According to Haven, its energy generation method produces 86% fewer carbon emissions that coal-generated power.

The venue is also working with energy consultancy, Amber Energy, on a review of its systems and processes as it attempts to reduce its energy consumption further.

To eliminate single-use plastics, Egbaston introduced compostable hot drinks cups and food packaging earlier this year to complement its reusable cup policy, which has been in force at stadium bars and kiosks since 2016.

Eleven hydration water stations have been installed around the venue, giving spectators the opportunity to refill their own reusable cups and bottles. Even plastic pens used for conferences and events have been replaced by pencils from “sustainable sources”.

As part of its zero waste to landfill strategy, Edgbaston donates all excess food stock to local charity, Let’s Feed Brum, while all other waste – including glass, cardboard, packaging, wood, metals, electronic waste, and paints – goes into designated waste streams for recycling.

Hygiene waste collected in washrooms is transformed into Refuse Derived Fuel (RDF) – one tonne of which can heat an average family home for a year. All non-recyclable waste is handled by waste management partner Suez, which sells the material to Scandinavian countries to burn for fuel.

All of Edgbaston’s sustainability projects will be promoted during its ‘Green Week’ next week to coincide with the first match between England and Australia.

Craig Flindall, Edgbaston’s chief operating officer, said staging Green Week presented a “good opportunity for our staff, suppliers and stakeholders to learn about the great work that we are currently doing.”

“As a venue, we take our sustainability work very seriously and we have made several changes to our operations in recent months which have made positive changes,” he added. “We have grand ambitions to be the most sustainable cricket venue in the UK and are acutely aware that further work and long-term planning is required to achieve this goal.”