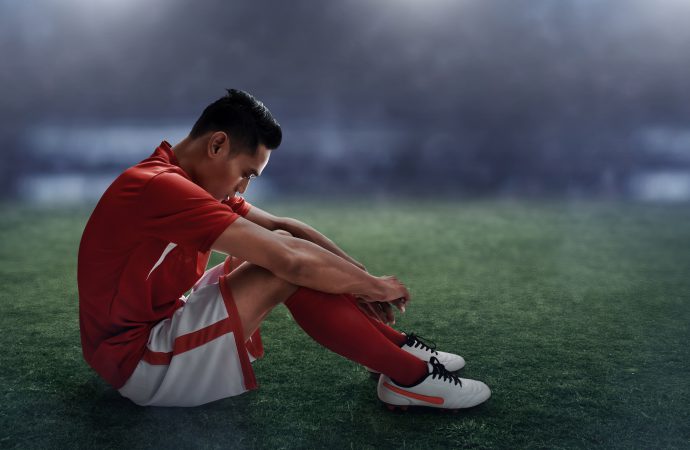 Illicit drugs and alcohol can be a means of escape for under pressure athletes – or a crutch for those who didn’t make it professionally. But what is the key to prevention?

The fact that practising sport benefits health is no secret. Regular exercise has long been proven to help prevent diseases and illnesses that would otherwise shorten lives. In the professional sport scene, however, the desire to become the best can often push athletes down paths they never intended to follow to the detriment of their health.

Whether the reason is an endeavour to improve performance, a search for consolation in an isolated environment or a rash use of disposable income, a large number of athletes are affected by substance abuse. And this is not limited to Performance Enhancing Drugs (PEDs) as one might typically think. The abuse of alcohol and recreational drugs has become a particular concern in modern sports globally.

The third UN Sustainable Development Goal is to ensure healthy lives and promote well-being for all at all ages. Within this goal, one of the targets is to “strengthen the prevention and treatment of substance abuse, including narcotic drug abuse and harmful use of alcohol”.

While this target applies to people from all backgrounds, athletes are particularly vulnerable to substance abuse. So, what is being done within the sports world to combat this issue?

Source of the problem

Substance abuse is not restricted to senior athletes. In fact, the road to addiction frequently begins at a young age and develops, rather than starting suddenly later in life. Three US-based studies, undertaken by Wechsler, Nelson and Ford in the years 1997, 2001 and 2007 respectively, found that at university level, a greater percentage of athletes were more likely to engage in heavy episodic drinking (defined as five or more alcoholic beverages in one session) when compared to non-athletes. The percentages range from between 50% to 61% for athletes and 36% to 43% for non-athletes within the studies.

One major reason for this discrepancy between athletes and non-athletes is the exposure to elite sporting culture, and this effect is amplified within teams. A study published by Zhou in 2015 analysed the likelihood of UK university athletes who were involved in team sports to engage in “hazardous alcohol use” (as defined by the World Health Organisation’s Alcohol Use Disorders Identification Test questionnaire) versus those in individual sports. The results found that 89.8% of team sport players exceeded the hazardous level of alcohol consumption versus 76.1% of individual sport players.

Away from the university scene, it holds true that substance abuse begins at a young age in professional sport, too. Nowadays, elite clubs from all sports cast their net as wide as possible in their search for their next hot prospect. Inevitably, the more children that are given their shot at becoming a professional, the more that will ultimately fail.

Sporting Chance, a recovery clinic aimed at supporting both current and former athletes set up by former England international footballer Tony Adams, agrees that the problem starts early. Its chief executive, Colin Bland, spoke to Benjamin Roberts for his 2019 book Bottled: English Football’s Boozy Story (due for release in August) and told him that the increasingly competitive sports culture, specifically within football, is a concern for aspiring athletes.

“All of a sudden you’ve got children [in a club’s academy] thinking that they’re going to be a professional footballer, they’re children and it has to be respected that they are children – and people – first, and football players second.” Bland said.

Roughly one per cent of children in football academies in England will go on to become a professional footballer. The path to substance abuse is not difficult to envisage for some of the other 99%. Some will be in their late teenage years, have no qualifications and limited life skills coupled with a devastation at missing out on their dreams.

But for those who are successful, and cannot allow alcohol to affect their sporting performance, the problem does not just disappear. The intense pressure continues, and addictive personalities can often shift towards different habits (such as prescription drugs or gambling), or the players suppress everything until retirement when everything is let loose in a post-career collapse.

Bringing the taboo into the mainstream

Sporting Chance was initially set up as a clinic which was to remain as out of the public eye as possible in order to provide a confidential, immersive recovery experience to those who came through its doors. That is still the case today, but the clinic now takes a preventative stance to tackle the issue head on.

It currently hosts Lifestyle Education Seminars for every football team in England’s top four divisions as well as a large number of Rugby League sides. The goal of the seminars is to give players the information and tools necessary to spot any warning signs of addiction early and to provide them somewhere to turn to if their issues are already taking hold. Crucially, appropriately modified seminars are also provided to youth teams as part of the service.

Adams is a recovering alcoholic himself, which inspired him to set up the clinic. Though he has a trophy cabinet any player would envy, the former Arsenal FC captain proudly states that Sporting Chance is his biggest accomplishment to date. Adams recently took up the role of president of the Rugby Football League; a large number of athletes from the sport have used the clinic, and to believe that a former addict as the sport’s figurehead will help the topic to become less taboo among current professionals.

Nevertheless, within clubs and sporting associations it can be a difficult topic to breach for professionals. Players neither want to appear weak in front of their teammates nor do they want to admit to their issues in some cases.

This is an area where massive strides have been taken in the last few decades. Lorna McClelland is considered by many to be the pioneer of what has become known as player welfare or player liaison in football following her ground-breaking work at Aston Villa in the early 2000s.

She identified a lack of human interaction between players and clubs: footballers were treated like commodities rather than human beings. McClelland noted that injuries in particular could further estrange a player from his peers.

“If a player is ‘off the scene’ for a while, players often regroup, sharing new jokes, experiences and stories. The injured player is marginalised, and will often turn to drugs, alcohol or gambling for solace, stimulation or excitement because they offer the sense of belonging that he might miss,” she told Roberts.

And so, McClelland became the club’s player welfare and liaison officer. For a decade and a half, she worked for Aston Villa and was the person to confide in for the players on any personal matters for anything from changing their living arrangements to seeking professional counselling for addiction. Since moving on from the club, McClelland helped to set up GCSportscare, an organisation which provides advice and support for sportspeople suffering from various mental or emotional struggles.

There was no name for McClelland’s job when she first turned up at Aston Villa, but in 2019 you’d be hard pressed to find a professional football club in England without a player liaison officer.

Two strikes and out

The vast majority of sports do not test for illicit drugs as they are not officially banned substances. The English Rugby Football Union, however, has taken a strong stance against illicit drugs whilst maintaining an educative focus.

Inspired by rules in place in the Australian Football League and the National Rugby League in Australia (below), in 2010, it introduced its own programme which is completely separate from the anti-doping initiative.

It is a two-strike policy, with a strict confidentiality agreement after the first offence is committed. Only the player, his club’s medical officer and a member of the RFU illicit drugs staff are involved in dealing with the matter. The player faces a fine and must attend a treatment consultation followed by any counselling deemed necessary by the RFU. Notably, the player does not face a suspension from rugby.

After a second offence, the player is handed a ban. This ban is set at an entry point of 12 months which can be modified dependent on the individual circumstances around the incident. Once again, the player must attend further counselling and treatment.

In the 2016/17 season, three players were convicted of their first offence, with four first time offenders the following campaign. So far, Jake Pope of Sale Sharks is the only player to be charged with a second violation in the nine years since the policy has been in place. He was given a six-month suspension from playing in April 2019.

Stephen Watkins, the RFU anti-doping and illicit drugs programme manager, said that “a proactive programme offers the best possible chance of keeping the sport of rugby union clean and fair, testing and educating players within both the professional and the community game.”

The best way to meet the UN’s target to strengthen the prevention and treatment of substance abuse is education and awareness.

Organisations like Sporting Chance and GCSportcare are clearly leading the way for British sport in this space. Sporting Chance in particular has added the preventative measures of educational seminars to their curative rehabilitation process.

There have been setbacks in recent times too, though. In 2017, the World Anti-Doping Agency decided to remove alcohol from their list of prohibited substances, meaning that it was no longer illegal to consume alcohol prior to competition by default.

World Archery was one of the federations that expressed their disappointment at the decision and effectively reinstated the previous rules within their own framework, keeping it classed as an unlawful substance for competitors.

Moving forward, it is essential that all national and international bodies continue their stance against alcohol and illicit drug abuse, while providing all the necessary resources for athletes to seek help when required. On the surface, elite sport is a celebration of the finest competitors in the world going head to head, but it is an increasingly pressured environment which continues to leave far too many by the wayside in their fight against addiction.

What can clubs or sports organisations do to tackle substance abuse more effectively? Let us know in the comments below.