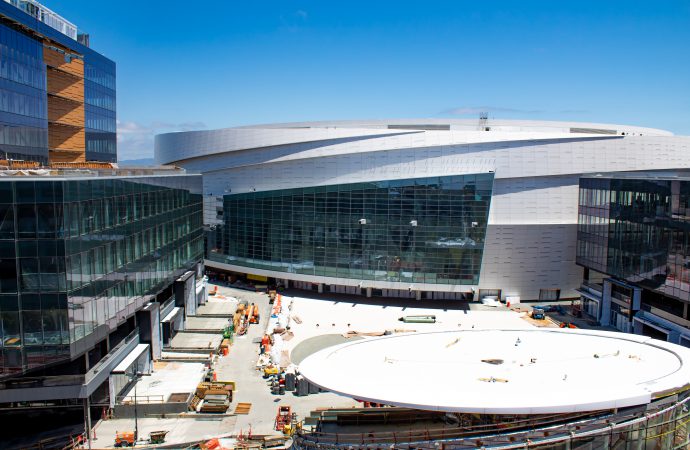 NBA Playoff finalists Golden State Warriors and the burgeoning SailGP are the latest organisations to adopt the UNFCCC’s Sport for Climate Action Framework.

Following the NBA’s commitment to measure, reduce and offset its carbon emissions in April, Golden State has become the first of the league’s franchises to sign the framework.

The Chase Center – the team’s 18,000-capacity home, which is due to open in September 2019 (main image) – has also made the pledge. The San Francisco-based venue is on course to become LEED Gold certified for its sustainability credentials.

Kim Stone, the Chase Center general manager, said that sustainability is “going to be at the core focus of everything we do”, including all business operations, games and events.

“We know that climate change is a global concern that needs to be addressed immediately and realise the impact that we and the global sports community can have on combating it,” she added.

The newly-established harbour competition SailGP has also made the commitment.

Since its October 2018 launch, the league has made sustainability a core part of its operations. Climate action and carbon management is “at the heart” of its sustainability strategy, with plans to achieve zero-carbon status by 2025.

SailGP has been measuring, monitoring and attempting to reduce its carbon footprint since its first race in January 2019.

The competition, which pits six national teams against each other at various harbours around the world, is testing new technologies and biofuels to address its negative impact on the environment. It is also tackling food waste through a charter and partnerships with host cities, while working towards eliminating single-use plastics within the organisation and at events.

Sir Russell Coutts, the chief executive of SailGP, said: “Signing the framework highlights our commitment to achieving sustainability targets, which are an extremely vital part of any business today.

“This is an incredibly important and truly global issue, and we will challenge ourselves to achieve targets that set a new standard in our industry.”

All six nations as well as the umbrella competition have signed the framework committing to climate action (above image).