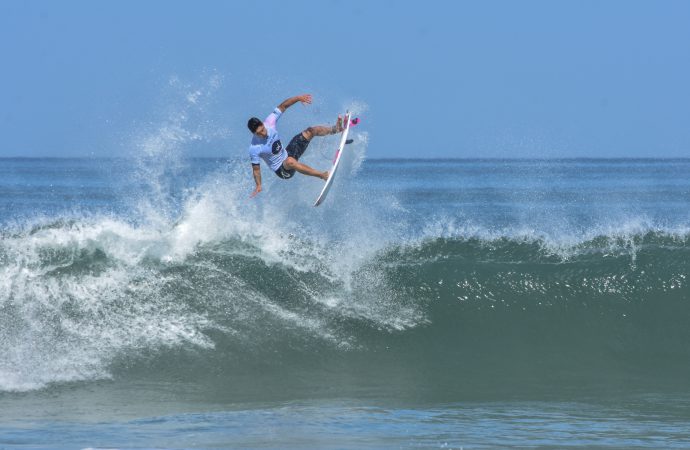 A wind farm in Brazil, a conservation project in Kenya and a Redwood protection programme in North America will all receive investment from World Surf League as it attempts to become carbon neutral by the end of 2019.

The governing body for professional surfers has pledged to offset all of its unavoidable carbon emissions by giving its backing to selected REDD+ (reduce emissions from deforestation and forest degradation) and Verified Carbon Standard projects in four continents.

Ceramic factories in São Sebastião, Argibem and Vulcão, which run on biomass instead of timber from endangered forests, will also be part of World Surf League’s project portfolio.

In Africa, the Maasai Wilderness Conservation Trust in Kenya will receive the organisation’s support in promoting climate change mitigation and adaptation, as well as restoring biodiversity.

World Surf League’s ambition to achieve carbon neutrality by the end of the year has been accelerated by two key issues: with the rise in global temperatures, the ocean has absorbed “more than 90%” of excess heat in the atmosphere, and; 30% of all the carbon in the atmosphere is absorbed by the ocean, harming coral reefs and marine life.

Last December, it also became one of the founding signatories of the UNFCCC’s Sports for Climate Action Framework.

The organisation stressed its concern at the growing ocean plastics crisis, with small microparticles being ingested by marine life and “ultimately entering the food we eat and water we drink”. As a result, World Surf League has also pledged to eliminate single-use plastics from its operations by the end of 2019.

Food service items, such as bottled beverages, cutlery and cups are being targeted to complement the free drinking water stations already being provided to fans during events.

“In sport, surfing and beyond, it’s imperative that we all act immediately,” said Reece Pacheco, senior vice-president of ocean responsibility and executive director of World Surf League’s non-profit arm, PURE.

“Looking ahead, we plan to inspire more and more people to join us in reducing and offsetting their emissions through our upcoming carbon calculator and offset platform.”