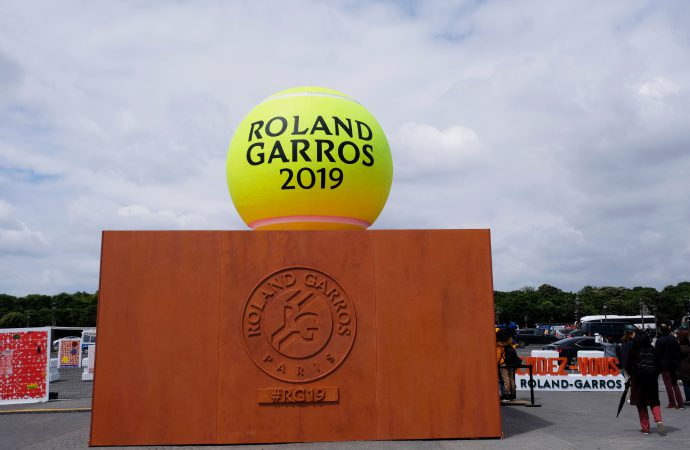 UNFCCC calls for “more action” as Wimbledon, US Open and Australian Open join Roland Garros in adopting the Sports for Climate Action Framework

All four of tennis’ Grand Slam tournaments have united to fight climate change – and its threat to the existence of their sport – through “tangible, concrete” actions.

On a significant night for the sport and sustainability movement, leading figures from Roland Garros, Wimbledon, the US Open and Australian Open collectively committed to measure, reduce and offset their carbon emissions through the UNFCCC’s Sports for Climate Action Framework.

The pledges were made during a Climate Conference hosted by Roland Garros and the UNFCCC.

James Grabert, who deputised for the UNFCCC’s executive secretary Patricia Espinosa at the event, thanked Roland Garros for “creating momentum” for the framework by becoming a founding signatory when it was established last December at COP24.

He also congratulated the other three organisations for following its lead by making the commitment. But his overriding message was clear: “we need more action.”

“Arthur Ashe didn’t win three Grand Slams by talking about it,” he told a packed Roland Garros media room. “It’s about developing a plan and working to achieve your goals. Your commitment to the framework is only the beginning and it must be backed by real and credible measures.”

Grabert highlighted the threat climate change was posing the sport, specifically referencing the Australian Open where a number of athletes have fallen unwell in recent editions due to the sweltering heat.

He acknowledged that taking on an endeavor like addressing climate change could feel like “being asked to compete against Martina Navratilova, Steffi Graf and the Williams sisters all at once”, but its “clear and present danger” meant action was necessary from all industries.

Quoting Ashe, he said: “Start where you are, use what you have and do what you can.”

Patrick Galbraith and Craig Tiley, president of the United States Tennis Association and chief executive of Tennis Australia respectively, used the platform to demonstrate the work their organisations already do in the field of sustainability, with both establishing “greening” programmes connected to their major tournaments 12 years ago.

The former told delegates that during the 2018 edition of the US Open, 97% of the waste generated was diverted away from landfill, 75 tonnes of food had been composted, and a further 15 tonnes was donated to deprived communities.

Later this year, USTA will be presented with the Green Sports Alliance Environmental Leadership Award, but Galbraith said he wanted to do more – in particular, collaborating with players on projects to increase public awareness.

Tiley commented that adopting the framework was a natural extension of the work Tennis Australia is doing around water harvesting, investing in biodegradable and recyclable products, and redeveloping all facilities to at least LEED Gold level.

However, he admitted that if the sports industry is ever to become a leader in climate action it has to become less conservative.

“The two key words are ‘change’ and action’, and as we mentioned earlier these are very hard things to do,” he said. “In sport terms, we often say that the pain of change is greater than the pain of losing. We’ll lose before we change. But we as sport can set an example. We have a global platform and we’re fortunate of that.”

Bernard Giudicelli, president of Roland Garros, concurred that it was about “sharing convictions and disseminating messages”.

He talked about the tournament’s sustainability credentials, such as its ability to achieve the ISO 20121 certification for sustainable events and the organisation’s decision to replace all plastic seats with ones made from wood.

Wimbledon, said chief executive Richard Lewis, is still very much at the beginning of its sustainability “journey” after developing its first strategy two years ago. Adopting the framework, he added, was a “natural part of that journey”.

“From our point of view we are a global sports event,” he said. “We have a major global presence, and we can therefore have an impact on the global stage.

“We don’t have to persuade anybody on the staff (to commit). We’re not having to persuade the spectators. They want us to do this sort of thing. It’s not just about making the commitment – they want us to show real leadership, but they also want tangible things when we run our event and our operation the year round.”