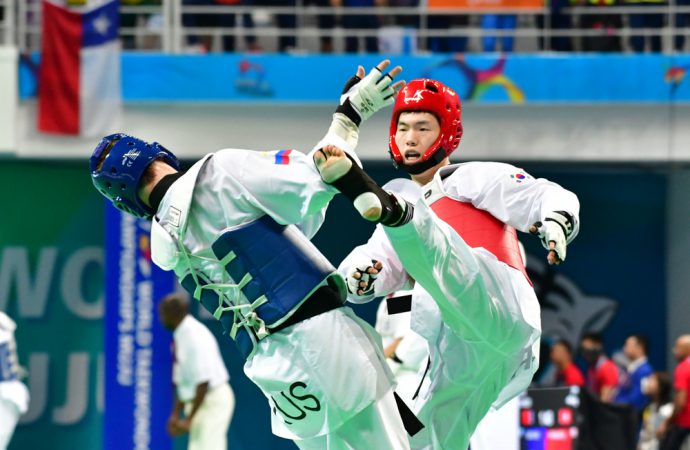 World Taekwondo, the sport’s International Federation, has become the latest organisation to adopt the UNFCCC’s Sports for Climate Action Framework.

A letter detailing the federation’s intention to sign up to the framework, unveiled at COP24 in Poland last December, was signed during the World Taekwondo Championships in Manchester earlier this month in the presence of International Olympic Committee president Thomas Bach.

It was addressed to the executive secretary of the UNFCCC, Patricia Espinosa.

The signing of the framework coincides with the publication of World Taekwondo’s sustainability strategy, which was presented at the World Taekwondo Conference and approved at a subsequent General Assembly.

According to World Taekwondo president Chungwon Choue, the wide-ranging strategy – which is yet to be officially released – focuses on “minimising our impact on the environment all the way through to implementing sustainable policies in the way our federation is governed and operates.”

“As the governing body of a global sport we have a platform to promote best practice principles to the widest possible audience,” he said.

The World Taekwondo sustainability strategy is made up of 17 recommendations to “achieve sustainable events” and “a clear and transparent governance framework”. As well as committing to climate action, the organisation will develop policy to support and accelerate gender equality, financial compliance, ethics and integrity, events management, marketing, and fair and clean sport.

World Taekwondo has become the fifth International Federation to adopt the framework, following in the footsteps of FIFA, World Sailing, United World Wrestling and the International Climbing and Mountaineering Federation (UIAA).

The IOC, UEFA, the NBA and New York Yankees are among the other signatories.

“Climate change is an issue that affects all of us and is something we all have a responsibility to take action against,” Choue added. “That is why we have committed to implementing the principles of the Sports for Climate Action Declaration which are aligned with key recommendations of our sustainability strategy.”