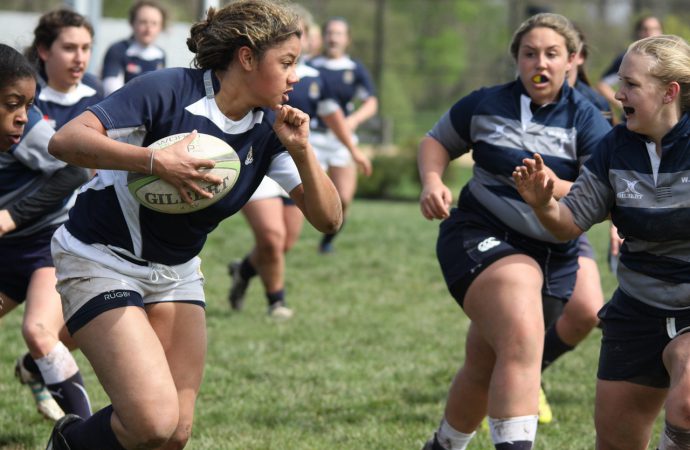 Member unions and regions are starting to implement quotas and targets for female representation in leadership positions following World Rugby’s move to add a significant number of women to its own Council.

As part of its strategic development plan for women’s rugby, Rugby Africa has asked its national unions to include at least two women on their respective boards and to establish Women Advisory committees. The organisation itself has pledged to establish a 30% minimum threshold for female representation in positions of leadership.

Canada Rugby, the national union, has also changed its constitution so that its board will be comprised of no less than 40% of both genders.

In 2017, World Rugby added 17 seats to its 32 seat Council (exclusively filled by men) with women filling all new positions. Brett Gosper, the organisation’s chief executive, said the move transformed the board’s composition, going from “0% of women on the Council to 36%”.

During a press conference in which Gosper and World Rugby’s general manager of women’s rugby, Katie Sadleir, unveiled the body’s new ‘Try and Stop Us’ branding for the women’s game, the chief executive said the “dramatic move” and subsequent progress made by a handful of unions and regions “put pressure” on other unions to follow suit.

However, World Rugby will not be enforcing quotas on member organisations.

He also suggested that gender balance “may even increase” at board level within the global governing body. According to World Rugby, there has been a 22% year-on-year increase in terms of female representation in positions of governance globally.

Sadleir explained that the practical guide published by World Rugby – titled Balancing the Board – and leadership forums the organisation had invested in had accelerated progress. Gosper added that he was hopeful that the new brand identity would help improve things further.

As part of the ‘Try and Stop Us’ campaign (see below), World Rugby has identified 15 female rugby players – from diverse cultures and ranging from the age of 12 to-60-years old – as its ‘Unstoppables’. The campaign theme focuses on the values of rugby – such as passion, discipline and teamwork – with the unstoppable element “applying to the lives of women in general.”

Gosper said that the branding would also strengthen the commercial value of women’s rugby, which is becoming unbundled from the men’s game in term of selling sponsorship and broadcasting rights.

“It’s building off what is already attractive about rugby for any commercial entity. It’s very attitudinally-led, it’s very values-led, very life skills-led. That’s a very valuable place for sport to be and I think rugby has occupied that territory in many ways better than most sports,” he said.

“There’s already that advantage there. Conveying that attitude across the women’s game, but not just the women’s game but women in rugby, which is providing opportunities in all aspects of the game – employment, pastime, passion – I think women in rugby is a very important part of the slogan because it’s not just playing, it’s about all aspects of the ecosystem of rugby that are there for women to profit from and for brands to get involved in.”