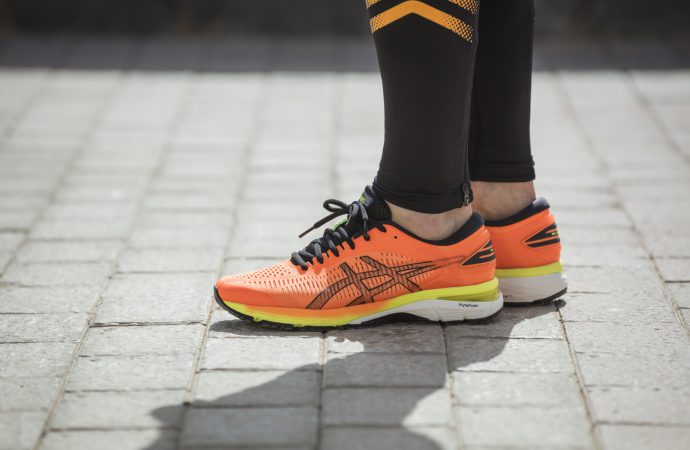 When Japanese athletes take to the track, field, water or arena during the 2020 Olympics and Paralympics in Tokyo, the kit they wear will go beyond just athletic performance – it will, in some ways, be linked to the lives and memories of thousands of spectators watching at home and in the venues.

At least that’s the feeling official uniform designer Asics wants to engender during a nationwide second-hand sportswear collection drive, in which it is inviting the Japanese public to donate old clothes to be recycled and “reborn” into elite sportswear for the nation’s Olympic and Paralympic heroes and heroines.

Between January and May 2019, Asics has been (and will continue to) collect the surplus sportswear to hit its target of 30,000 items. Collection boxes have been set up in Asics retail stores, in the stores of third-party retail partners, and at major sporting events.

And the objective is twofold: to engage the public and foster a sense of collective achievement ahead of the upcoming Games next summer, and to demonstrate that high-performance apparel can be manufactured using recycled material and more sustainable production techniques.

Working with Japanese textile recycling firm Jeplan Inc, Asics is using a chemical recycling technology that extracts polyester from the donated sportswear to create a new polyester resin – and therefore a new garment. This production technique is expected to generated 25% fewer carbon emissions than the conventional production process of polyester resin, and the sportswear giant is hoping that sustainability can be a driver for innovation, with no concessions on quality of performance.

Manufacturing products through this garment recycling process is one of Asics’ key sustainability strategies as it aims to hit ambitious carbon reduction targets. Shortly after announcing its partnership with the Japanese Olympic team, the company’s European arm teamed up with I: Collect (another garment recycling firm) to collect, recycle and reuse sportswear products donated at eight European marathons throughout 2019.

It’s fair to say that sustainability is fast becoming a key priority for all the major sportswear firms. This can be seen in Adidas’ partnership with Parley for the Oceans, in which it creates sneakers and football shirts from recycled ocean plastics, and Nike’s growing commitment to renewable energy.

But Asics is trying to lead the way in many respects. Indeed, it is the only sportswear company (or company involved in the sports industry, period) to disclose sustainability information to the Carbon Disclosure Project (CDP) on an annual basis.

Asics is also the only company in its field to have science-based climate targets – carbon reduction targets in line with the Paris agreement’s ambition to limit global temperature increase to 2°C – approved by the Science Based Targets initiative, although Nike and Puma have both made yet-to-be-approved commitments.

The targets agreed include a 33% reduction on direct carbon emissions (emissions related to energy use for heating buildings, fuel it uses etc) and a 55% reduction in product-related carbon emissions by 2030, hence the major focus on garment recycling and new, sustainable manufacturing techniques.

“If we analyse the global carbon emissions of the Asics Group, we can see that about 80% of our emissions can actually be linked to the product,” Romy Miltenburg, Asics’ EMEA manager of CSR & Sustainability tells The Sustainability Report.

“They’re by far the biggest impact we have as an organisation. So for us the focus is on sustainable manufacturing, sustainable materials and end of life. Those are the three things we need to look at to have the biggest opportunity to reach that 55% reduction on a product level.”

Making the transition to more sustainable materials and production techniques is made more complex by the fact that only a “very small percentage” of Asics’ production business is owned in-house. The majority of its products are manufactured by third-party suppliers, so engaging the supply chain effectively is going to be crucial if the company is to hit its 55% reduction pledge.

“Labour conditions and managing supply chains has been the starting point of sustainability for most companies in the sporting goods and textiles industry,” Miltenburg explains. “If you give a lot of responsibility to third parties you have to be on top of things.”

Those third-party companies are now having to assess 467 footwear items produced by Asics against sustainability indicators, including science-based carbon reduction targets. The company’s latest sustainability report revealed that Asics, along with its supply chain, has managed to reduce water consumption and waste emissions when manufacturing products by 12.5% and 47.8% respectively. The aim is to reduce both by a further 10% for every item of footwear produced at Tier One factories.

Using bio-based materials was also referenced by Miltenburg as one of Asics’ “core strategies” to achieve its science-based production targets. In 2018, the firm’s FlyteFoam Lyte model of running shoe was produced with a sole manufactured from 34% sugarcane waste and 6% from waste pulp (or cellulose nanofiber).

The material was extended to a further eight models in Asics’ range and 64 different designs. Around four million pairs of shoes using this material have been sold in Q1 2019.

Miltenburg says: “We want to provide products and services for our customers and at the same time fulfill our social responsibility. To help improve conditions for the communities around us. That’s one of our founding principles.”

Concerning the latter point, Asics installed a one megawatt solar panel in its distribution centre in Mississippi in 2017 to reduce carbon emissions by 800 tonnes per year. The 3,000 panels are capable of powering 126 homes annually, and will cover around a quarter of the large site’s energy needs over the next 25 to 30 years.

Japanese “modesty”, says Miltenburg, has limited Asics’ communications about its sustainability work in the past. But now the company now sees its progress in this area as a uniques selling point – particularly as consumers at large are becoming more conscious about the products they buy and the brands they spend money with.

“When developing products or materials we look to the future, and if consumers want and need to adopt more sustainable behavior we need to meet the demands they have,” she explains.

“I think there is interest coming from customers and also investors and NGOs. Sustainability and corporate social responsibility plays a big role in creating loyal customers and connecting people long-term with the brand.”

Can sports organisations like clubs, leagues and governing bodies adopt the carbon reduction targets and policies of Asics? Where can they have the most impact? Let us know in the comments below.