How sport can achieve climate leadership through knowledge sharing 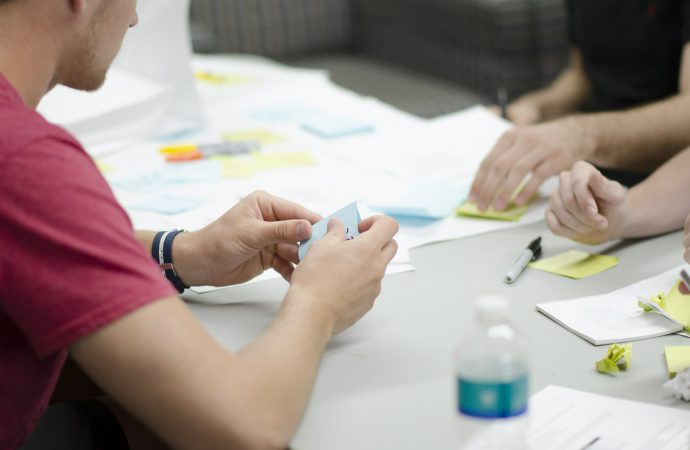 At COP24, the UNFCCC unveiled its Sport for Climate Action Framework – a five-step policy to help the sports sector achieve climate leadership status. The Sustainability Report is looking at each step (or principle, as described by the UNFCCC) in more detail, continuing with Principle Three: ‘Educate for climate action’.

For all the individual efforts of sporting bodies to achieve environmental sustainability within their own organisations, it is of crucial importance that these methods and practices are shared to maximise the overall impact on climate action across the industry.

This is where ‘Educating for climate action’ – the third principle of the UNFCCC’s Sport for Climate Action Framework – comes in. Its purpose is to collate existing resources and expertise to “address potential knowledge gaps”, helping sports organisations to effect climate action collectively and providing a forum for them to understand climate change “in a global and regionally relevant context”.

In 2017, a European National Olympic Committee Sustainability Working Group was established as a forum for sharing knowledge among 10 NOCs. Consisting of Denmark, Finland, France, Germany, Great Britain, Lithuania, Norway, Portugal, Spain and Switzerland, the group has been sharing best practice with the support of the International Olympic Committee.

“There are 206 NOCs around the world, which is a lot, so I wanted to find out how they could support themselves in sustainability,” explains Julie Duffus, sustainability manager at the IOC and the founder of the Working Group.

“The Working Group was set up so that the European NOCs could start to work as a unit and learn from each other through various programmes. Instead of every NOC doing their own projects in isolation, we created it to promote collaboration and bring NOCs together to share best practices in sustainability.

“Each NOC has a focus and a strength in a particular area, and I think it is very useful that other NOCs can learn from that.”

The Spanish NOC has been proactive in its sustainability approach since becoming part of the multilateral agreement. In 2017, representatives from the body got in touch with Duffus to implement the IOC’s sustainability strategy, before contacting the United Nations Global Compact network to adopt the relevant Sustainable Development Goals (SDGs).

Through further consultations with the Spanish government’s Ministry of the Environment, it was able to identify six key aims, which are closely aligned with the IOC’s strategy. One of these involves waste management – and it is here that the Spanish NOC has particularly benefited from its involvement in the Working Group.

“In order to deal with the waste generated through our operations – plastic, paper and other materials – we wanted to implement a sustainable procurement strategy,” says Manuel Landa, marketing director at the Spanish NOC.

“Through membership of the Working Group, we share our knowledge, strategies and our different activities, and we decided to adopt the Swiss NOC’s procurement system here in Spain.”

As a result, the Spanish’s NOC has cut the use of plastic, paper and other raw materials in its organisations, while plastic bottle use has been reduced by 100% – saving the equivalent of seven million tonnes in greenhouse gas emissions.

These plastic bottles have been replaced by glass ones (see image above), which also feature the emblem of the Spanish NOC as well as messages about sustainability and its importance in the world of sport, while sustainable merchandising is now made using recycled products.

What’s more, the Spanish NOC has been working closely with the Spanish Surfing Federation to develop a pilot project in Galicia to educate children about sustainability and the life cycle of plastic waste.

Another of the Spanish NOC’s six aims is mobility. Last year, the body collaborated with the Spanish Table Tennis Federation – hosts of the 2018 European Table Tennis Championships in Alicante – to ensure that all vehicles used at the event were Toyota hybrid cars. These methods were subsequently passed on to the 2018 Mediterranean Games in Tarragona, where Toyota hybrid cars were also the official mode of transport.

“Our vision is to become a benchmark in sustainability and climate action, and to pass on these messages throughout Spanish society,” says Landa. “We haven’t developed this strategy alone. The impact of the Working Group on the Spanish NOC has been very important, firstly because we are now aligned with the IOC sustainability strategy, and secondly because knowledge sharing with other NOCs has made us more efficient.”

“With regard to the Swiss procurement process, we could have started from the very beginning by ourselves, but by sharing this knowledge we were able to adopt the process here in Spain. For us it’s much more efficient, because we are now faster in implementing this strategy.

“Ultimately, the NOCs are all doing more or less the same thing. We have the same mission, the same vision and the same activities depending on the size of the country. It’s better to start on the work other NOCs have already done in the past.”

For the IOC, the Working Group remains important in terms of its own sustainability objectives. With the first sphere of its strategy concerned with leading and supporting the Olympic Movement, the Working Group is seen as part of the process of bringing people and NOCs together to collaborate and share best practice in all areas of sustainability.

There are plans to replicate the success of the Working Group in other regions too. Duffus recently visited Fiji to help establish the Oceania Working Group, and it is hoped that the scheme can eventually be accessed by NOCs all over the world.

“Sport has a huge role to play in educating and inspiring others. If you think of everybody that plays sport in the world – whether they are elite athletes or amateurs in your local clubs – and all the people who watch sport of some kind, the potential is vast,” concludes Duffus.

“Both the UNFCCC’s Sport for Climate Action Framework and the efforts of the European NOC Sustainability Working Group help to standardise what everybody in sport is doing around climate and carbon action.

“The two most important principles are advocacy and education, and I think sport plays a very important role in this regard.”

To read the second part of this series – How sport can reduce its overall climate impact – click here.