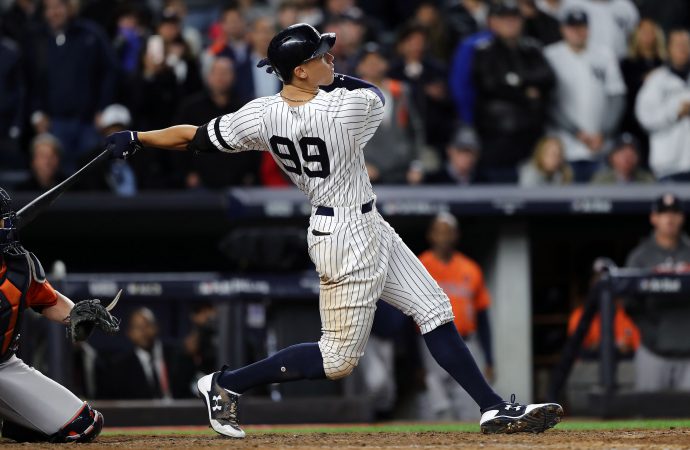 The pledge means that the Yankees will measure, reduce and offset all of its greenhouse gas emissions in line with the Paris Climate Agreement.

FIFA, the International Olympic Committee, UEFA, Formula E, French Tennis Roland Garros and World Surf League are among the organisations the team has joined in making the commitment.

Major sporting events, including the Tokyo 2020 Summer Olympics, the Paris 2024 Summer Olympics and the 2021 Rugby League World Cup have also signed up to the aims of the framework.

Both António Guterres, the UN’s general secretary, and Patricia Espinosa, the UNFCCC’s executive secretary, welcomed the involvement of the Yankees.

The latter said: “I applaud the New York Yankees, this legendary club with its legion of passionate fans, for taking the important step, signing on to the Sport for Climate Action Framework. We need leading organisations like the Yankees to stand up for ambitious action on climate change for the good of the planet and present and future generations.”

Earlier this year, the Yankees became the first professional sports team to appoint a full-time environmental science advisor in the shape of Dr Allen Hershkowitz.

The organisation has also started offsetting its carbon emissions by investing in safe and efficient cookstoves in economically deprived nations to balance out its own negative footprint.

“For many years the Yankees have been implementing the type of climate action now enshrined in the Sports for Climate Action principles, and with this pledge the Yankees commit to continue to work collaboratively with our sponsors, fans and other relevant stakeholders to implement the UN’s climate action agenda in sports.”