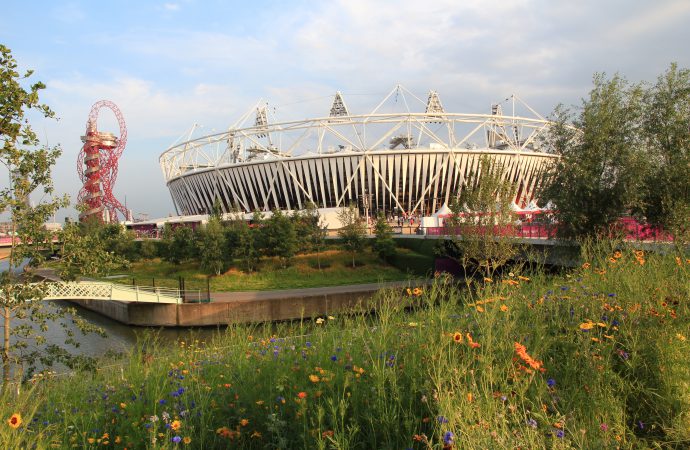 Sports entities should explore the possibility of redeveloping existing venues, converting brownfield sites or using temporary infrastructure before building new permanent facilities on “unmodified natural sites”, according to the International Union for Conservation of Nature (IUCN).

Doing so could avoid significant negative impacts on biodiversity and offer “substantial opportunities” to enhance the local natural environment, especially when converting an old brownfield site.

The number of direct negative impacts caused by building new sports venues and surrounding infrastructure are many. The physical alteration of habitats, loss of trees and vegetation, and disturbance to wildlife that affects their chances of survival were all cited as potential risks by the IUCN, as well as several indirect and cumulative impacts.

However, in its latest set of sport and biodiversity guidelines (produced in cooperation and funded by the IOC), the IUCN highlighted areas of best practice in which sports venues had generated a positive effect on surrounding environments

Two Olympic Parks – Sydney and London – were used to demonstrate the opportunities presented by urban and degraded areas. During planning for the former, developers discovered a colony of Green and Golden Bell Frogs on the site earmarked for the 2000 Games’ tennis venue. The venue was moved and more than AU$1m was spent ahead of the event to conserve the frogs’ habitat.

Sports organisations, public authorities and financial institutions, as well as the firms involved in constructing and decommissioning sports venues, have a responsibility to protect and conserve nature during such projects, said the IUCN.

The organisation added that “most desirable outcome” was the clear commitment to maintaining or improving current levels of biodiversity in the area to be affected by the sports venue being planned. Ideally, that means abiding by all local and national biodiversity requirements, as well as factoring biodiversity into the planning cycle at the earliest possible opportunity.

To help with this process, the guide – titled Sport and Biodiversity: Guidelines for mitigating biodiversity impacts of new sports venues – has a number of checklists around planning, site selection, construction of permanent and temporary venues, operations, and decommissioning and dismantling if the venue is temporary.

Inger Andersen, director general of the IUCN, presented the guide at the United Nations Environment Assembly in Nairobi, Kenya yesterday.

Andersen, who will join UN Environment as its executive director later this year, said it was “in everyone’s interests” – athletes and local communities – and “essential for the long-term viability of the sporting industry” that sports facilities minimise their impacts on biodiversity.

Last year, the IUCN and IOC published their first guide, the Biodiversity and Sport checklist, after agreeing a three-year partnership in 2017.