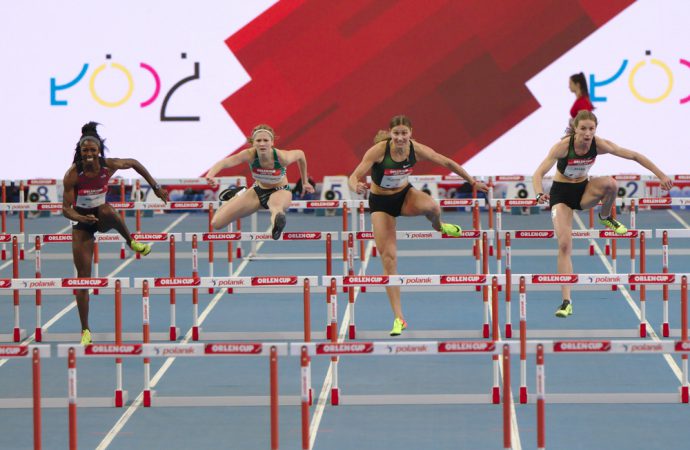 Italian sports surface manufacturer Mondo has been named as European Athletics’ ‘Green Inspiration’ partner due to its “commitment” to environmental sustainability and athlete safety.

The organisations signed a four-year deal ahead of last week’s Indoor Championships in Glasgow. Mondo also becomes the federation’s official supplier for the main events in which it provides track and flooring.

Svein Arne Hansen, chief executive of the governing body, said Mondo’s products are “safe for athletes and the environment”, and were helping European Athletics achieve its own ambitions in the field of sustainability.

According to Mondo, raw materials that go into its surfaces include 38% contaminant-free recycled materials and 10% non-petroleum based natural rubber.

It’s production facility in the Italian town of Gallo d’Alba uses a solar photovoltaic system for energy, preventing the release of 2,000 tonnes of carbon emissions every year. The facility is ISO 14001:2015 (environmental management) certified.

Surfaces produced by Mondo are “heavy metal-free” and “in compliance with the most stringent air quality standards”, limiting athletes’ exposure to volatile organic compounds (VOC).

European Athletics established its Green Inspiration brand in 2013 as a means of using its events to promote sustainability, launching projects around environmental protection, healthy lifestyles and physical education.

As part of its own sustainability programme, the body has also developed a Sustainable Athletics Event Guide and an Eight Step Sustainability Guide.