Microplastic sampling to become ‘integral part’ of The Ocean Race 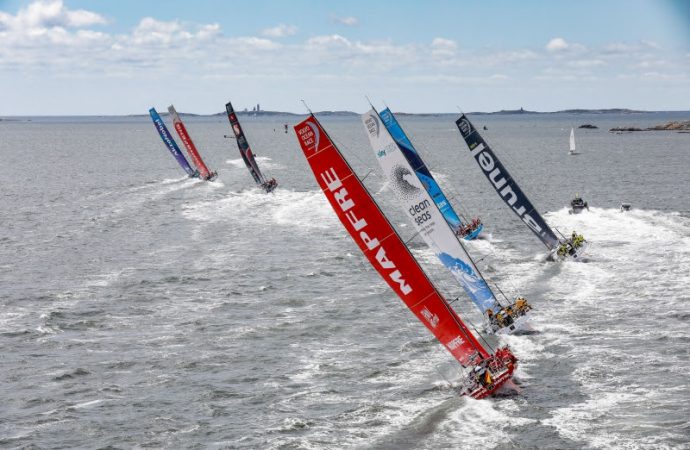 Boats competing in the next edition of The Ocean Race are likely to be designed with integrated equipment that will measure marine health throughout the competition.

A recently-published sustainability report, for what was known as Volvo Ocean Race, indicated that an ambitious microplastics sampling project (known as the Science Programme) that occurred during the 2017/18 season would be ramped up for the next event in 2021/22.

To make sampling an “integral part of the race”, organisers are aiming to engage and collaborate with all teams at an early stage so that instrumentation can be integrated into boat design from the outset, minimising the impact on the race by avoiding “inconvenient add-ons” at a later stage.

During the 2017/18 edition of the race, Team AkzoNobel and Turn the Tide on Plastic, skippered by Dee Caffari, helped to collect and analyse 86 samples from various oceans alongside Science Partners Future Ocean Kiel, Geomar and SubCTech.

Almost all of the samples (93%) contained microplastic.

The Ocean Race wants to build on its existing partnerships and “establish further relationships with reputable institutions” in the scientific community to create a standardised method for microplastics research ahead of the new season.

It’s also aiming to expand its sampling capabilities beyond ocean plastic (although it will remain the main focus) to measure and highlight other specific ocean health issues.

The ambition, scope and innovation behind the Science Programme saw it scoop a number of awards of the last few months. Most recently it was recognised by the Ocean Tribute Awards – an award that goes alongside the Sports CSR Campaign of the Year gong it won at the International Sports Awards and the Best Corporate Campaign or Initiative in Sport for Good award it picked up at the Beyond Sport Awards.

Despite the recognition, the Science Programme was just one part of Volvo Ocean Race’s extensive 2017/18 sustainability programme.

Through its work with UN Environment, the competition encouraged 20,000 people – and three countries (Spain, New Zealand and Wales) – to sign up to the Clean Seas Pledge. Other achievements include: 388,207 single-use plastic bottles avoided at 12 stopovers; 67% of all waste resources recovered, recycled or composted; and 2.5 million visitors exposed to sustainability messages at Race Villages.