Children to learn leadership, life skills and rugby thanks to £1.5m fund 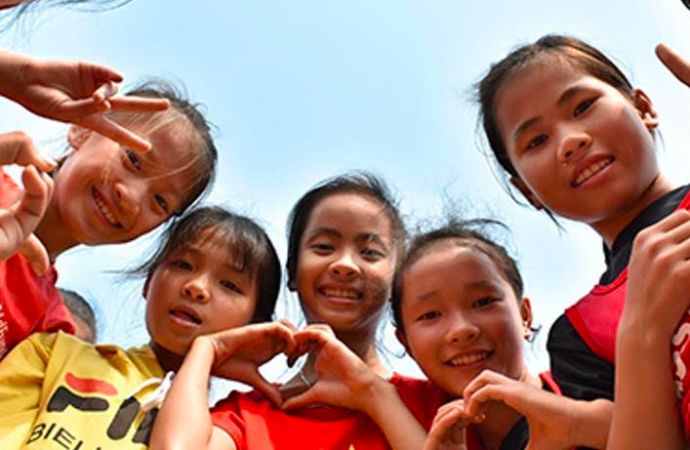 More than 25,000 children from disadvantaged backgrounds in Laos, Vietnam and the Philippines will be taught leadership and life skills through a rugby-based development programme funded primarily by corporate sponsors of the 2019 Rugby World Cup.

A donation of £1.5m has been made to ChildFund Pass It Back, a sport for development programme devised by the ChildFund global alliance, through commercial partners of the tournament and the wider “global rugby family.”

The programme uses tag rugby to teach young people life skills in order to inspire positive social change in their communities. In all three nations, people living under the poverty line is over 20% – compared to a global average of 10%.

With a focus on gender equality and inclusion, half of all players and coaches on the programme to date have been female.

World Rugby, the sport’s global governing body, appointed ChildFund as the principal charity partner for the Rugby World Cup 2019, which is being staged in Japan later this year. The organisations already have a long-term partnership in place (alongside Asia Rugby) to grow the programme within other nations on the continent between 2016 and 2022.

Donated funds are also being pledged to help rebuild disaster-affected communities in Japan, specifically Kamaishi, which saw more than 1,000 of its 35,000 inhabitants killed during a tsunami in 2011. A memorial stadium, that has been earmarked to host matches during the World Cup, has been built in the town since.

Brett Gosper, the chief executive of World Rugby, said the funding was “transforming the lives of children living in some of Asia’s most vulnerable communities.”

“We are thrilled to see this powerful demonstration of the spirit and values of rugby among fans throughout the world, which reaffirms our belief that Japan 2019 will be the most impactful Rugby World Cup,” he added.