How the Ryder Cup accelerated a nationwide biodiversity project 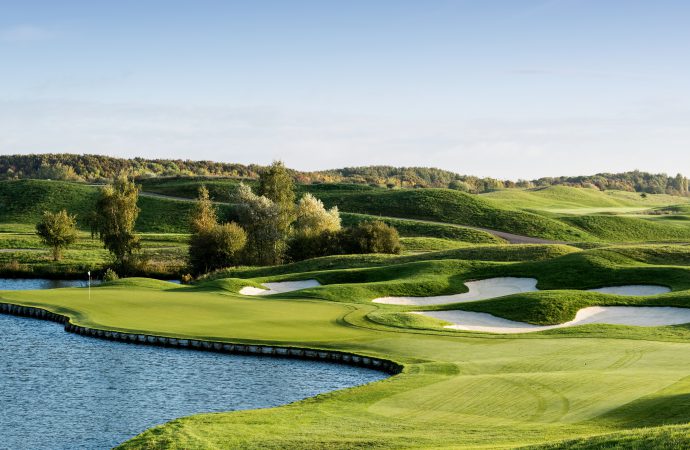 Paris’ Natural History Museum helped Le Golf National mitigate the negative environmental impacts of hosting the tournament. Now the project is being rolled out across France

Le Golf National, the venue for the 2018 Ryder Cup, established a biodiversity project to protect the surrounding area during one of the biggest events on the golf calendar. Working closely with the National Museum of Natural History in Paris, there are now plans to roll the project out across French golf courses. Thomas Charrier of ffgolf (the French Golf Federation) tells The Sustainability Report more.

The awarding of the 2018 Ryder Cup to Le Golf National in May 2011 marked a historic moment in French golfing history as the country began its preparations to host one of the world’s most prestigious golf tournaments for the first time.

While the question of accommodating the expected 250,000 fans at the biennial showdown between Europe and the USA was an important consideration, tournament organisers Le Golf National and ffgolf also identified a second issue that needed to be addressed –  one that has been historically neglected in the planning and execution of major sporting events: the impact of the competition on the wildlife and natural habitat of the surrounding area.

With this in mind, ffgolf entered into a partnership with the Paris-based National Museum of Natural History in 2016 to assess the ecological issues facing France’s golf courses, focusing on four key objectives:

Le Golf National’s hosting of the 2018 Ryder Cup acted as a key project for the initiative.

“First of all, we had to identify the biodiversity issues at Le Golf National (rare species, natural habitats, ecotones) as a way of reconciling, as well as we possibly could, the organisation of a one-off event such as the Ryder Cup with the preservation of environmentally sensitive areas,” says Charrier.

In fact, Le Golf National’s association with the Museum pre-dated the 2016 agreement when an initial biodiversity inventory was carried out on the course in 2007, which brought to light the site’s environmental value while also highlighting the role golf courses can play in preserving natural heritage.

This meant that when the partnership was resumed in 2016, both Le Golf National and the Museum were well-placed to develop a long-term plan for the protection and enhancement of the site’s natural heritage beyond the Ryder Cup.

“The Museum’s teams made an initial assessment of the biodiversity issues at the site using a specific methodology it had developed called the Environmental Quality Indicator (EQI),” Charrier explains.

“This is a scientific tool that enables the site’s biodiversity to be monitored over time. This assessment enabled the identification of key areas and the pinpointing of the changes that needed to be made to host the Ryder Cup, once these areas and the recommendations of the Museum’s experts had been taken into account.”

As part of this meticulous work, the Museum compiled a database of the biodiversity and wildlife in the surrounding area, as well as a methodology to help preserve species and the habitats in which they live. More than 350 species of fauna and flora can be found in the database – 13 of which are classed as rare – while eight microhabitats have also been created. This knowledge has enabled Le Golf National to identify endangered habitats and create new ones if they cannot be protected.

“Although the preparations for the Ryder Cup and the event in itself would not have been without impact on the site, in providing its expertise, the Museum pointed out the effect of the event’s organisation on biodiversity and provided advice on preventing, reducing and, as a last resort, compensating for them afterwards,” says Charrier. “To ensure the speedy recovery of the site’s biodiversity, we will embark on a major landscape and biodiversity action plan this year.”

While it is too early to assess the overall impact of the project, both the course authorities and ffgolf are committed to the long-term preservation and development of Le Golf National’s natural heritage, with a second EQI assessment in 2019 already planned to compare the state of the site’s biodiversity before and after the Ryder Cup.

“The action we are taking will lead to a reduction in negative effects, though only the conclusions of the next assessment will allow us to gauge the impact accurately,” Charrier reveals. “We will implement commensurate compensation measures, manage the landscape in such a way that it fosters biodiversity, and train our course personnel to adopt the management practices recommended by the Museum’s experts.

“Our objective is to put together a coherent roadmap to restore biodiversity and enhance Le Golf National’s visitor potential.”

That being said, the fact that there are now plans to roll out the scheme in French golf courses nationwide as the rebranded Golf Biodiversity Programme (le Programme Golf pour la Biodiversité) suggests that while the full results of the Ryder Cup project at Le Golf National are not yet known, there are already encouraging signs that biodiversity across the whole country could benefit – not just a small corner of Guyancourt in the southwestern suburbs of Paris.

“The experience we gained at Le Golf National inspired us to design scientific tools and services that would allow our clubs to identify their natural heritage and preserve and enhance it,” Charrier summaries.

“A new club certification initiative called the Golf Biodiversity Programme was launched in 2018 and, drawing on the expertise of local nature organisations, 27 clubs have already signed up for the programme, with many more joining them in the years to come.

“By participating in numbers, clubs will enable the Museum to carry out an unprecedented study on biodiversity issues at France’s golf courses. They will also provide evidence of the work they have been carrying out for many years to ensure the sport of golf becomes even more environmentally friendly.”

With around 700 golf courses occupying 30,000 hectares of land on L’hexagone – and plans to develop a similar programme for French Overseas Territories – the potential is great.