How sport can reduce its overall climate impact 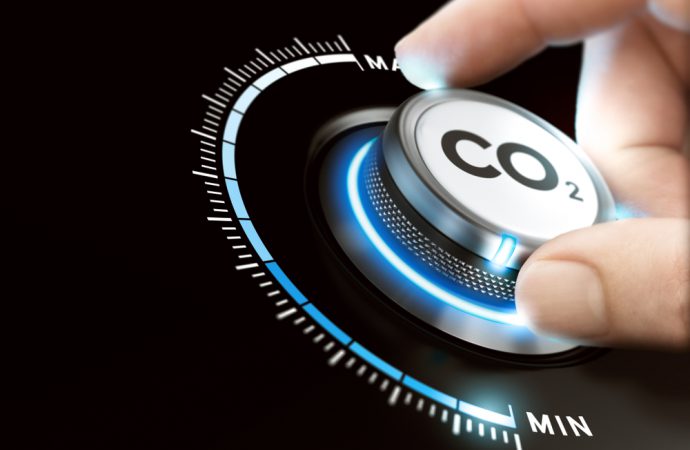 Reducing climate impact is the second – and probably most significant aspect – of the UN’s Sport for Climate Action Framework. The Sustainability Report investigates the steps sports organisations need to take

At COP24, the UNFCCC unveiled its Sport for Climate Action Framework – a five-step policy to help the sports sector achieve climate leadership status. Over the first five months of 2019, The Sustainability Report will look at each step (or principle, as described by the UNFCCC) in more detail, continuing with Principle Two: ‘Reduce Overall Climate Impact.’

For an individual, reducing overall climate impact can seem a daunting task given that almost any action taken in our daily lives produces a negative environmental effect. For sports organisations, this is amplified to an even greater extent since the principal goal of any event is always to attract the greatest amount of spectators, requiring larger stadiums and more energy.

How, then, can sports organisations reduce their overall climate impact without altering the very nature of their existence and losing fans? The UNFCCC’s message builds upon the first principle in its framework, being systematic about climate action, by encouraging those who have signed up to the policy to accurately measure impact and act on the conclusions drawn from data, all while moving on from unfocused, ad-hoc methods.

But with so many aspects of hosting an event tied to negative environmental impact, how can governing bodies know what to measure? One solution is to have a central set of standards that all sports organisations should use to measure their impact.

“It’s important that there are standards that are agreed to at an international or industry level so that everyone is working from the same song sheet,” said Matt Dolf, director of strategic support at UBC Wellbeing. “That way, they can’t simply move the goalposts to focus on areas they think are important. In my research, I’ve found that if you can at least measure travel, energy use in venues, accommodation, and food, you will get a clear sense of the key areas.”

Though all-encompassing standards hold many benefits, it has proved complicated for any one organisation to provide a set of measures that are relevant to all sports. The variety of sports organisations with regards to size, location, and event type alone means that everyone has their own preferred focus and unique impact on climate, while the widest reaching standards are simply too large for most medium or small organisations.

Given the lack of centrality, there are now many smaller standards and reporting outlines appearing, though this proliferation renders it all the more difficult to compare the impact between sports and makes accountability far more elusive.

With a vast amount of data collected regarding sustainability and environmental impact, it is imperative that organisations extensively analyse the findings and consequently understand the areas in which they have the biggest impact. This is fundamental in avoiding an ad-hoc based approach. With the statistics evaluated, the conclusions drawn should then guide all future decision making within the organisation to establish sustainability as a central pillar rather than an afterthought. By using data in this manner, organisations can focus on activities that have the highest contribution to their climate footprint and implement the most cost-effective policies.

Once the appropriate measurements have been collected and correctly understood, sports organisations can then effectively take action to reduce their climate impact. One governing body that is setting benchmarks in its proactive approach to and execution of sustainability programmes is World Sailing.

Indeed, the governing body’s own set of targets had been issued through its Sustainability Agenda 2030 before the Sports for Climate Action Framework came into effect. A 12-year plan comprised of 56 targets, the blueprint aims to reduce World Sailing’s impact across many of the Sustainable Development Goals defined by the UN, with four specifically focused on climate measures.

According to Dan Reading, sustainability manager at World Sailing, the ideas put forward by the UNFCCC align perfectly with its own. “When the opportunity to participate in the Sports for Action Framework arose, we felt it was very important to do so because, as part of our corporate strategy, there’s an emphasis on being leaders in the sport, and we certainly see sustainability as an area we can lead in.”

Embedding sustainability as a key tenet of World Sailing’s philosophy as opposed to including it as an add-on has enabled the governing body to make concerted and, more importantly, coordinated efforts to reduce its footprint.

Having committed itself to carbon neutrality, World Sailing has taken a data-driven approach to managing its impact. “It’s an ongoing process, but we prioritise the areas where we can have the greatest impact and focus on those first. It’s very strategic and there’s a clear methodology in place rather than just random ad-hoc targets,” states Reading.

One of the clearest examples of this applied by World Sailing is linked to the very essence of the sport – boats. In accordance with its pledge to not only become carbon neutral by 2022 – but to also reduce its carbon output by 50% just two years later – the governing body has moved to phase out combustion engine-powered support boats, one of the biggest carbon emitters for World Sailing. This approach encompasses the preferred strategies outlined in the Take Action segment of the Sport for Climate Framework – Avoid, Reduce, and Substitute.

“Firstly, we are trying to reduce the number of support boats, which include both coach and broadcast vessels, though, eventually we are looking to phase in the use of electric coach boats. Another method implemented at our World Cup event in Miami was the use of drones and GPS tracking, which could mean that in years to come there may not be a need for officials to be on the water in person.”

World Sailing tackling one of its biggest direct sources of carbon emission demonstrates a clear adherence to the measure and understand principle, and it is this adherence that allows it to take effective action.

The organisers were also able to redirect 3.28 tonnes of waste from landfill, or 89.8% of total waste created, instead recycling or composting and preventing 22 tonnes of carbon dioxide from being released into the atmosphere. Such an approach remains central to World Sailing, and as such, its recent event in Miami became the first in the Hempel World Cup Series to go single-use plastic free.

Although ad-hoc schemes can have short-term value, they should never provide the foundation on which sustainability policy is built. Only through a systematic approach can organisations truly have a significant impact on their climate footprint. Accurately measuring and understanding data should underpin any action taken, and if the findings are used to guide policy from the outset, organisations will truly be able to reduce their climate impact and move towards carbon neutrality.

Check out the first part of this series – How sport can become ‘systematic’ about climate action – here.