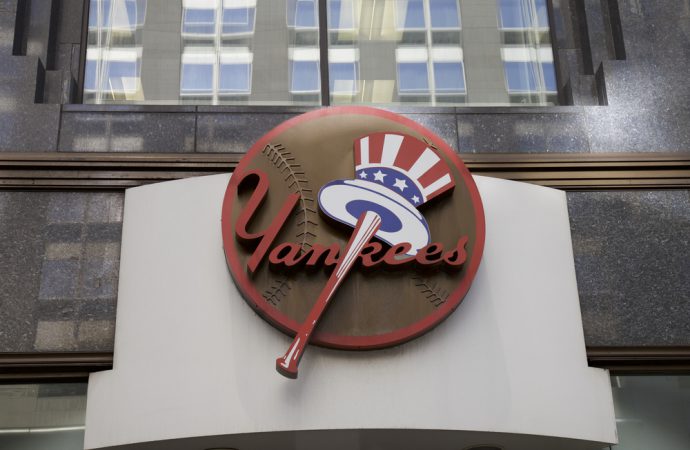 The co-founder of SandSI has been working with the New York Yankees for a decade – but in formalising his position, the team wants to send a message to the rest of the sports industry

Science and sport are intrinsically linked: whether you’re talking about the extensive sport science teams that are enlisted by professional clubs to ensure that athlete performance reaches a peak, or the physics behind a perfect golf swing.

But it may have raised one or two eyebrows when the New York Yankees (perhaps the most recognised sports brand in the US) hired sport’s first environmental science advisor in the shape of Dr Allen Hershkowitz last week.

Those unfamiliar with the growing sport and sustainability movement may wonder why the Yankees have made such a hire. Others may openly question why the team – widely perceived as a traditional and conservative institution – is making such a commitment to an area that is not acknowledged as a core part of its business (i.e. winning baseball games and generating revenue).

The Yankees, however, have quietly developed a reputation as pioneers in this space and have worked with Hershkowitz on reducing their carbon footprint for almost a decade before making his position formal. The Yankees Stadium already diverts 90% of its waste from landfill, composts and uses energy-efficient LED lighting. It also measures its carbon emissions and offsets those that are unavoidable.

Who is Allen Hershkowitz?

An environmental scientist for the Natural Resources Defense Council (NRDC) for 26 years, Hershkowitz has devoted his career to championing sustainable development. Once named ‘The Godfather of Greening’ by Yoga + Joyful Living Magazine, many will now consider him as ‘The Godfather of Green Sports’ because of his extensive work in the area over the last 15 years.

In 2011, Hershkowitz founded the Green Sports Alliance – a network of professional sports organisations and venues in the US working towards more sustainable solutions – to build on consulting work he had undertaken for organisations like the NBA and the New York Yankees, among others.

He has since co-founded the more global Sport and Sustainability International (SandSI) (an organisation he chairs) that was established in 2016. SandSI is operated by some of the foremost sport and sustainability professionals in the world and its president, Julia Pallé, is the senior sustainability consultant for Formula E, the electric car racing competition.

Hershkowitz’s rationale for getting involved in sport was twofold. The universal popularity and reach of sport means that if a large sports team or organisation develops a sustainability project, or commits to reducing its carbon emissions, then a larger proportion of society will be exposed to that news and may be influenced by it.

Indeed, when Hershkowitz speaks at events or conferences he will often use a simple but effective statistic to back up his hypothesis: “Sixteen per cent of Americans follow science, but 70% follow sports.”

The partisan debate around global warming in the US has put “a lot of pressure on scientists”, Hershkowitz tells The Sustainability Report, despite there being scientific consensus around man-made climate change. In fact, one of the motivations of the Yankees making his position formal was to “elevate the visibility” of the work the team does in this area to “get other teams to embrace the mission” and to make the issue less political.

“The Yankees want to make a statement that sound science matters to their operations,” he explains. “An attack on science is an attack on American culture. The US was built on science and engineering. From our the building of our railroads and airports, to putting a man on the moon. It’s foundational to the United States and it demeans our culture to attack science.”

Hershkowitz also wanted to see how the sports sector could influence other industries in its supply chain.

“When I started doing this work on sport and sustainability 15 years ago, it wasn’t so much the operations of the venues I was interested in, it was the supply chain,” Hershkowitz says. “Every industry is involved in sports – food, textiles, energy, paper, plastic.

“They’re all suppliers and sponsors of sport. And if we can get the message out, using non-political means, like saying that it’s important to the Yankees, then that’s an entirely different message.”

Engaging the Yankees’ supply chain is, in fact, one of the first big projects Hershkowitz will undertake in his formal role. The team works with more than 150 suppliers, many of which are large beverage and food brands.

“Educating them about the need to eliminate greenhouse gas impacts is front and centre of our agenda,” he says.

The Yankees are also developing a project around wellness and healthy venues that will build on the partnership the team developed with PlanLED, which saw the installation of “human-centric” LED lighting at Yankees Stadium.

A carbon offsetting project, in which the Yankees compensated for unavoidable greenhouse gas emissions by investing in safe and energy-efficient cookstoves in Uganda and Mozambique, will continue. Cookstoves, replacing indoor cooking fires, have the ability to save lives by drastically reducing smoke and pollution inside African households. They also contribute to the protection of local biodiversity as families need to cut less wood to cook their meals.

But the overriding ambition for Hershkowitz and the Yankees is to make the role of ‘environmental science advisor’ more common in the sports industry.

“I knew the Yankees were a popular and visible organisation, but I never had the understanding of how popular and visible they were until I was affiliated with a press release,” he says. “After the announcement, dozens of climate scientists who are fans of other sports teams said that their team should do this.

“I think what the Yankees want is to instigate the cultural shift in sport and the supply chain of sport.”

And one of the first major steps to encouraging other similar organisations to do the same is to demonstrate the business case. Hershkowitz doesn’t think this should be a problem, pointing at two ways to prove it: financial gains and improved brand reputation.

“Operating efficiently is a financial winner,” he explains. “Pollution is a waste and the more efficient you are the less you pollute. The Yankees changing their lighting has also saved them hundreds of thousands of dollars.

“Then there’s the brand enhancement side of things. Sports teams are very sensitive to brand image – arguably no business is as concerned about brand image as a sports team is. IBM and BBC all want brand loyalty, but I don’t know any other businesses that see their customers get into fist fights with customers of other companies,” he says laughing.

“How many customers attack the venues of other businesses? Brand loyalty in sports is in a class by itself.”

Will the role of environmental science advisor become more commonplace in the sports industry? Let us know what you think in the comments below.