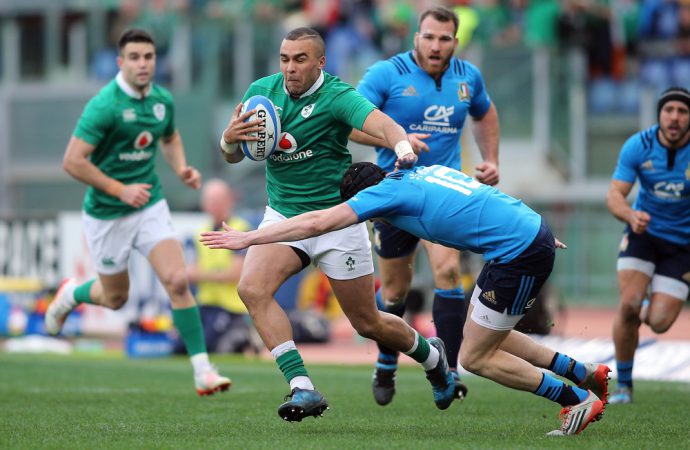 Waste management is a key part of mitigating negative environmental impacts for stadium operators during the tournament. But finding an alternative to single-use plastic is a common challenge

The 2019 Guinness Six Nations kicked off last weekend in explosive style, complete with a new sponsor and an added edge as Europe’s finest cast one eye on the Rugby World Cup in Japan later this year.

The northern hemisphere’s showpiece rugby tournament is passionately embraced by fans across the six competing nations, and that legendary zeal translates into large cohorts of travelling supporters and city-wide celebrations that continue long after the final whistle.

Across five weekends in February and March, six European capital cities (London, Edinburgh, Cardiff, Dublin, Paris and Rome) will have to accommodate those festivities, making sure that they are as fun, safe and, increasingly, environmentally sustainable as possible.

Waste not, want not

Given that each host stadium can expect to welcome in excess of 50,000 fans on each match day, it’s not surprising that waste management is a primary focus for the venues.

At the Aviva Stadium in Dublin, sustainability, in general, is a core part of the day-to-day operations. The facility has its own sustainability policy (complete with mission statement and concrete commitments) and has implemented the ISO 20121 Event Sustainability Management System, which has waste management as one of its core metrics.

“Since the stadium opened we’ve had pretty good recycling systems in place, and we’re trying to get our recycling rates up as high as possible,” Aidan Byrne, the Aviva Stadium’s sustainability manager and facilities officer, tells The Sustainability Report.

In tandem with its local waste management provider, the Aviva pays close attention to keeping trash separate. The venue has a segregated bin system and staff go on additional litter picks, baling cardboard and plastic separately. Additional waste that has been mixed is separated off-site at a waste handling facility.

Any current discussion about waste management will inevitably turn to the subject of single-use plastic, and the catastrophic impact it is having on the oceans and marine life. Phasing out this material at major sporting events is a significant challenge for venue operators, which have traditionally served the majority of beverages in plastic cups.

Twickenham has employed a reusable cup scheme for a number of years, and Murrayfield followed suit last autumn. But while Byrne acknowledges the growing wave of public awareness around the negative aspects of plastic, he is keen to stress that the issue is a multi-faceted one.

“It’s definitely gathered a lot of attention in the last year, but whether you see all sporting venues adopt them (reusable cups) in the next few years I’m not so sure. There are issues with packaging, and a lot of it has to be lead by the manufacturers.

“We looked at compostable plastic cups, but a lot of people don’t realise that these often require a lot of energy to dispose of, and you need a special facility that can process them.”

Spectators have their part to play as well, adds Byrne. “We want to lead by example and improve awareness, but if you go too far it won’t be adopted,” he says. “We changed our bin system two years ago. Initially, we had a four-way bin, which was great on paper but actually a bit over-engineered. It looked good, but in practice, people would put everything in one bin, so we changed it to a more simple split of general waste and recyclables, which is what everyone is used to at home.”

“We’ve also been looking at single-use plastics. We’ve come under pressure from our spectators, and we have made small inroads with the adoption of paper straws and bamboo cutlery. But to change our cups we’ve also got to change all of our pouring equipment,” he explains.

“We used to use corn-starch cups, but they were flimsy and they were actually a safety issue, with too many spillages leading to lots of slips and trips in the seating aisles.”

Despite the successful introduction of recyclable cups at Murrayfield, Scottish Rugby also had to curtail its aspirations. After examining the feasibility of introducing compostable PLA plastic or oxo-biodegradable cups – rather than a rigid recyclable cup – the governing body discovered that the waste facilities needed for separation and the correct composting of the former aren’t yet widely available in Scotland.

Although mitigating negative environmental impact was not high on the agenda when the Principality Stadium was designed in the 1990s, the venue has made some key moves over the last decade to become one of the most sustainable in the UK.

In 2011, it achieved the BSI British Standard 8901 certification making it the UK’s first certifiable sustainable event stadium. It has since implemented further initiatives, such as more resourceful use of a rainwater collection system to water the pitch and wash the stadium, changing the stadium’s lighting to energy-efficient LEDs, and moving from a palletised pitch – which would regularly be disposed of and re-turfed – to a permanent grown-grass playing surface.

Sustainability continues to remain a top priority: “We are a member of BASIS – the British Association for Sustainable Sport – and we support that 100%. There are a number of venues that are members, and we get together on a regular basis to discuss who’s doing what and how, providing opportunities to improve and share information,” explains Crossman.

Implementing new procedures and infrastructure can be expensive, but with business costs continuing to rise the prospect of an energy-efficient stadium is an enticing one, says Crossman.

“If you address sustainable development properly, it makes a lot of business sense in the long run. This year alone we’ve had a 40% increase in our energy costs, so it really brings sustainability projects into focus,” he adds.

Promisingly, the desire to tackle these issues is reaffirmed back at the Aviva. “We’ve been going down this path from day one, but it’s an ongoing thing,” stresses Byrne. “We get audited by our certification body every six months, and we want to show them improvements every time they come in.”

What other major events are placing an emphasis on waste management? How can the sports sector work together to reduce or eradicate the use of single-use plastics in venues? Let us know in the comments below.