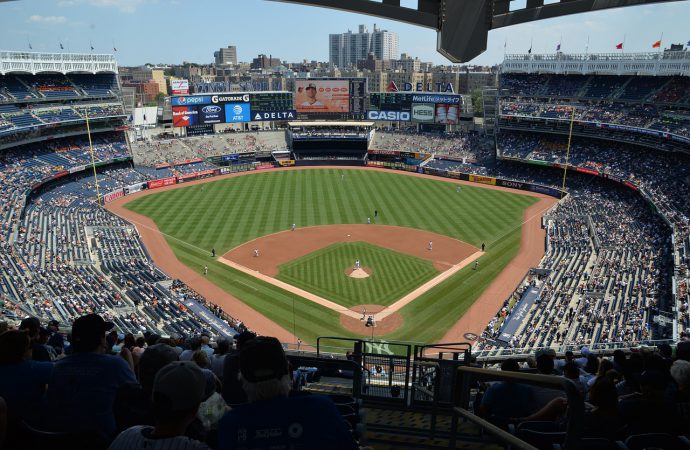 Dr Allen Hershkowitz, the chairman of Sport and Sustainability International (SandSI), has been appointed by the New York Yankees as an environmental science advisor – said to be the first position of its kind in professional sport.

In his new position, Hershkowitz will guide a number of new and existing environmental initiatives for the Major League Baseball franchise, with a particular focus on energy use, waste management, water conservation and food services.

He will also use his position to encourage responsible environmental stewardship among suppliers, sponsors, fans and the local community.

Sustainability has been a major focus for the Yankees over the last few years, with the installation of energy efficient LED lights at the Yankees Stadium ahead of the 2016 season, as well as the implementation of a zero-waste policy that sees 85% of the venue’s total trash diverted away from landfill.

The team has also been among the first professional sports organisations to offset its unavoidable carbon emissions by investing in third-party verified sustainable development projects.

Hershkowitz was instrumental in facilitating the Yankees’ latest carbon offsetting project, in which the team invested in safe and efficient cookstoves in economically deprived nations to balance out its own carbon footprint. MLB rival the New York Mets, NASCAR, Major League Soccer and the United States Tennis Association also participated in the project.

“Being appointed as the Yankees’ environmental science advisor is a unique honour and responsibility,” said Hershkowitz, who also co-founded the Green Sports Alliance and spent 26 years as a senior scientist at the Natural Resources Defense Council.

“I applaud the team’s leadership for breaking new ground in the sports industry be being the first team to create this important position,” he added.

Doug Behar, the Yankees’ senior vice-president for stadium operations, said Hershkowitz’s guidance thus far had been “invaluable” and helped the organisation “emerge as an environmental leader.”

“With him on our team, we anticipate the development of many more important initiatives that will build on our existing efforts to better our organisation and planet,” he said.