How sport can become ‘systematic’ about climate action 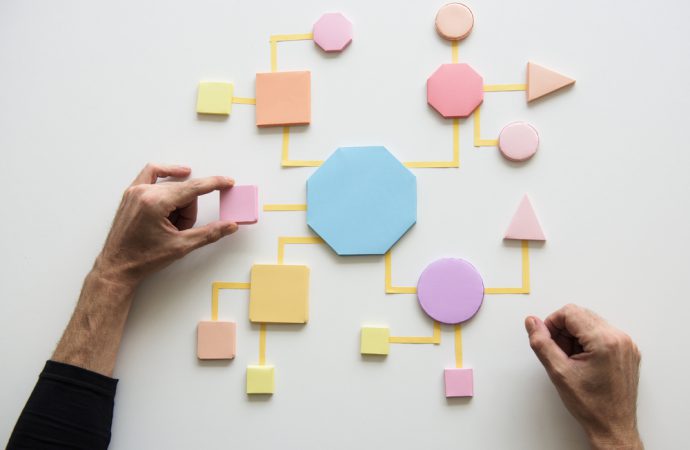 The first step to climate leadership, says the UNFCCC’s Sport for Climate Action Framework, is to ‘undertake systematic efforts’ to promote environmental responsibility. But what does that mean?

At COP24 the UNFCCC unveiled its Sport for Climate Action Framework – a five-step policy to help the sports sector achieve climate leadership status. Over the next five months, SSJ will look at each step (or principle, as described by the UNFCCC) in more detail, starting with Principle One: ‘Undertake systematic efforts to promote greater environmental responsibility’

Becoming systematic about sustainability is challenging for most organisations that don’t have environmental or social goals as core objectives. Many think being sustainable is about developing a recycling initiative or putting their weight behind a philanthropic cause. These ad-hoc projects, although worthwhile, don’t represent an integrated or systematic approach to sustainability.

When the UNFCCC published its Sport for Climate Action Framework in December last year, the first principle it asked signatories to commit to was becoming systematic about sustainability and, more precisely, environmental responsibility.

The call to action was clear: “move beyond” the ad-hoc and towards the “comprehensive incorporation of climate change and its impacts into business strategy”, including operations, events, procurement, infrastructure and communications. It’s about creating a process, not doing things in isolation.

But how does this look in practice? According to the framework, it all starts with leadership at board and executive level.

Andy Hunt, the chief executive of World Sailing, was among the first framework signatories and spoke as one of the panellists during the COP24 session where it was unveiled. The international sport federation is one of the few to have published a comprehensive sustainability strategy and, more crucially, include sustainability as part of its overall business strategy.

‘Leadership in sport’ is one of four main pillars referenced by World Sailing in its 2018-2022 strategic plan. Among the strategy’s objectives is the publication of its Agenda 2030 sustainability roadmap (which was delivered in March 2018), the pledge to achieve a number of milestones set out in that document by the end of 2022, and to achieve other social goals, such as gender equity in competition, coaching, race management and governance.

“For the sport of sailing it’s relatively straightforward why we would do this,” Hunt said at COP24, hosted in Katowice, Poland. “Sailors are saying to us that climate change is impacting their environment. Over an 18 month period, we went out to consultation with all our stakeholders and developed a strategy (Agenda 2030) that had 56 tough targets. Four of those targets are around climate change – and 75% of our global membership supported having climate change targets, so that’s really important to us.”

World Sailing’s main objective around climate change is to become carbon neutral by 2022, and then to reduce its overall carbon output by 50% two years later. To achieve this, the body is implementing a number of regulations, such as prohibiting the use of support boats that have fossil fuel combustion engines during competitions.

Radical regulation change is a bold step for any governing body, but World Sailing combines that with consistent dialogue about sustainability operations. It was an integral theme at the organisation’s main conference last year. A World Sailing Sustainability Commission (chaired by English yachtsman Mike Golding OBE) exists, crafting the overarching sustainability vision and reporting directly to the board. In short, sustainability has developed into a process for World Sailing, not an optional extra.

Like World Sailing, the International Ice Hockey Federation has a commission dedicated to environmental responsibility, although it’s named the Social and Environment Committee. Chaired by Beate Grupp, the IIHF has published its own Manuel for Sustainable Events and has also developed a “sustainability profile”, which must be adopted by all top tournaments.

Numerous pieces of research conducted over the past few years have demonstrated that if there’s no executive buy-in or board accountability for sustainability operations, it’s very difficult to move the topic beyond the periphery and make it a process within the organisation. “As long as it’s (sustainability) considered a support function and not a strategic function,” said BSR’s State of Sustainable Business 2018 report, “we will only make cosmetic progress.”

It could take governmental policy to make the change. France’s Ministry of Sport recently developed 15 environmental principles for sports events to adhere to, making environmental responsibility a business imperative. In the UK, the government has tied grant funding for national governing bodies to board level diversity in its Code for Sports Governance. The idea could be adapted for sustainability objectives.

Ultimately, though, it’s about sports organisations understanding the opportunities and risks that come with implementing – and declining to implement – climate change policies.

Those serious about committing to climate action will be expected to incorporate ‘robust approaches to reducing their climate impact’. That’s easier said than done, particularly for organisations that, generally, don’t have that level of expertise in-house.

Standards, management systems and frameworks will therefore be critical in helping the sports sector achieve its aims. Around the same time as its Agenda 2030 sustainability strategy was published, World Sailing became the first sports federation to achieve the ISO 20121 standard for sustainable events.

At the time, the governing body’s sustainability manager, Dan Reading, said creating the management system was the “first logical step”. Designed to derive maximum positive environmental, social and economic impacts from major events, ISO 20121 gives sports bodies and event organisers a tried and tested process to follow without asking them to reinvent the wheel.

Several sports events, such as the London 2012 Olympics and UEFA Euro 2016, and a growing number of organisations, like Formula E and the Philadelphia Eagles of the NFL, are among the sports entities to adopt the management system.

There are other methods to demonstrate robust action. The International Equestrian Federation, for example, recently adopted Global Reporting Initiative (GRI) Standards, which not only look at environmental, social and economic factors, but also the governance, ethics, integrity and stakeholder engagement demonstrated by the organisation.

Both FIFA and the IOC publish sustainability reports in accordance with the GRI Standards, too.

For sports organisations still struggling to take the required action, a glance at the UN Global Compact’s Roadmap for Integrate Sustainability might be worthwhile. The model demonstrates how organisations can integrate sustainability in stages, from the initial crisis management stage (guarding against legal problems and reputational risks), through to purpose-driven sustainability, where it becomes “inseparable” from the organisation’s core vision.

Increasingly, the direction of travel is that corporations in most sectors will be aiming for that purpose-driven stage as customers, sponsors, advertisers and fans (in sport’s case) become more aware of environmental and social issues, and how industries can help provide the solutions. And ultimately, a systematic, robust approach – with board and executive accountability – is the only way to achieve this.

How can sport be more systematic about climate action, and sustainability in general? Which organisations in other sectors are good examples for sports entities to draw inspiration from? Let us know in the comments below.