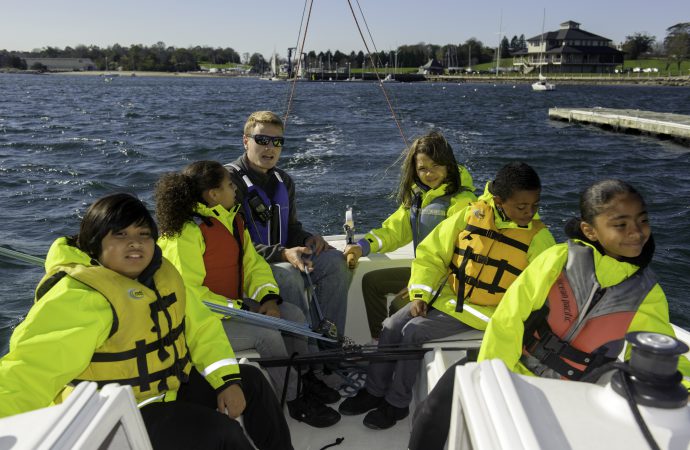 The charity, established by the world governing body, is one of eight organisations to win grant money from 11th Hour Racing for climate change and marine health initiatives

The World Sailing Trust a charity set up by the sport’s governing body last year, is among the latest raft of organisations to win grant funding from 11th Hour Racing.

Two initial projects established by the Trust will be funded by the grant: one that focuses on environmental sustainability training for young sailors, and another aiming to reduce the environmental impact of sailing clubs.

Unveiled in July 2018, the Trust was launched by World Sailing to “develop the next generation of sailors” and to “champion a more sustainable future”. It has three distinct goals – to improve the health of our planet’s waters, promote more sustainable products and activities, and mobilise low carbon technologies and behaviours.

An all-women round the world voyage designed to generate public engagement around ocean health is perhaps the most eye-catching project to win funding. The eXXpedition Round the World 2019-2021 will host more than 300 women who will collect scientific data related to ocean plastics, conduct local outreach and media events at each stop, and run workshops within their networks.

To offset the carbon footprint of Vestas 11th Hour Racing’s 2017/18 Volvo Ocean Race campaign, funding has been provided to The Ocean Foundation to restore seagrass meadows in Puerto Rico’s Jobos Bay National Estuarine Research Reserve, which was decimated by Hurricane Maria in 2017. Seagrass meadows are important for protecting the area’s wildlife habitat, as well as carbon sequestration.

Money has been provided to Ocean Conservancy for its Global Ghost Gear Initiative that will remove around 5,000 pounds of derelict fishing gear from the Gulf of Maine. The waste is the ‘most harmful form of debris’ for marine animals, while lost fishing gear (of which there is 640,000 metric tonnes annually) accounts for at least 10% of all plastic pollution in the ocean.

The eighth project to win funding is Final Straw Solent – a grassroots campaign that encourages beach clean-ups. The organisation will use the money to demand businesses and schools move away from single-use plastics and incorporate composting.

Michelle Carnevale, program manager for 11th Hour Racing, said she was “thrilled” with the mix of ambitious projects from longtime grant recipients and “new grantees with dynamic goals.”

“We believe in the value of fostering innovation and leadership while engaging local communities on global issues,” she added. “Last year, 565,000 people were educated by our grantees, and we will continue to support diverse organisations working towards the common goal of restoring ocean health.”

Which project do you think sounds the most ambitious or impactful? Leave a comment below and let us know.