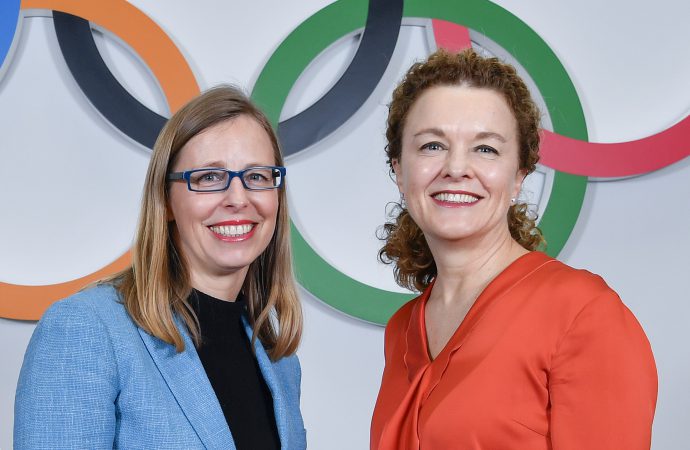 What we want is for cities to articulate a long-term ambition, and ask how they can leverage the Games to respond to thatMichelle Lemaitre, IOC head of sustainability

The prospect of hosting an Olympic Games will always split the opinion of a city’s inhabitants. Many will see it as an investment. A chance to improve surrounding infrastructure and gain significant exposure. Think London, and how the 2012 Games proved to be the catalyst for the complete transformation of an unloved, neglected and a frankly uninhabitable patch of the UK’s capital.

Others will have the opposing view. That money spent (particularly during the bidding process when nothing is set in stone) would be better put to use elsewhere – a view seemingly held by a large proportion of the populations of Hamburg, Sion, and, most recently, Calgary, that all voted against hosting the Games via respective referendums.

More than ever, cities bidding for a Games (or any large-scale sports event) have to show the public that they are making an investment, not incurring a cost. That the white elephants of the past will be replaced by foundations on which to build the future.

So, it was encouraging when, last year, the International Olympic Committee revised its bidding process, asking interested cities to devise bids aligned with their “long-term development goals and sustainability challenges”. The New Norm, published to complement the objectives of the IOC’s flagship Agenda 2020 strategy (in which sustainability is one of three key planks), also pledges to prioritise the use of existing venues and facilities – not pressuring cities to spend big on grandiose sporting infrastructure.

Sustainable development has become a major imperative for the IOC, particularly in light of its burgeoning relationship with the United Nations. Over the past few years, the organisations have worked closely on a number of projects in the field of sustainable development. Indeed, it’s ahead of the presentation of the UNFCCC’s Sport for Climate Action Framework at COP24 that The Sustainability Report has the chance to sit down with Sallois and her colleague, IOC head of sustainability Michelle Lemaitre, to discuss their work in this area.

During our discussion, it becomes clear that the sustainability department must have been one of the IOC’s busiest in 2018. As well as helping to devise the Sport for Climate Action Framework, the governing body released its first sustainability report since publishing a separate sustainability strategy in late-2016. In the second half of the year, the first and second Sustainability Essentials guides were developed to support International Federations and National Olympic Committees.

And in Poland, at the high-profile climate change summit, two more guides focusing on carbon management and reduction – one for International Federations, the other for OCOGs (Olympic Games organising committees) – were revealed.

The extensive 95-page guides are comprehensive in scope, covering everything from data collection and carbon footprint measurement to strategy and legacy. But this structure is indicative of everything the IOC is setting out to achieve in supporting related organisations and cities with hosting ambitions. Frequent. Detailed. Practical. Instructional. And easy to follow, if you have the time to digest everything.

“What we want is for cities to articulate a long-term ambition, and ask how they can leverage the Games to respond to that,” explains Lemaitre. “It’s not how the Games can fix that problem, but how they can contribute to that vision.”

Two-thirds of the world’s population will live in cities by 2050, meaning that existing sustainable development challenges commonly associated with urban areas will be even more pronounced in the future. If the IOC can position the Games as a means of addressing some of those challenges – one of its ambitious 2030 sustainability objectives – then cities could start to view the Games as a genuine opportunity to accelerate major projects around equality, climate change, sustainable innovation, infrastructure and poverty.

Ahead of the curve in many respects, the organisers of the Vancouver 2010 Winter Games established a not-for-profit designed to stimulate sport participation, the arts, literacy, accessibility, volunteerism and environmental activism in the region to coincide with the event and catch the wave of momentum. An evolution of this type of project is what the IOC now desires in any bid.

The revised bidding process also allows interested cities to discuss hosting opportunities and wider sustainable development objectives without having to commit to an official bid, lowering the barrier to entry in the first instance.

“Even before the initial candidature phase we have the dialogue phase,” Lemaitre tells The Sustainability Report. “All cities that were interested in bidding during 2018 have come to the IOC to talk about possibilities, and a number of key areas were identified, such as sustainability and legacy.

“We sent out our sustainability and legacy expert to each of those cities, to spend two days with them, visit the site and get a better understanding while giving city representatives the opportunity to ask questions in their own environment.”

In addition, she explains that the candidature phase (when a bid has been officially made) has been “streamlined”, made to be “less costly” and includes more involvement from the IOC. “We’re there to answer questions and help to develop an Olympic Programme with them. We’re now part of the development,” she adds.

The lack of viable bidders for the 2026 Winter Olympics (only Stockholm and Italian partners Milan and Cortina d’Ampezzo made official bids) suggests the concept is yet to be fully understood, but it would be unfair and inaccurate to label the new process totally responsible. Indeed, one of the reported reasons that an Olympic bid didn’t resonate in Calgary is because local residents wanted expensive new sporting infrastructure in the shape of a new NHL arena.

Much will depend on the success of the 2026 Games, whoever wins the bid, and Paris 2024 Olympics – which the IOC hopes will become the new benchmark for sustainable sports events. Paris, for example, is using the Games to drive green transportation in the city, increase biodiversity, build with bio-based materials and accelerate the adoption of renewable energy. Around 80% of the facilities are also existing or temporary.

Overseeing the development of the Games is only one of three “spheres of responsibility” described by the IOC’s sustainability strategy. The other two are: its own operations (where it has total control), and the wider Olympic Movement where it has to influence external organisations, such as International Federations, National Olympic Committees and related sports organisations.

The majority of the sustainability resources published over the last year have been designed to support this segment. Introduction to Sustainability and Sport for Climate Action were the first two publications in the a Sustainability Essentials suite being produced to provide practical advice and actionable steps in this area.

Aside from publications – of which there will be more in 2019 – the IOC has hosted regular workshops covering a host of sustainability topics. Organisations can even apply to have their sustainability projects funded through the Olympic Solidarity team

And anecdotal evidence suggests that interest in sustainability is gathering pace each year among the Olympic Movement.

“At our latest International Federation Sustainability Forum we had secretary generals and presidents of federations,” says Sallois. “There were 80 people in the room, which is a big increase from just three years ago.”

Lemaitre chimes in: “We didn’t do anything differently. They came because they wanted to come. I feel that they are starting to feel they can make a difference.”

Among the most progressive organisations in the IOC’s circle of influence is a group of European NOCs that have put together a sustainability working group that meets several times a year to discuss challenges and share knowledge. The ideal scenario, Lemaitre explains, is for this group to encourage other NOCs to follow suit, and for that model to spread to other continents, with Oceania being earmarked as next.

But the IOC, over time, wants to spread the word even further than its immediate circle of influence, and adhere to the Sport and Climate Change Framework’s objective of engaging fans and wider communities in the sustainability movement.

The IOC has two major resources to achieve this: athletes associated with its brand and its world-renowned platform.

In fact, sustainability will play a major role in a wide-ranging athlete ambassador programme that is being shaped by the Athletes’ Commission. A pilot will be launched later in the year in which interested athletes will be taught to articulate issues around sustainability competently. They will also receive media training in order for them to get messages across in an impactful and coherent way.

A video showcasing athletes supporting the Sport for Climate Action Framework was unveiled alongside the policy at COP24 (see below).

“The challenge will be finding the right athletes,” Lemaitre says. “The athlete has to be comfortable and we want to find athletes with interests in specific areas. They have to walk the talk.”

And to make sustainability information and news more accessible to the wider public, the IOC is revamping a dedicated section of the website to be more prominent and user-friendly.

“We want to be transparent as possible,” Sallois explains. “This is a big change. We have published a strategy, a report that has been third-party certified. We have changed our mindset. We tended not to take any risks, not to publish anything. Nothing to run the risk of being criticised or to show our limitations.

“We think this is a big step forward, to say ‘ok, we do great things, but there are things that we can do better, but this is what we do regardless.’”

How could hosting the Olympic Games accelerate sustainable development in your city? Tell us in the comments below. And don’t forget to join the community by signing up for the The Sustainability Report newsletter.