MLS recognised as the most responsible football league in the world 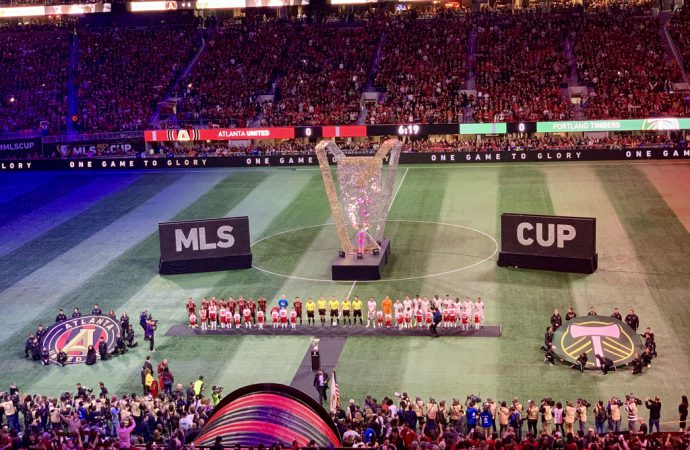 After achieving the highest scores for governance, community and environment, the US’s top flight surged to the summit of the 2018 ResponsiBALL Ranking

Despite being one of the youngest professional football leagues in the world, Major League Soccer (MLS) in the US has been recognised as the benchmark for good governance, community outreach and awareness, and environmental considerations.

ResponsiBALL, an annual report that ranks the most prominent football leagues in the world based on their attitudes and actions related to governance, community and environment, found that the MLS had the highest score for all three pillars.

The Danish Superliga, which was ranked first in 2017, and the English Premier League, second last year, both dropped a place to second and third respectively (see league below). Average scores for all 21 leagues ranked improved in all three areas: community up from 31% in 2017 to 38%, governance improving from 24% to 31% and environmental considerations at 8%, an increase from 2017’s score of 6%.

In the environment category, MLS franchises improved their overall score of 22% from 2017 (when the league was ranked fifth) to 38% – way above the average score of 8%. Much of this, however, is down to new stadium infrastructure being developed, much of which is being built to high environmental standards.

The Mercedes-Benz Stadium, which opened in 2017 for expansion franchise Atlanta United, is widely recognised as one of the most environmentally sustainable stadiums in the world, becoming the first building of its type to be awarded LEED Platinum certification – the highest level.

Another new stadium, DC United’s Audi Field, was built to LEED Gold standard and incorporated an extensive recycling project from its opening in July this year. The Banc of California Stadium, which also opened its doors in 2018 to house Los Angeles United, was also LEED Silver certified after integrating rainwater harvesting capabilities and renewable energy.

However, the piece of best practice picked out by the ResponsiBALL Report is San Jose Earthquakes’ free charter bus project that replaced a discontinued public transport line and brought fans from Downtown to the stadium free of charge.

But it’s not just the franchises displaying good practice. The MLS itself has taken the lead with its growing Greener Goals sustainability project. In April, the league partnered with Adidas to support marine health charity Parley for the Oceans, with all 23 clubs agreeing to wear kits manufactured from Parley Ocean Plastic.

The league’s biggest environmental commitment to date, though, coincided with its All-Star Game in July, when it revealed that it was investing in more than 1,000 new cookstoves for Kenyan people as a means to offset the match’s carbon emissions.

Cookstoves distributed has a positive effect on the health and wellbeing of an estimated 7,000 Kenyans, improving their air quality and influencing other important Sustainable Development Goals, such as biodiversity protection (with less firewood being used) and gender equality (with women and girls disproportionately affected by by pollution generated by inefficient cooking methods).

“Sustainability is a core pillar of what we’re trying to do,” she said

“We started out in 2007, so in 2017 we wanted to look at all the initiatives we were engaging in and making sure they were the right initiatives. We did extensive research. We started internally with the owners, with the executive and the players’ union. We did fan research, and everything came back overwhelmingly that we should be addressing sustainability.”

Although it was usurped at the top of the ranking by the MLS, the Danish Superliga still demonstrated strong CSR and governance credentials throughout the year. FC Nordsjælland, Superliga champion in 2011/12, garnered international recognition by becoming the first professional team to sign up to Common Goal by pledging 1% of its earnings to community causes and charities.

All 14 teams in the Superliga took part in their own CSR or sustainability projects, but the ResponsiBALL Report highlighted Brøndby (perhaps Denmark’s most famous team) for reserving a number of tickets for supporters who didn’t have the financial means to purchase them.

Making up the top three of the ResponsiBALL Ranking is the English Premier League – the richest league represented. All 20 of the clubs have some form of community outreach arm that benefits the local area. Everton (Everton in the Community) and Tottenham Hotspur (Spurs Foundation) operate two of the most impactful community programmes in the league, but it’s the latter that has been recognised by the report – not for its community work, but environmental sustainability.

Although its new stadium is yet to open (due to various delays), Tottenham has committed to a single-use plastic reduction policy that will see plastic straws, stirrers and disposable packaging banned from the stadium once it opens. The club also attempted to increase awareness by giving all members a bag for life as part of their membership packages.

SchweryCade, the author of the ResponsiBALL Report, acknowledged that the ranking gives a “perspective” of the sustainability of leagues in question and not the performance of individual clubs.

Brazil’s Série A, for example, dropped from ninth to nineteenth in the rankings, but Grêmio’s community project, which brings children from socially and economically vulnerable areas together to eat and take part in activities, was referenced as good practice.

SK Rapid and Hajduk Split were praised for the work they had done on their official web pages. The former has translated the club’s vision and values into 22 languages as a “statement of equal opportunities inside the club”, while the six-time Croatian champion has included a code of conduct, calling on players, suppliers and employees to live by ethical standards in terms of finance, staff selection, workplace behaviour and in fighting corruption.