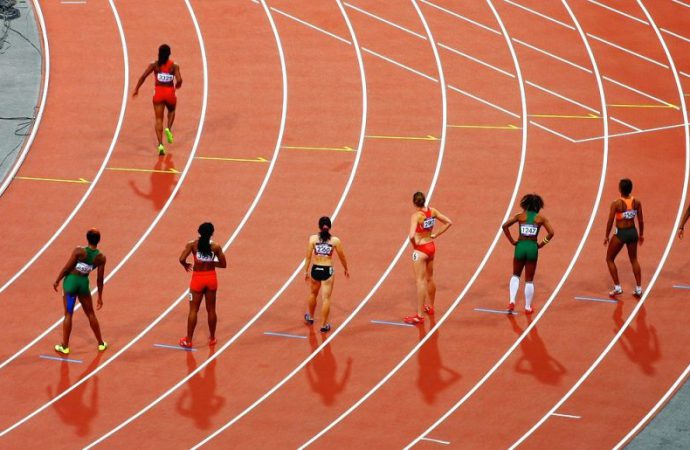 A number of sports organisations have committed to the UNFCCC’s Sport for Climate Action Framework, but what does the sector have to do to become a genuine climate leader?

As four influential nation states softened their stance on climate action, despite the IPCC’S dire warning of certain catastrophe without “rapid, far-reaching and unprecedented changes”, it became all the more clear at COP24 that the human race can’t rely on sovereign countries to save the planet from global warming.

While the US, Russia, Saudi Arabia and Kuwait used the high-profile conference to throw major climate talks off course, away from the limelight representatives from industries such fashion, energy, automotive and finance have been plotting collective action within their sectors to contribute to the cause.

The sports sector reached its own important milestone, with the International Olympic Committee, FIFA and World Sailing, among others, becoming the first signatories of the UNFCCC’s Sport for Climate Action Framework – a commitment to contribute to the goals of the Paris Agreement by aiming for climate neutrality by 2050.

While sport’s carbon footprint can’t be compared to that of the airline, energy or manufacturing industries, most large sports organisations create negative environmental impacts through fan travel, venue construction and event hosting.

Impact will differ from organisation to organisation. The carbon emissions generated by FIFA, the world football governing body, will far outweigh those generated by Forest Green Rovers, the English League Two football club (both signatories to the framework). But there’s a school of thought that if sports organisations can get their own houses in order by reducing and offsetting their carbon emissions, while influencing millions of fans worldwide, that it has the potential to be a climate leading industry.

But is the notion feasible in practice?

“I don’t think there is a sector that is on a par with what sport is capable of,” he tells The Sustainability Report. “If sport pursued climate neutrality, and really got on board with the whole environment thing, I think it could have an impact like no other sector. It can engage with billions of people who are ultimately making decisions every day of their lives related to energy, transport and food. It’s about how they spend their money, and that kind of grassroots pull will make the entire supply chain start to provide the sustainable options that we need.”

Ahead of the curve

Forest Green Rovers are ahead of the curve with regards to the UNFCCC’s framework, achieving climate neutrality in July by focusing on energy, transport and food. Vince’s background made the club’s transition to renewable energy “fairly straight forward”, while its approach to catering – vegan, mostly organic and all made on site – has driven down the negative environmental impact commonly associated with mass catering operations.

On the transport side of things, the club encourages supporters to travel to games via public transport and ride-sharing. To further that, there are plans to build ride-share capability into the club’s mobile application and website, and acquire an electric or hybrid bus to transport players to matches.

Its remaining 200 tonnes of unavoidable carbon emissions were balanced by investing in carbon offsetting projects assembled by the UNFCCC as part of its Climate Neutral Now programme. The move prompted the UN to award Forest Green Rovers for the achievement to go alongside the ‘greenest club in the world’ accolade it received from FIFA.

But for Vince, the recent plaudits and attention the club has received (it now has 20 different fans groups worldwide) is a result of “many years of systematically creating a green football club.”

This systematic approach has been enshrined as one of the five key principles in the Sport for Climate Action Framework, which encourages sports organisations to “move beyond ad-hoc environmental practices” to integrate climate action and sustainability within their entire operations, from events and procurement to infrastructure and communications.

Key to the framework is its second principle: reducing overall climate impact. And sports organisations that commit to the framework will have to measure, avoid, reduce, compensate and report. The way in which the sports sector collectively approaches this principle will determine whether it can indeed become a climate leading industry.

According to Sonya Bhonsle, head of supply chain at CDP (that evaluates the sustainability credentials of 7,000 organisation annually), the route to climate leadership is three-fold: setting science-based targets, purchasing renewable energy and influencing supply chains to become more sustainable.

Around half of the companies committed to science-based targets are consumer-facing, with the food and beverage and financial industries well represented. IT and software companies, such as Alphabet, Microsoft and HP, have also set science-based targets, and Bhonsle explains that the early adoption in these industries is down to avoiding “reputational risk” by demonstrating ethical practice to customers and potential consumers.

Electric race car series Formula E is planning to implement science-based targets following its upcoming fifth season, which starts later this month, and Bhonsle believes that this will be the direction of travel for organisations and industries that genuinely want to commit to climate leadership.

The second part of Bhonsle’s criteria, the commitment to renewable energy, has already been implemented by some major sports organisations. As well as Forest Green Rovers, Premier League football club Arsenal has acquired 100% renewable energy from Octopus Energy for its 60,000-capacity Emirates Stadium, its training ground and youth centre, while the Mercedes-Benz Stadium in Atlanta and Amsterdam’s Johan Cruijff Arena use a significant amount of renewables. But no major sports organisations have joined the RE100 as yet – a group of companies committed to using 100% renewable energy, while also attempting to pressure organisations in their supply chains to follow suit.

The RE100 is a group of organisations committing to 100% renewable energy, while encouraging suppliers to follow suit

“The commitment of the RE100 sends a message to one of the problem sectors – energy – and tells them they need to invest in change and puts pressure on policy makers in different regions,” she says. “The leading sectors here are food and beverage, the IT industry, consumer goods and financial organisations. As a leadership metric it’s a very useful thing to look at.”

Engaging suppliers, Bhonsle adds, is perhaps the most impactful way to pursue climate leadership. Indeed, not engaging with suppliers can create reputational risk as unsustainable practice on their part could see buyers branded guilty by association.

Of the 158 organisations setting science-based targets, around two-thirds have included “upstream” targets for their supply chain, with Walmart in particular committing to reducing a gigatonne of emissions from its supply chain by 2024.

However, sports organisations – all of which will be much smaller in scale than the 6,000-store Walmart – should not be overwhelmed when addressing this leadership criteria, says Bhonsle. Of the 4,000 companies that reported their carbon footprint to CDP last year, 1,000 were small-to-medium enterprises that managed to reduce a combined 551 billion metric tonnes of carbon emissions. Significantly, those reductions resulted in a cost saving of $14bn for the companies involved.

Catering, merchandise and utilities are three key areas that professional sports clubs can view as fertile ground for pressuring suppliers to develop sustainable and low carbon products and service. International federations, FIFA and the International Olympic Committee (IOC) have the advantage of being associated with high-profile sporting events as a means to incentivise suppliers to find solutions.

The latter has recently developed the IOC Supplier Code that makes clear expectations around social and environmental responsibility. New suppliers will be bound by that code, while existing suppliers will be expected to sign formal declarations complying to it.

“Engaging with suppliers at the beginning is about capacity building and explaining the importance of climate action,” says Bhonsle. “Sports organisations can inspire suppliers, but also have the power to influence the consumer.”

The sports sector will be under no illusions that there is a little way to go before it can genuinely position itself as a climate leading industry. But with the UNFCCC Sport for Climate Action Framework developed as a collective step forward, the climate leadership of the first signatories, and the potential to influence millions of fans and scores of suppliers, many in sport will feel the opportunity is there to be grasped with the right strategies.