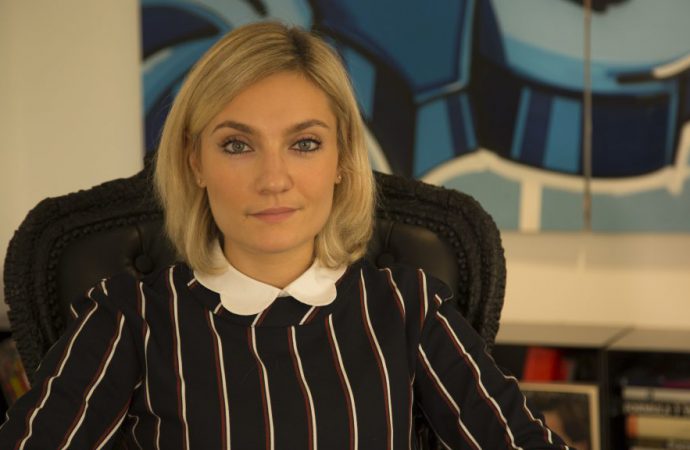 The fifth season of the electric car racing series returns later this month. And with new locations, cars and teams there’s a challenge to build on its ISO 20121 recognition

When Formula E first burst onto the scene as a noisy upstart in late-2014, founder and chief executive Alejandro Agag wanted to achieve three main goals: 1. match and surpass the entertainment value and popularity of the traditional motorsport giants using all-electric cars, 2. increase the public’s interest in e-mobility, and 3. bring together motor racing and sustainability.

Agag appears to be confident of the former, predicting that Formula One will begin to “feel the heat” from the all-electric championship over the next 10 years. He’ll be encouraged by its growth. During Series Four (2017/18), races attracted an average audience of 27.1 million, well up on the viewership of 18.6 million achieved the season before.

New broadcast deals with the BBC in the UK, Mediaset in Italy and Virgin Media in Ireland are testament to this upshot in popularity – although it still has some way to go to reach the heights of the FIA’s flagship competition.

The sport’s influence on its growing audience with regards to e-mobility is a difficult one to measure. By 2030, when Formula E will be hoping to commence its seventeenth season, it’s expected that 130 million electric cars will be on the road, up from 3.7 million in 2017. But at present, it’s not possible to know how many of those consumers are buying due to their interest in Formula E.

However, it’s Agag’s third ambition – bringing sustainability and racing together – where Formula E is truly excelling, thanks in no small part to the strategic vision of Julia Pallé, its senior sustainability consultant.

When The Sustainability Report first met Pallé, in May, she had just been elected as president of the fledgling Sport and Sustainability International (SandSI), a sustainability network designed to help sports organisations become more environmentally and socially responsible.

In her day job, Pallé has helped Formula E become one of the benchmark examples for the sports sector by implementing a strategy that makes environmental stewardship, social awareness and economic success key foundations of the business. After two-and-a-half-years of planning, taking actions and documenting, the strategy was rewarded when Formula E achieved ISO 20121 certification, the pinnacle for sustainable events, before the end of the fourth season.

“It was very heavy,” Pallé, says of the management system process. “But we were successful because we gathered all of the departments of the business around the table – communications, event managers, procurement – and identified key issues and carried out contextual analyses of those issues.”

Put simply, there was buy-in from every segment of the organisation. An ISO 20121 Working Group was set up with a dedicated representative from each department, with additional working groups built around topics like community engagement, waste management and supply chain. Appropriate departments accepted their own responsibilities – for example, the team responsible for waste management appointed a Waste Champion, while the hospitality department was responsible for collaborating on recycling and end-of-life processes with catering partners.

The key to success, Pallé, tells The Sustainability Report, was demonstrating the benefits of ISO 20121 to each of the departments.

“If you talk to the HR (human resources) director they will tell you that the process motivated employees because it demonstrated that we are a brand with a purpose. It provided the finance director with cost savings and reductions. The marketing director liked the competitive advantage because it showcased the brand’s CSR (corporate social responsibility) efforts,” she explains. “The management system covers all the key aspects the business needs to deliver an event.”

The circus comes to town

Pallé says the former is a “top priority” as races always occur in city centres. “We arrive like a circus,” she says. “In a couple of weeks we build such a big events that has such a big impact on the people living in the area. We want to make them understand that there’s a good reason for us to be here and that they are involved, hence why we organise community tours, give tickets to residents, and work with local schools and charities.”

While Formula E has developed a “championship-wide” strategic plan for community engagement – the first standard approach since the sport launched – programmes are customised for each event based on the race location. The competition has previously worked with Mexican cancer charity CGD ahead of races in Mexico City, the Earth Day Initiative in New York and L’Association du Sport et Plus in Paris to amplify the benefit for the local community.

The E-Village concept will also return for each race, allowing spectators to experience electric vehicles and engage in exhibits based on sustainable lifestyles and healthy food in one of the “edutainment booths” before, after or during the races.

Riyadh, the Saudi Arabian capital, will experience the ‘circus’ for the first time when Season Five kicks off their later this month. The introduction of the location will be one of many firsts occurring during the coming season, with new cars and new teams entering the fray.

While reinforcing Formula E’s image as a sport on an upward curve, the new additions mean new challenges for Pallé, particularly when it comes to dealing with a larger number of suppliers. To help with this, Formula E has set up another working group focused specifically on engaging large global suppliers in a “more meaningful way” in an attempt to create partnerships as familiar and strong as those with local suppliers.

One of the competition’s major projects for the 2018/19 season revolves around its new Gen2 cars (being used for the first time this season) and how they are manufactured, with Pallé overseeing a life-cycle assessment of both the cars and their batteries to discover their impact. Stakeholders involved in each step of building the cars and the batteries will be asked to fill in anonymous questionnaires to paint a picture of the whole process, leaving clues for future improvement.

“It’s a very complex project, but it’s also a very important project because with the change of car we really want to have a scientific picture of how they are made and make sure end-of-life is done properly,” says Pallé.

Life-cycle assessments around the championship’s carbon footprint will continue, with freight, business travel and spectator travel the three main areas of negative impact. According to Formula E’s Series Three report (which was published early this year), the 2016/17 series had a carbon footprint of 13,500 tonnes, and Pallé will try to bring that down as much as possible through a number of reduction techniques.

To decrease the emissions caused by freight, Formula E is working with logistics partner DHL to develop a freight programme with the least possible air travel, using road and shipping more often. Elsewhere, spectators are encouraged to use public transport, with no car parking spaces allocated, while food and beverage suppliers are asked to use “local and seasonal” foods.

The Gen2 car, used for the first time in Season Five, will be the subject of an extensive life-cycle assessment

After Season Five, Pallé is keen for the championship to adopt “science-based targets”, an ambitious aim that will keep Formula E in line with the Paris Climate Agreement, or the level of decarbonisation required to keep global temperature increase under the 2℃. But balancing out unavoidable emissions via carbon offsetting projects is not on her roadmap yet.

Alejandro Agag may want Formula E to shape the way we drive in the future, but its other defining legacy could be shaping the way we host sporting events, too.