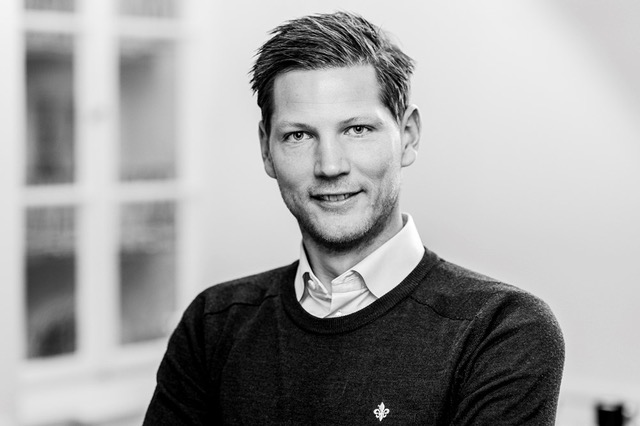 For sport to genuinely become a sector known for its sustainability credentials, it will have to engage with innovative organisations in other industries to tackle the challenges it can’t take on alone. And one of the major challenges facing professional sports clubs, organisations and event organisers is how to reduce their reliance on single-use plastic,

For sport to genuinely become a sector known for its sustainability credentials, it will have to engage with innovative organisations in other industries to tackle the challenges it can’t take on alone. And one of the major challenges facing professional sports clubs, organisations and event organisers is how to reduce their reliance on single-use plastic, particularly when serving refreshments to fans.

The damage plastic is doing to the ocean has become a major talking point over the past 12 months, but Anders Jacobson, the president of water purity company Bluewater, thinks he has the solution. And he wants sport to help him demonstrate.

Who is Anders Jacobson, and what is Bluewater?

Jacobson first caught the attention of The Sustainability Report at the Sustainable Innovation in Sport Conference in May, when he demonstrated Bluewater’s technology and explained how it helped to provide clean drinking water to sailors and spectators in Cape Town, South Africa, when the Volvo Ocean Race came to town in late 2017.

“Cape Town was having a severe drought at the time,” he tells The Sustainability Report. “The city told Volvo Ocean Race that it couldn’t provide the municipal supply of water because there was such a shortage. A huge event like this needs some kind of a water supply in the race village, so the team we sponsor, Vestas 11th Hour Racing, reached out to us to ask if we could help. And we said, ‘of course.’”

So Bluewater hooked up its purifier to Cape Town’s non-municipal supply of dirty and contaminated water, transforming it into filtered drinking water for thousands of people, including sailors, spectators and crew. During the Cape Town stopover, the water purifier units helped to avoid the use of 388,207 plastic water bottles by producing 8,000 litres per 24 hour period.

From that moment on, Bluewater and Volvo Ocean Race have been strategically aligned, with the former demonstrating its solution at various other stopovers and educating spectators on the damage plastic is doing to the ocean, as well as the health benefits of drinking purified water. And now Jacobson is looking for other sports to partner with.

The answer is “two-fold”, says Jacobson: “To increase awareness of the damage being caused by plastic pollution among a broader consumer group and to significantly impact large sports events from a sustainability point of view.”

Bluewater’s Volvo Ocean Race partnership has provided a good foundation. In fact, its rescue mission in Cape Town was the beginning of a blossoming relationship with the city. In September, Bluewater was asked to supply its mobile water stations for Cape Town’s half marathon race, meaning that 13,000 water sachets and 2,600 plastic bottles that would have been used were not.

But Jacobson admits that Bluewater’s strategic move into the sports sector started as a bit of an accident.

“It was a bit of a coincidence that we first went into sailing,” he explains. “We saw an opportunity with the America’s Cup in Bermuda. Because it’s an island in the middle of nowhere, everything including water had to be brought from the outside in. We then realised that sailing really fits with our strategy. Our main vision is water without plastic, and that means oceans without plastic pollution as well as drinking water without microplastic. Oceans are the playgrounds of sailors, so it was a perfect fit.”

The next major milestone for Jacobson and Bluewater is to go beyond sailing (where marine health is intrinsic to the sport) and install a fixed water purifier unit within a stadium used by a professional sports team, either in the US or Europe. But the ambition is fraught with challenges.

What are the obstacles?

Standing in the way of this ambition is the fact that a number of big sports teams and events have beverage sponsors – many of which use plastic bottles to package their products.

“It’s not specifically water sponsors, but also beer and soft drinks,” says Jacobson. “They don’t only supply the kiosks with beverages, but they are a significant sponsor of the team or arena. Even if we present a better solution from a profit and planetary perspective, we encounter a problem if we don’t sponsor the team ourselves.

“Teams and arenas have sponsor money from non-sustainable sources, and that is something that is tricky to get around because we’re trying to disrupt this industry from a sustainability point of view.”

Despite this, Jacobson is targeting partnerships with “one or two stadiums” and a major sporting event by the end of the year after experiencing “really nice dialogue” with sports teams in Europe and the US. He says Bluewater is developing business models with multiple revenue streams that sports clubs and stadiums can take advantage of if they decide to take on the solution.

One possibility is to sell club-branded reusable water bottles to spectators to encourage them to use the water points. Selling advertisement close to the refilling stations was also put forward as a potential profit-maker by Jacobson.

“Everything is driven by how the clubs make money, but it’s a movement that’s happening now,” Jacobson adds. “It’s in its early stages, and the early adopters that opt for solutions like this will really stand out. Clubs, stadiums and events should realise this.”