How cities are using sport to accelerate sustainable development 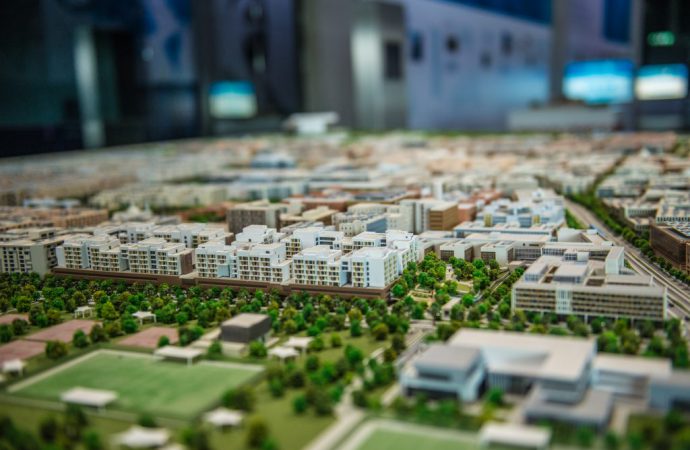 Cities are increasingly using sports events – and sport generally – to strategically improve social, environmental and economic conditions. Dakar will have the opportunity to do the same ahead of the Youth Olympic Games in 2022

Twelve years after South Africa etched its name into history by hosting the first FIFA World Cup on African soil, Senegal will break new ground when Olympics rolls into town in 2022.

While it’s fair to say that hosting the Youth Olympic Games doesn’t have the same cultural significance as staging a World Cup – or Summer Games that has so far eluded the continent – it will be a good opportunity for the International Olympic Committee (IOC) to test the waters with an event that is increasingly gaining relevance.

Dakar, the nation’s capital, learnt of its bid’s success last month during the 2018 edition of the Youth Olympic Games in Buenos Aires. The two-week event also illustrated what the city can expect in four years time: one million spectators attended the Games, 4,000 athletes competed and 1,200 educational and cultural events were staged.

There’s a lot for the people of Dakar to get excited about. But organising the Games comes with major challenges. Infrastructure must be developed. Legacy aspirations must follow a coherent narrative. Budgets must be managed. And the pressure is on to demonstrate Africa’s suitability for hosting major sporting events.

For Senegal, though, hosting the Youth Olympic Games represents a unique opportunity to accelerate its own development plans. Since November 2012, the ‘Plan Sénégal émergent’ – a wide-ranging piece of government policy – has been in place as the blueprint for achieving a number of medium- and long-term sustainable development goals by 2035.

Universal health cover, drinking water and sanitation improvements, and a public investment programme are three of the plan’s main pillars. More significantly for Dakar, however, is the City Modernisation Programme that will almost certainly be positively impacted by the preparations for the Games.

According to government statistics, 45% of Senegal’s 15.8 million population lives in its cities (more than double the rate of 1960), with one million alone living in Dakar. Improving road infrastructure and flood defences are City Modernisation Programme priorities, but with a number of young people coming to cities to escape the poverty of rural life, the need for creating safe, inclusive, active and accessible spaces is of increasing importance – and the Youth Olympic Games is being positioned as the catalyst for this development.

Speaking at the Smart Cities and Sport Summit in Lausanne last month, Dakar’s deputy mayor Ibrahima Diame said that getting Senegal’s vast number of youngsters (60% of its population is under 25) involved in sports participation was one of the motivations for bidding for the Games, and that creating facilities was paramount to that vision. It is hoped that the tangible benefits of hosting the Games, such as the development of new infrastructure, will be accompanied by more intangible positives such as social inclusions and better access to education and good jobs.

Dakar’s is a good example of how sport is being used to facilitate or accelerate the development of sustainable cities and communities – one of the United Nations’ 17 Sustainable Development Goals. As part of its bid the new city of Diamniadio – built to take some of the pressure off Dakar’s infrastructure by offering people an alternative urban centre closeby – and the seaside resort of Saly will receive investment.

But it’s not just cities in developing countries using sport to further their sustainable development plans, as demonstrated by Sydney, Australia. Almost 20 years after hosting the Summer Olympic Games, Sydney’s Olympic Park has achieved many of the targets of Sustainable Development Goal 11: Sustainable Cities and Communities – many of which before the SDGs were even conceptualised.

The facilities built for the Games set a benchmark for green buildings, with a sharp focus on environmental impacts, energy saving and water recycling, while affordable housing was built around the park for the benefit of local people. The park is also a hub of economic development, adding in AUS$1bn to the New South Wales coffers every year as a result of 10 million visitors attending events, eating in restaurants and shopping in retail outlets.

It’s an incredible legacy considering the park had no actual legacy plan when the Olympic and Paralympic Games concluded in 2000. That was put right with the creation of the Sydney Olympic Park Authority, which has managed the site ever since and devised a bold 2030 masterplan to take development even further. The overarching ambition is to achieve the highest level of the Green Building Council of Australia’s ‘Green Star Communities’ standard, which rates cities and communities based on the quality of their governance, liveability, economic prosperity, environment and innovation.

Indeed, the Olympic Park is considered as a city – or smart city – in its own right, and has been chosen as a ‘lighthouse project’ by the Green Building Council and the Smart Cities Council to to set new benchmarks for urban development practices.

With 13 home teams playing in its venues and 60 sports organisations based there, the Olympic Park has carved out a reputation as Australia’s sports capital. To capitalise on this, the Sydney Olympic Park Authority established the Sydney Sports Incubator – a hub for sports tech startups to develop their products and foster relationships with the other sports organisations on site. Although the incubator has since been sold to venture capital firm Element 8, it will stay in the park and remains a key part of its overall development strategy.

“We want the Olympic Park to become the Silicon Valley of sport,” said Tony Houhlias, senior manager of Sydney Olympic Park Authority. “There are lots of key elements there already.”

However, it has some competition to achieve that status. Sports innovation hubs similar to the Sydney Sports Incubator are popping up in various big cities around the world. Sport has always been viewed by cities as a means of increasing competitiveness by improving brand image and attracting visitors. Now they are competing to entice the world’s most innovative sports startups to boost the number of jobs for local people and economic development more broadly.

Based in Paris’ Jean Bouin rugby stadium, across the way from Paris Saint Germain’s Parc des Princes, Le Tremplin is one of the most mature examples of a sports innovation hub. It was established four years ago by nonprofit Paris&Co to incubate startups developing products related to enhancing fan experience, diversifying revenues, improving athlete performance and using sport as method to prevent disease.

Over that period it has incubated 80 startups – 90% of which were established in France. Of these 80, 88% have survived after three years of operation and generated €22m in revenue between them during 2017, with 500-plus jobs being created as a result. Le Tremplin’s latest project is to encourage diversity and equality in the sports business by incubating startups founded by female entrepreneurs.

But developing a sustainable city and community is about more than capitalising on economic and environmental opportunities. Much of it is about social integration and equality, particularly for cities that hold a large migrant population.

Oslo might not be the first city that comes to mind when you think of ethnic diversity, but around 30% of its 650,000 population comes from abroad. Crucially, the majority live in the east side of the city, while ethnic Norwegians generally occupy the west side. This divide facilitates segregation and poses an obstacle to social integration.

So when the opportunity to host the World Wrestling Championships in 2021 arose, VisitOSLO helped the the Norwegian Wrestling Federation put a bid together that had social inclusion at its heart.

A large part of Oslo’s migrant community comes from Afghanistan, Pakistan or Iran – nations where wrestling is particularly popular (freestyle wrestling is the latter’s national sport) – and by hosting the major event and establishing a wrestling programme for children around it, the chances of engaging with those communities increase significantly.

“Oslo is a rich city, and although it doesn’t have the same challenges as other cities, there is still a strong divide between the east and the west of the city when it comes to socioeconomic differences and ethnic background,” said Guillaume Dupay, VisitOSLO’s project manager for sport. “We wanted to offer something to these children and maybe integrate them first into sport, then into city life.”

Dupay hopes that migrants will also make up part of the volunteer force for the event, enhancing their opportunities to find good employment and developing them into “future leaders” for the city.

Demonstrating success in Oslo, Sydney and Dakar is becoming more critical than ever for International Federations and the IOC, particularly the latter as it attempts to convince cities to make large investments by bidding for the Olympic Games. A big party during the event is no longer the big sell, but what happens afterwards. If sports events can demonstrate genuine social, environmental and economic benefits as a result of hosting sport, cities will continue to bid. All eyes on Dakar.