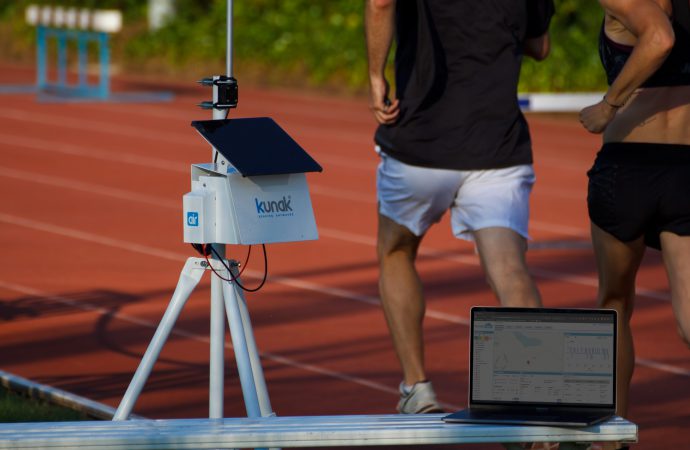 As part of the pilot phase of its five-year air quality monitoring project, the IAAF wants to collect in-competition data and has identified the Yokohama event as an opportunity

The IAAF is hoping to collect its first batch of “real-time” competition data around air quality and how it affects athlete performance during next year’s World Relays in Japan.

Yokohama was selected to host the fourth edition of the event in May 2019. It’s now being mooted as the starting point for a piece of research that will explore the extent to which athlete health and performance is impacted by the air they’re breathing during competitive events.

Japan is one of the six locations that has been chosen for the pilot phase of the project, although Yokohama is one of several tracks currently being evaluated and hasn’t officially been selected.

In September, the IAAF installed its first air quality monitors in Monaco’s Stade Louis II to kick off the pilot phase of the five-year project. Before Christmas further devices will be integrated at tracks in Addis Ababa, Buenos Aires, Mexico City and Sydney.

The pilot phase will conclude in September 2019, giving the IAAF a year to learn about the type of data it wants to collate. The organisation will then attempt to secure the funding needed to realise its overriding ambition: to develop an air quality monitoring network across all 1,000 IAAF-certified tracks.

“Every single athlete we talked to said that air pollution was a problem for them and that there wasn’t enough data around air quality,” Jackie Brock Doyle, the IAAF’s executive director for communications, told The Sustainability Report.

Brock Doyle acknowledged the “scarily big” scale of the challenge, but added: “I think we can drive this with a combination of grassroots support, such as our member federations working with local governments, national governments and stadium owners to develop the network over time, and the star power of our athletes who can raise awareness of this.”

Indeed, long-distance legends Paula Radcliffe and Haile Gebreselassie – both of whom are asthmatic – are ambassadors for the project and the UN Environment’s BreatheLife campaign. According to the World Health Organization, more than four million people die per year as a consequence of outdoor air pollution.

Following the pilot phase, the IAAF will roll out the Kunak Technologies-manufactured monitors to a further 50 tracks in year two. During the third year – which coincides with the 2020 Summer Olympic Games in Tokyo – the IAAF is hoping to produce a “global data set” after reaching 250 tracks.

The organisation is expecting to have fitted out 500 tracks by year four and 1,000 when the project ends in 2022.

It is estimated that the project will cost in the region of $5m over the five-year period.