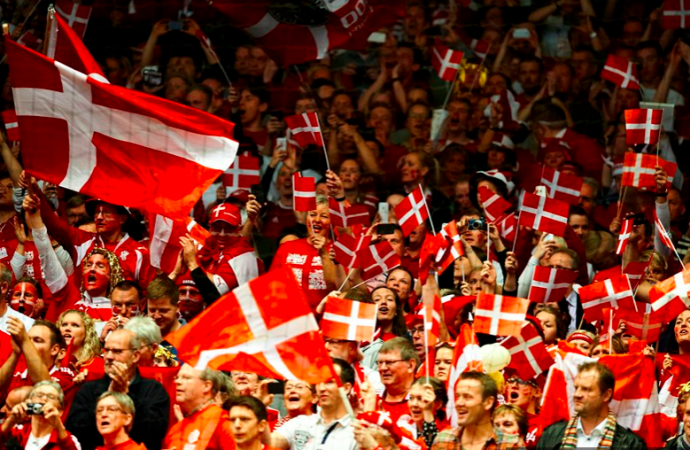 After partnering with Amnesty International, the committee hopes to use its insight to help decision makers choose appropriate hosts for major sporting events

To work towards a world of sport that fully respects human rights by sharing knowledge, building capacity and increasing accountability of all actors through collective action. That’s the mission of the Centre for Sport and Human Rights, a sport-specific organisation formed by the Institute for Human Rights and Business (IHRB) in June this year.

The project has been in the pipeline ever since the IHRB assisted the Sustainability Commission of the London 2012 Olympics and started to develop white papers covering various human rights risks that could occur during the preparations of sporting events.

And with major human rights violations reported in nations that have been awarded mega sporting events in recent years, another layer of scrutiny and support will be welcomed by those who want sport to be held up as an industry devoted to good practice and human equality.

At the Fundamental Rights Forum 2018, hosted in Vienna last week, Alison Biscoe of the IHRB said that sport had the potential to be the “catalyst for progress and sustainable development”, but emphasised the importance of a collective approach that consisted of shared knowledge, capacity building and increased accountability.

FIFA, UEFA and the Organising Committee of the Tokyo 2020 Olympic and Paralympic Games are among the 37 founder members of the Centre for Sport and Human Rights’ Advisory Council, as is the Supreme Committee for Delivery and Legacy for the 2022 World Cup in Qatar – an organisation that has made progress after being accused in 2016 of not doing enough to protect the rights of migrant workers.

As part of the partnership, Amnesty will share its knowledge on human rights issues occurring in regions or nations bidding for a major event, such as the Olympics, Paralympics, World Championships and European Championships. The NGO will also regularly brief the Danish Olympic Committee on the human rights situation in the countries with which it cooperates.

The two organisations will meet throughout the year, with Amnesty arranging a session for all 62 Danish sporting federations.

“We realise that we’re facing an international challenge and would like to be as well-equipped as possible when we enter into international discussions, so we can have the influence to make sports events more sustainable when it comes to human rights and labour rights,” says Poul Broberg, the Danish Olympic Committee’s director of public affairs.

“When our president (Niels Nygaard) is present in discussions referring to bid processes he will come with a knowledge that will give him a better position to exercise influence.”

Broberg reveals that the committee had discussed similar arrangements with other human rights organisations before Amnesty proposed a partnership. However, many wanted the committee to walk away from the table or “abstain” from international sporting relations if human rights became an issue, rather than put pressure on potential hosts to improve their operations from the inside.

“We have a strategic approach to international influence, and we believe that it’s important to be at the table to have the best chance of influencing discussions,” Broberg tells The Sustainability Report. “Amnesty offered a common understanding – that sitting among decision makers and providing them with the exact knowledge of the human rights issues in various countries would help decide the placement of major sporting events.”

But having a good human rights record isn’t just about protecting the labourers working on event infrastructure. Ahead of the 2018 World Cup in Russia, the treatment of people from the LGBT community was flagged up on several occasions. And although Paris and Los Angeles appear to be safe bets for the next two editions of the Summer Olympic Games, both France and the US still have their issues. According to the UN’s Sustainable Development Goals Index, France has work to do to improve quality education for all its citizens, while the US is still grappling with issues related to gender equality, economic inequality and justice.

The Index also demonstrates the little progress the majority of nations are making on climate action, and aside from its work on human rights the Danish Olympic Committee will explore ways for sport to mitigate the threat of climate change – an issue, Broberg says, is “high on the political agenda” in Denmark.

“I would like to create partnerships related to the environment,” he explains. “We think sport has an opportunity to influence the agenda, but sometimes we have to realise that we are actually having a negative impact. We lack knowledge about how sport can influence the climate change debate and the whole environmental sustainability situation, so this is an area would like to seek more partnerships in.”

The committee could do worse than study the approach of the Finnish Olympic Committee, which has launched a number of projects to make its sports federations and clubs more environmentally sustainable. Between 2015 and 2017, the organisation coordinated an EcoCompass model that acted as an environmental management tool, providing strategies and certificates for events and venues that wanted to improve their sustainability credentials.

It has also developed a ‘Smart and Sustainable Clubs’ pilot that creates eco-friendly projects within sports clubs. For example, the HSK figure skating club is being shown how to recycle its skates, while members of the Espoon Tapiot athletics club are being encouraged to carpool via a smartphone app.

“Sustainability is part of our values,” says Karoliina Ketola, public affairs specialist at the Finnish Olympic Committee. “We want to play fair, and playing fair is about considering the next generation. Sport will be better off if we consider environmental aspects as well.”

The next large piece of work for the Danish Olympic Committee is to see how its operations can contribute to sustainability more broadly, beyond isolated issues like human rights and climate change. Indeed, the committee has a wide-ranging strategy related to responsibility, in which it reveals the ambition to use knowledge of critical social, economic and environmental issues to increase its significance and reputation within the sport movement.

“Our next major strategic initiative will be to go through the Sustainable Development Goals and try to identify where Danish sport can contribute positively to each of them,” Broberg says. “We want to do this in both our domestic affairs and present information internationally to start a discussion.

“We see this whole movement as a very important movement for sport to tap into and show leadership and responsibility.”