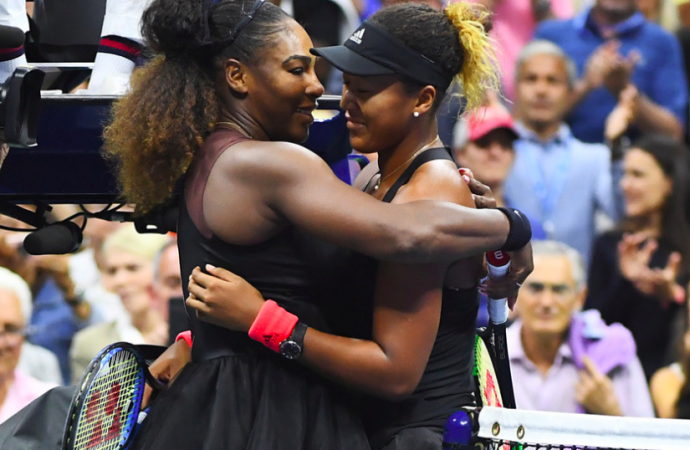 The 2018 Women’s Final will forever be remembered for Serena Williams’ accusations of sexism. And while inequality may still exist in the sport, gender parity formed a key part of the competition’s carbon offset plan

In an ironic twist of fate, the 2018 US Open will forever be remembered for opening up a sport-defining and – depending on your view – much-need debate about sexism and gender equality in tennis. On one of the most high-profile platforms in the sport, beaten finalist Serena Williams accused umpire Carlos Ramos of being “sexist”, arguing that penalties that he imposed on her would not have been enforced on male players.

Many will argue that Williams could have conducted herself in a less confrontational manner – a manner that whipped up the New York crowd (firmly backing the American), making 20-year-old Naomi Osaka celebrate her first Grand Slam win – the first for any Japanese competitor – amid a chorus of boos.

Others will argue that Williams had a more than valid point. That male competitors get away with the same level of conduct, and worse. Billie Jean King, who spent her career fighting gender inequality, backed Williams, claiming that she had suffered an abuse of power that many other women do in workplaces all over the world.

From prize money, to sponsorship and broadcasting, gender inequality has long been an issue in tennis. While equal prize money has largely been secured, the irony of this year’s US Open is that while the Women’s Final perhaps exposed less tangible disadvantages experienced by women in the game, the tournament’s flagship sustainability programme has gender equality firmly at its heart.

For several years, the US Tennis Association, the organiser of the US Open, has taken environmental sustainability very seriously. Over the last decade the tournament has diverted 4,000 tonnes of waste from landfills, saving 4,000 tonnes of greenhouse gases from being emitted.

Offsetting carbon emissions that can’t be reduced has been the US Tennis Association’s strategy, with 3.5 million miles of player travel compensated over the last few years. For 2018, however, the organisation wanted to achieve further Sustainable Development Goals through its offsetting programme, choosing a cookstove project in Malawi that has disproportionately positive impacts for women and girls.

The majority of households in the south-east African country, which is bordered by Zambia, Tanzania, Mozambique and Zimbabwe, cook with open fires that pollute the air and have a detrimental effect on the health of women and girls, who generally do most of the cooking. According to the World Health Organization (WHO), smoke from domestic fires kill nearly two million people each year – the majority of them female – becoming the sixth biggest killer in low-income nations.

Cookstove projects are increasingly being viewed as highly-impactful by sports organisations wanting to offset their carbon emissions while contributing to other areas of sustainable development. Last month, the MLS offset emissions related to its All-Star Game by investing in a similar project in Kenya because of its environmental and social benefits.

Michael Malara of the South Pole Group, who helped MLS invest in the project, told The Sustainability Report that while the cookstoves were undoubtedly beneficially for the health of women and girls in charge of the cooking, they also gave them the opportunity for other endeavors, such as education, as they didn’t need to spend as much time collecting firewood, while the stoves made for shorter cooking times.

Aside from its carbon offsetting project, the US Open contributed to the environment through its Green Buildings project. The new Armstrong Stadium is one of the most sustainable in tennis, with two LEED certifications. It’s the first naturally-ventilated stadium with a retractable roof in the world, consuming 28% less energy than the previous venue. Waterless urinals and low-flow plumbing contributed to a reduction of water use by 24%. Almost all of the waste (95%) generated by the demolition of the old facility was recycled.

Read more about the US Open’s 2018 sustainability project here.