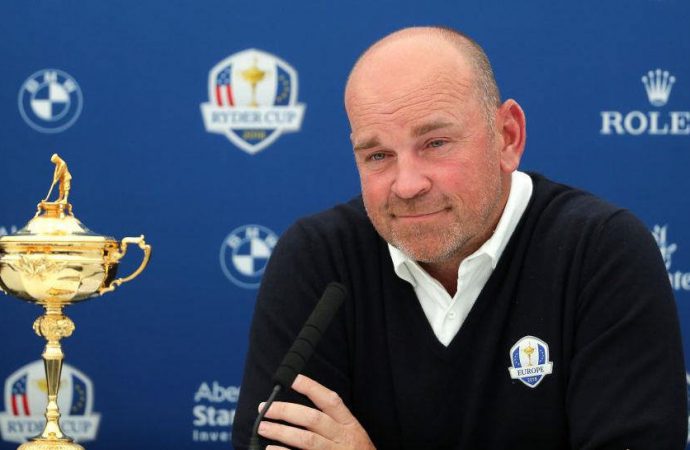 With 250,000 spectators descending upon Paris at the end of the month for the Ryder Cup, organisers knew they had to protect fragile neighbouring habitats. The rest of French golf may look to do the same

A biodiversity project developed to mitigate the environmental impact of this month’s Ryder Cup competition could be replicated across all 700 golf courses in France.

Around 250,000 fans are expected to descend on Le Golf National in Paris between 25 and 30 September for the Europe vs US competition, disrupting the wildlife in the surrounding area by occupying – and potentially damaging – their habitats during play.

To reduce the negative impacts, the course and the French Golf Federation asked the Natural History Museum in Paris to audit all the wildlife and biodiversity in the vicinity of the playing area, subsequently putting a database and methodology together to help them minimise the damage.

Although the museum doesn’t have the capacity to audit all French golf courses, the methodology being defined can be implemented by other competition venues with the support of local naturalist bodies. Golf courses in Chantilly and Vidauban have followed Le Golf National by starting their own biodiversity audit, and others are being encouraged to do the same as part of a larger project called the Biodiversity Programme in French Golf.

Considering that France has the seventh-highest number of golf courses in the world (around 700) – occupying around 30,000 hectares of land throughout the nation – the positive impact on the environment could be significant if other course get on board. Indeed, taking inventory of biodiversity was highlighted as best practice by the International Union for Conservation of Nature’s (IUCN) research on sport and biodiversity.

The IUCN’s report also demonstrated the positive results sports could experience by maximising conservation opportunities, such as “long-term positive partnership” with civil society organisations (like Le Golf National’s relationship with the Natural History Museum) and a chance to enhance the sport’s reputation.

The latter point is an important one. A Jarmo Saarikivi study found that the majority of people with negative perceptions of golf courses point to the destruction of natural habitats as their justification. Water management and use of pesticides and fertilizers were also referenced as concerns. The French Golf Federation, and the sustainability-focused GEO Foundation, hope that work of this nature will help to change those points of view.

“We are convinced that golf courses have an important role to preserve our natural heritage, which is highly threatened today,” Thomas Charrier of the French Golf Federation explains. “It is also an opportunity to promote a positive image of golf, still poorly perceived in France for its impacts on the environment.

“We want to develop and share knowledge about nature, and increasing awareness about the natural heritage is a way to foster its value and improve experience for players. The game of golf will only have a future if we support course managers who have the delicate task of solving the equation which consists of reconciling environmental, sporting and economic requirements.”

In making biodiversity protection one of its priorities, Le Golf National retained its GEO Foundation certification. Since the project started, the Natural History Museum audit has logged 350 species of animals and plants, 13 of which have been classified as rare. This process has helped Le Golf National find and protect the areas most in peril, or replace and create habitats where protection isn’t possible.

So far, eight microhabitats have been produced, including hibernaculums for amphibians, rock walls, beehives and birds nests. Trees that have been felled for the Ryder Cup have also been repurposed as habitats in other areas, Paul Armitage, general manager of Le Golf National, tells The Sustainability Report.

However, work on conservation was just one part of the course’s sustainability operations. Partnering with irrigation system company Toro, the course was able to reduce consumption by around 40%. It also improved water consumption by replacing sprinkler heads (by 20%) and storing rainwater in a new storage reservoir (by 44%).

Nineteen hybrid electric mowers, manufacturers by Jacobsen, have been commissioned, while the course is also trialling non-chemical pest control with UV lighting.

As well as the 2018 Ryder Cup, Le Golf National will host the golf competition for the 2024 Paris Olympic Games.