Premier League commitment on single-use plastics could be game-changing 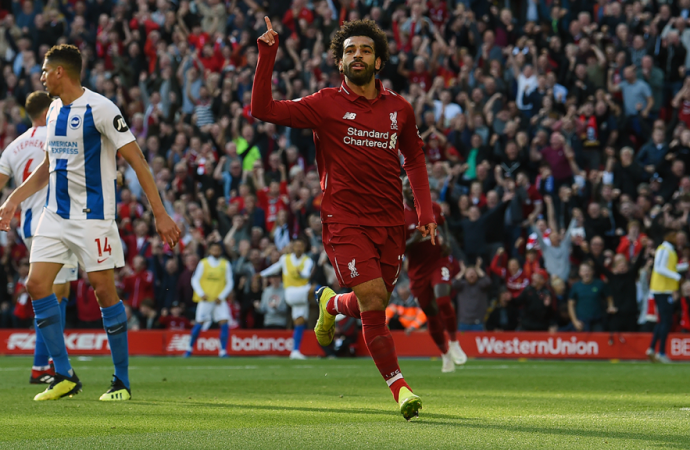 As the 2017/18 season came to a close, the Premier League made the commitment to eradicate single-use plastic from its operations. If its clubs (and fans) do the same the impact could be immense

As soon as he jumped out of the water, after a monumentally brutal 49-day swim, adventurer and endurance athlete Lewis Pugh quickly sought articulate his motivation with the attention of the world’s media on him.

“It’s almost as if we have taken out all the fish in the ocean and replaced them with plastics,” he said starkly. “We need to get these two issues under control very quickly: eliminate the use of avoidable single-use plastics and stop overfishing, because if we don’t do that our children and our grandchildren will not have a sustainable future and it will devastate all the incredible wildlife in our oceans, which it is currently doing.”

It was a compelling message, and one he had a long time to contemplate while swimming the length of the English Channel. During his six-week adventure, which started on 12 July, Pugh came face-to-face with the threat single-use plastics poses for the oceans, encountering numerous pieces of plastic waste – and very little wildlife.

The presence of British environment secretary Michael Gove during Pugh’s final stretch is encouraging and demonstrates to some extent that his message – that governments need to commit to fully protect at least 30% of the world’s oceans by 2030 – is being heard.

Grand gestures like Pugh’s are a fantastic way of bringing an issue to the forefront of public consciousness, as well as putting pressure on the government to do something about it. There’s no doubt that governments across the globe have to quickly get a grip on ocean health. More than eight million tonnes of plastic is dumped into the ocean every year, degrading into microplastics that contaminate marine life.

During an eye-opening study conducted by Volvo Ocean Race earlier this year, scientists found microplastic in almost every single water sample collected, laying bare the scale of the task at hand. Volvo Ocean Race, indeed, is a prime example of sport using its resources to contribute in a way that governments can’t or won’t.

While it’s important to lobby policy-makers and persevere with important scientific study, instigating behaviour change within the public at large and making them think about their relationships with plastics is equally crucial. That’s why the Premier League’s commitment to educate its clubs and fans about the harm being done by single-use plastics has the potential to be game-changing.

In April, the top tier of English professional football partnered with Sky Ocean Rescue (see box) to raise awareness of the environmental issues around single-use plastic. The Premier League pledged to eradicate single-use plastics from its own operations and supply chains over the next two years and encourage its 20 clubs to do the same.

Since the announcement was made, Tottenham Hotspur revealed that it would phase out single-use plastics when it moves into its new 61,000-capacity stadium in north London (although a construction issue has delayed its opening). The Premier League has also hosted workshops for all the clubs as a means of sharing best practice and offering expert advice.

But where the initiative could really gain traction is through fan engagement. When the initial announcement was made, Barney Francis, the managing director of Sky Sports (which broadcasts most Premier League matches in the UK), said he was “calling on football fans to make a simple change and join us to help stop our oceans drowning in plastic”.

Easier said than done. However, the Premier League is a marketing behemoth and savvy commercial operator. It branded itself as the “best league in the world” by prioritising competition. Early in its formation it made the decision to give all clubs a more equal share of television rights money while other leagues gave the lion’s share of broadcast revenue to traditional giants, thus making the Premier League theoretically more competitive.

That has translated into a thriving spectatorship. The Premier League has the second highest average attendance in Europe after the German Bundesliga. On the opening weekend of the 2018/19 Premier League season in mid-August, matches had a cumulative attendance of 380,718 across 10 matches. It is comfortably the most-watched football league in the world via broadcast, with a reach of 725 million homes in 185 countries.

In other words, the Premier League has developed the most talked about sports league in the world by making key strategic and branding decisions. It must use the same tools to get fans truly excited about changing their attitudes to plastic. Because of its heavy endorsement, the Premier League helped Kick It Out all but eradicate racism from football stadiums across the country. If the Premier League throws its weight behind a cause it has proven to be successful in the past.

Much will depend on buy-in from the clubs who have been asked to promote Sky Ocean Rescue via their own channels. If they are truly invested and try to engage the fans on the issue of single-use plastic, the potential for significant behaviour change could be huge.

On Twitter alone, last year’s top six Premier League clubs (Manchester City, Manchester United, Liverpool, Tottenham Hotspur, Chelsea and Arsenal) have more than 66 million followers – more than the population of the UK. And their reach goes much further than their local proximity. Statistics from data portal Statista show that the largest Premier League viewership comes from Asia and Oceania (32.5%) – a part of the world where plastic in the ocean is particularly problematic.

But it could be that many Premier League clubs don’t view issues like single-use plastic – or environmentally sustainability in general – as a priority. Tottenham Hotspur, so far, is still the only club to make a commitment on reducing reliance on single-use plastics. However, it’s still early day and other initial signs have been encouraging.

Much of the behaviour change impact could come through the Premier League’s Primary Stars programme, which engages children aged between 5-11 in 15,000 primary schools across England. This autumn, the Premier League and Sky will create resources for children to show them how they can live single-use plastic free. Children will also be shown how they can educate their parents in the process.

And the Premier League’s commitment has caught the attention of high profile British politicians. The Environmental Audit Committee recently wrote to the chairs of the English, Scottish, Welsh and Northern Irish football leagues to urge them to phase out single-use plastics from their venues and “show leadership” on the issue.

By the time the winner of next season’s Premier League championship lifts the trophy in May 2020, both the Premier League and Sky should have removed all single-use plastic from their own operations and supply chains. It may not have the same symbolic significance of Lewis Pugh’s gargantuan swim across the Channel, but if all 20 Premier League clubs (and many fans) follow the same route, it could be even more impactful.

In January 2017, pay-TV broadcaster Sky made a commitment by creating Sky Ocean Rescue and working with the WWF to protect 400,000km² of oceans across Europe. It made three overarching pledges: