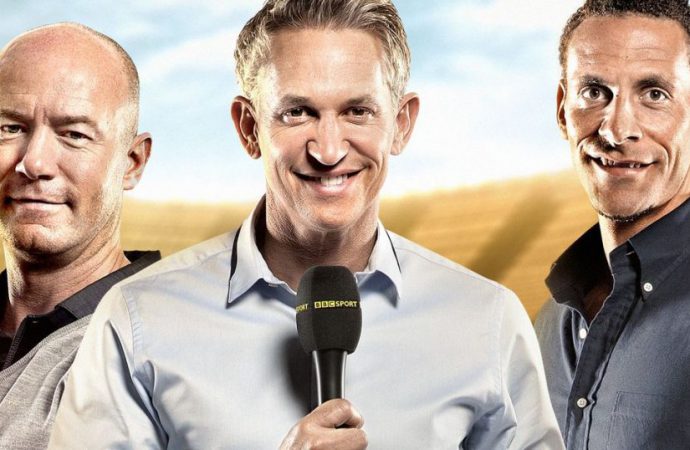 “We have a sustainability mission statement at the BBC,” Paula Stringer, head of production at BBC Sport, told delegates at the Sustainable Innovation in Sport Conference back in May. “We want broadcasting with a positive environmental impact.”

The BBC is Britain’s largest public service broadcaster and one of the most respected media companies in the world, responsible for producing globally recognised brands like Doctor Who, Blue Planet and Strictly Come Dancing. In 2017/18 alone it had a budget of £3.8bn, employed 21,583 staff and had a production arm, BBC Studios, that produced more than 2,000 hours of content.

Trying to make an organisation of that size environmental positive is a tough ask, but the corporation has “made huge steps” since producing a sustainability strategy. In 2017/18, the BBC reduced its carbon footprint by 80% by switching all its buildings over to renewable energy.

Stringer’s department has contributed to the environmental gains. For its flagship English Premier League highlights show, Match of the Day, all domestic flights have been prohibited for staff unless flying was absolutely necessary due to time sensitivities. For its coverage of Wimbledon the BBC replaced all lights with LEDs and tried to eliminate generator use by using mains power.

And a temporary modular set was manufactured to cover the Pyeongchang Winter Olympics and recycled to broadcast the Gold Coast Commonwealth Games a few months later.

The key to much of that change, said Stringer, was a Carbon Literacy training programme designed to “win hearts and minds”, bringing together modules on climate change essentials – teaching production staff the science of what’s happening to the planet – and about the negative impacts of production and best practice solutions.

Although that particular training programme was delivered in-house, Carbon Literacy training is there for anyone in the television business if they want it through the charmingly-named albert – an industry-wide collaboration aimed at making the television sector more sustainable.

First developed by the BBC, albert has evolved into a one-stop-shop for television executives and production houses that want to understand and mitigate their environmental impacts. It is now a 15-member consortium, which includes major broadcasters like the BBC, ITV Channel 4 and Sky, as well as the large independent production companies, such as the Endemol Shine Group and sports producer IMG – all of whom contribute their own funds to the budget and develop strategic priorities through quarterly meetings.

Albert has three major tools, but Jeremy Mathieu, the organisation’s international manager, reckons the training scheme is the most important for influencing change in the industry. Since it was launched two years ago, albert has trained 2,500 television professionals.

“The result has been quite staggering in terms of the amount of engagement that we get,” he tells The Sustainability Report. “People don’t really know how bad things are when it comes to climate change, so spending some time really sitting down and going through the detail helps them feel connected to it.

“People are leaving the sessions genuinely fired up and wanting to make a difference. Over time, by training more and more people, it’s becoming the norm.”

When it was first established five years ago, albert’s only tool was a carbon calculator designed to help production teams put a number on their carbon footprint. The calculator’s importance has been heightened in recent time after the major broadcaster’s made carbon transparency a business requirement.

“It’s now mandatory for all commissions made by the BBC, ITV, Channel 4 and Sky,” Mathieu explains. “So if you’re an independent production company making a programme for a broadcaster you have to deliver a carbon footprint calculation, otherwise you don’t get your final payment.”

He adds: “That’s how we’ve managed to change policies around the industry. Success for us is finding the right scope and having broadcasters and production companies (the funders and producers) marking the boundaries. Then we can get things moving.”

If the carbon calculator forces production companies to look at their footprint and the training programme explains how that footprint impacts the world, then albert’s third tool – its certification process – gives them the support to do something about it, as well as the watermark of sustainable practice for their television show or series.

An albert advisor shepherds the production team through the process. Depending on the type of content they’re producing, teams are asked to answer between 50 and 80 questions about sustainable practice. Questions relate to lighting being used, plastics, energy, transport, waste and food, while the production team is asked who is responsible for sustainability objectives and operations to ascertain whether senior production staff are involved.

“We’re not talking about dedicated environmental managers,” Mathieu stresses. “We want it to be applicable to the industry – because production companies work on a project basis they usually have a small core team supplemented by freelancers. What we want to see is sustainability being endorsed by people at the top and detect a visible commitment.”

The production’s sustainability rating of one, two or three stars, will depend on how many of those questions are answered positively. Around 400 productions have been certified since the scheme launched three years ago and Mathieu says the number is ramping up.

“We have data to say certification saves money because of efficiencies,” he says. “And if your production is certified you can add an albert logo to your end credits so the audience knows that the show was responsibly produced.”

The next frontier for audience awareness, says Mathieu, is to incorporate climate change and environmental themes and discussions into editorial content. In September, albert will be launching a guide to help editorial production staff do this in a seamless fashion. This could mean writing a scene in a soap opera where two actors discuss climate change, or asking comedy performers to approach the subject in a funny way.

With factual programming, there may be a temptation to flag up sustainability in an overt way. But Mathieu explains that producers can tackle big issues by making them relevant to the audience’s everyday lives. Making programmes about food and clothes waste, for example. But he also praised the power of the BBC’s iconic nature series, Blue Planet II, which provided a tangible and stark picture of the damage plastic is doing to the oceans and marine life. “Normalising” sustainable behaviours on-screen and giving programme-makers the opportunity to be creative with the content is the ideal scenario.

Aside from its three main tools, albert offers the UK television community other practical assistance. The body has, for example, brokered a discounted renewable energy deal for 30 companies with an organisation called Good Energy. It is also sharing its learning and experience with universities, stage schools – and other nations.

“We’re helping the film and TV community in other countries create a similar collaboration model to make the industry greener,” says Mathieu.

“Everyone has their own model. In France there’s Ecoprod, the US has PGA Green, and there are other tools in other places, all operating on slightly different models. We feel like our approach works very well for us though, it is well structured and has a strong governance system in place. We can take on a large number of projects in a structured manner, and it has enabled us to package our tools to make them adaptable to other countries. We work in partnership to help them create their own collaborative structure on a not-for-profit basis like albert.”

Mathieu is currently working on projects in the Netherlands, Canada and Dubai with “half a dozen conversations” with happening in other nations.

But one of Mathieu’s major assignments is to make the sports production sector – and by extension, sport – more sustainable and environmentally aware. BBC Sport is involved in albert training and certification. ITV Sport and Sky Sports are also undertaking training programmes. Although the broadcasters have different business models and different levels of sporting output, Mathieu says his goal is to “harmonise” sustainability practices and policies using albert to “get more impact” and find solutions to unresolved issues.

His goal is to move towards zero carbon, but there are some significant obstacles in his way. Because of the live nature of sport and the large amount of money it costs to buy premium sports rights, diesel generators have to be used as back-up power so that broadcasts don’t unexpectedly go off air. Negative impacts related to extensive travel is also an issue specific to sports broadcasting.

“How do we navigate a path towards zero carbon?” Mathieu asks. “It won’t be overnight, but we can chart a path towards new types of power over the next few years. Travel is also an issue. Every weekend large broadcasting teams go to 10 Premier League stadiums alone. Huge trucks. Up to 150 people. How do we decarbonise that travel?”

Those obstacles, he suggest, can be surmounted through collaboration. Not just within the broadcasting sector, but by forging partnerships with organisations in the sports industry.

“At the moment we’re trying to establish a level of collaboration around the broadcasters and the production companies so we can all speak from the same voice and have a level of coherence. Then it’s going to be about engaging the sports governing bodies, the federations, the venues. We want to work with all the guys in sport that we are broadcasting to find innovative solutions.”