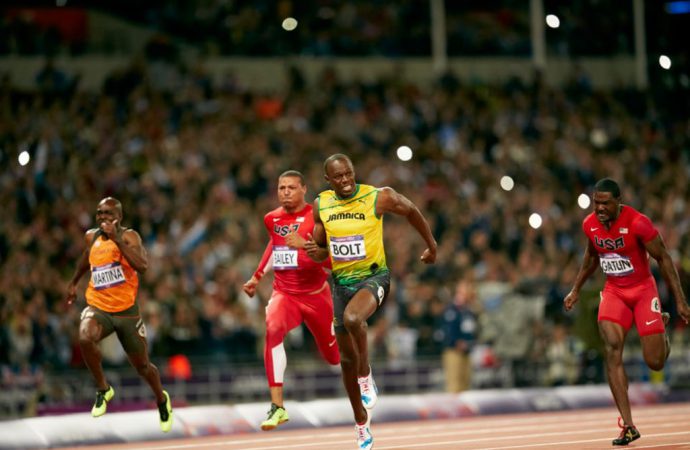 Suppliers played a huge role as the London 2012 Olympics became one of the most sustainable Games of all time. Can other sports events adopt the same principles?

It’s a widely-accepted view that if an organisation wants to create wide-reaching sustainable impacts it should actively engage its supply chain. In convincing its suppliers to become more responsible, a company can become the catalyst for good practice in industries separate from its own.

Sports events, large and small, rely on suppliers to make them successful. Merchandise, cleaning, catering, waste management, security – they’re all outsourced to various and diverse organisations. Is it possible for event organisers to influence them all? If so, how can they do it? The Sustainability Report talks to Shaun McCarthy OBE and David Stubbs – two of the leading professionals involved in the London 2012 sustainability programme – to find out.

Shortly after London won the right to host the 2012 Games, the organising committee pledged to make sustainability a key feature of the event. Very quickly a small sustainability team, including Stubbs, was put together and started to explore areas in which it could have the most impact. Procurement, he says, was fertile ground.

“I thought procurement was one of those areas that was a bit like ambushing people up the path, because everyone has to go through procurement,” he explains. “If the sustainability team can have an overview of procurement issues and processes, then it can capture pretty much everything the event does. It’s going to achieve a massive amount of progress.”

The first step to that process was establishing a sourcing code, described by Stubbs as a set of principles focusing on where products or services were coming from and how they were made. Questions were asked about catering quantities, whether goods were sourced locally, how merchandise was produced and how much packaging was being used.

That approach was backed up by the Olympic Delivery Authority (one of the primary organisations responsible for Games delivery), which set “very challenging objectives” for suppliers in terms of sustainability credentials.

“They set the objectives very early and told the supply chain very early what they wanted,” says McCarthy. “They were very unreasonable in their approach. When things got tough and the supply chain asked to drop sustainability requirements because the project was going over budget, the answer was consistently: ‘No. This is what we asked for, this is what you signed up to. Go and get on with it.’”

Seminars and industry days were held so that suppliers were briefed on the objectives and the sourcing code.

“There were no surprises,” Stubbs adds. “That was the key to it.”

2. Be clear with your supply chain

Setting objectives early is one thing, but for a sustainable procurement strategy to work those objectives have to be communicated clearly to supply partners. And the earlier the better.

“Signalling well in advance what you expect your supply chain to do is a very key lesson from London 2012,” says McCarthy. “In most cases it was done very well.

“For example, if you tell your supply chain that you don’t want single-use plastics at your event and give them a few years, they will go away and compete. They’ll rush around to try and find the right product and there will be some competition. If you give them six month then you might only find one supplier who can provide you with the solution, therefore the price will go up. There’s an economic game to be played here and telegraphing well in advance, consulting and communicating with the supply chain is very key.”

In some cases it may be necessary to ask suppliers to change their way of working to create a standard process for the whole event. Caterers who wanted to supply food at London 2012 had to sell their products in packaging manufactured by London Bio Packaging because it was all compostable.

“We wanted all the packaging and food waste going to an organic stream and becoming compost,” adds Stubbs. “That was a key part of our waste strategy. If we had caterers using 10 different types of cutlery and plates it would have been a complete shambles.”

The establishment of the ISO 20400 standard, which is specific to the practice of sustainable procurement, is a good starting point for both event organisers and suppliers to map out a clear plan. In fact, working together to develop sustainable products can lead to increased innovation and more collaborative working experiences.

Working with suppliers can be a fine balancing act of compromise, but the relationship can be made even more complex when you have to collaborate on a one-off event like the Olympics. From the organiser’s point of view there is no power of repeat business, meaning that leverage when trying to get suppliers to be more sustainable can be challenging.

“Procurement is all about trust and repeat business,” says Stubbs. “Our problem was that although it was a prestigious prospect to supply the Olympic Games, you weren’t going to get another one from us.”

Sport events that occur annually have more opportunity to influence proceedings because they will generally talk to the same suppliers year in year out. However, even in this case it would be difficult to ask suppliers to become more sustainable from a standing start.

“That could cause some interesting contractual negotiations,” Stubbs adds. “But if you work with them on a partnership basis and build sustainability in by working over a number of years to introduce these measures that would be a good overall outcome.”

Adding an extra layer of complexity to the relationship is the unorthodox nature of procurement partnerships in sport. In many cases, sponsors will provide products and services to promote their brand at a high-profile event. And instead of the traditional exchange-cash-for-goods principle of procurement, suppliers will often pay for the privilege.

“It’s actually much hard then to impose sustainability requirements on an organisation when they’re paying to give you something you’re getting for free,” McCarthy explains. “It then comes down to synergising on brand values. For example, BMW came in as the auto sponsor for London 2012 because we set our stall out to be the most sustainable Games ever and it wanted to showcase its new electric vehicles.

“Setting a high watermark for sustainability can actually attract some sponsors and suppliers because it can be good for their reputation.”

McCarthy caveats that attracting suppliers through these means can be more difficult if the event is significantly smaller than the Olympic Games – which is the case for almost all of them. But by clearly telegraphing your event as sustainable and talking to potential suppliers at a very early stage about brand values, it’s absolutely possible to strike similar arrangements, he says.

“Hosting smaller events is a matter of scale, but the principle is still the same,” says Stubbs. “With the Olympic Games there are so many different plates spinning that tracking and keeping an eye on everything is so difficult that there are bound to be a few things that slip through the net. But if you’re a smaller event you’ve probably got a handful of people doing the whole thing and everyone knows what they want to achieve. Then you can be really clear with suppliers and foster a good relationship with them.”

“Retrospective reporting from an event is completely useless,” says McCarthy matter-of-factly. “What you need to have is real-time monitoring. It needs to be on a day-to-day basis because sporting events don’t go on for very long and it’s a period of intense activity.”

During the construction period all contractors had to report how much waste they threw away to landfill, how much recycled material was being used and how many local people were being employed. This process was built into the ISO 20121 standard for sustainable events (born from London 2012), which also stresses that sustainability requirements need to be in supply chain contracts to manage performance.

One area that was particularly challenging to monitor, according to both Stubbs and McCarthy, was the sourcing of merchandise.

“Branded goods like merchandise and sports equipment tend to be manufactured in nations where labour laws are not great, which can provide a lot of risk,” Stubbs explains. “Organisers of major sporting events don’t want to be accused of sweatshop labour.

“It’s also challenging because you’re dealing with a very extended supply chain, so it was very difficult to get good visibility of where things were being made and in what conditions.”

In an attempt to keep tabs on the situation, the organisers signed up to a system called Sedex (Suppliers Ethical Data Exchange) which checks suppliers’ ethical and social performance. A complaint and dispute resolution process was also adopted so that if an allegation was made about the supply chain, proper investigation mechanisms and procedures were in place to act quickly.

“You can never rule out problems as it’s impossible to invigilate things 100%,” Stubbs admits. “But if you’re transparent about your aims and have mechanisms to deal with allegations at least you have a credible system.”