Sport and carbon offsetting: A complex and growing relationship 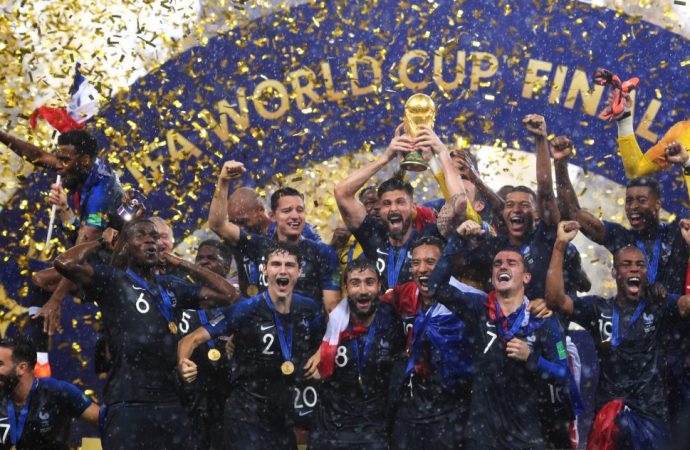 While carbon offsetting projects aren’t yet mainstream in sport, some organisations are taking the lead. But it’s not just about buying your way out of carbon emissions, The Sustainability Report finds out

What does the Rangit River in India, the Russian province of Kostroma and Mathira East district of Kenya have in common? The same thing that links Brazil’s Rio Grande do Sul state, Pocillas and La Estrella in Chile, southern Thailand and the nation of Pakistan.

None of the locations are connected by anything historically significant. The common denominator, in fact, is the latest edition of the FIFA World Cup – more specifically, the negative environmental impacts generated by the Russia-hosted tournament.

In a bid to mitigate the event’s large environmental footprint (from the construction of new stadiums, to the impact caused by legions of fans, players and officials travelling en masse), FIFA offset 243,000 tonnes of carbon emissions – just over 10% of the total 2.2 million tonnes generated by the whole tournament – by contributing to climate neutral projects in the seven locations.

A process which is generally used by organisations when they can’t reduce their environmental footprint any further (or if they come across unavoidable emissions), offsetting allows them to buy and retire carbon credits by investing in low carbon or sustainable development projects (commonly in developing countries) put together by a certified third-party project developer.

FIFA’s project in Kostroma, for instance, is all about replacing fossil fuels in a local wood processing manufacturing plant with biomass, therefore reducing the plant’s greenhouse gas emissions.

While it would be premature to call carbon offsetting regular practice in the sports industry, it is gaining recognition due to initial work being done by high-profile organisations like FIFA, which also offset 331,000 tones of CO2 to balance the impacts of the 2014 World Cup in Brazil. Carbon offsetting is expected to play a significant role as the world football governing body attempts to become totally climate neutral by 2050.

UEFA, the European football governing body, donated €200,000 to a wind farm project in New Caledonia (an island that generates 80% of its electricity via fossil fuels and is extremely vulnerable to climate change) to offset 35,000 tonnes of CO2 created by the hosting of Euro 2016 in France.

And the National Hockey League (NHL), one of the posterboys of green sport in the US, identified offsets as a key part of its ambition to become totally climate neutral – a status that was recently achieved by fourth-tier English football club Forest Green Rovers after it partnered with the UNFCCC to invest in some of its Climate Neutral Now carbon offsetting projects.

“It’s clear that carbon emissions produced by large professional sports teams are massive. They’re flying, building stadiums, and there’s a global consciousness that because sports teams have a huge following and marketing potential, having a low carbon footprint is just part and parcel of what they should be achieving,” says John Davis of South Pole Group, the sustainability solutions provider with a offsetting portfolio of around 700 projects.

Davis reckons that it’s “reasonably clear” that the big sports organisations will be the leading the pack when it comes to initiatives around balancing carbon, but he expects that to “trickle down” over time.

“We have a lot of small corporate clients who do not have anywhere near the budget of a professional sports team, and they are carbon neutral,” he explains. “I would imagine that we would see a filtering down through the ranks.”

But for sports organisations thinking that achieving sustainability is as easy as buying carbon credits, Davis has a stark caveat.

“Buying your way out of carbon emissions is not something we want to be expressing,” he tells The Sustainability Report. “We work with companies to lower their footprint as much as they can, and then we offer a portfolio of projects. We make sure there’s a positive contribution, particularly in developing countries.”

Alexis Leroy, the chief executive of greenhouse gas emissions management organisation Allcot, agrees with Davis’ sentiments. He highlights three steps a sports club (or any organisation) needs to go through to meaningfully balance its carbon footprint: measure, reduce, and then ultimately offset any unavoidable emissions.

UEFA’s work at Euro 2016, where the body endeavored to reduce emissions as much as possible through public transport and carpooling initiatives before offsetting, is referenced by Leroy as a good example of this three step process, as well as the extensive measurement and reduction work done by Formula E, the electric race series, and Dow Chemicals, the IOC’s sustainability partner, for the Olympic Games.

While many carbon offset projects are focused on reforestation, Leroy expects the system to evolve with the United Nations’ Sustainable Development Goals (SDGs) acting as the catalysts for change. He explains that while carbon reduction will remain the driving force behind most projects, they will inevitably have to demonstrate other benefits related to social and economic sustainability.

“My gut feeling is the next generation of carbon credits will have to comply with a minimum level of SDGs,” he says. “When external experts verify carbon offsetting projects there will be some SDG points as well, so it really allows us to make sure carbon credits become an unquestionably robust instrument.”

He points to one of Allcot’s projects in Senegal in which mangrove is being planted around the shores of the West African country. The mangrove, says Sport and Sustainability International board member Leroy, “reconstitutes the whole ecosystem” by providing habitats for fish and birds. But more than that, it helps to create jobs for local people through sustainable fishing.

“The new generation of carbon credit is about pledging the use of funds,” he says. “We’re very clear about how the money is going to be used and where it is going to go. We have a 50% commitment to environmental issues and a 35% commitment for social. It makes the tool transparent.”

Leroy’s point is reinforced by the large carbon offsetting project Major League Soccer (MLS) revealed ahead of its All-Star Game earlier this month to signal its intention to expand its Green Goals sustainability programme. Working with South Pole, the league decided to offset emissions generated by fan and player travel to the game (as well as the energy used during the match in Atlanta’s Mercedes-Benz Stadium), by funding an emission-reducing cookstove project in Kenya.

The cookstoves donated as part of the project replaced pollution-emitting firewood and inefficient cookware, which is obviously good for the environment. The impact, however, goes well beyond reducing greenhouse gases. In fact, it achieves five of the 17 SDGs, including no poverty, good health and wellbeing, gender equality (as women were disproportionately affected), climate action, and life on land.

It was one of three projects funded as part of the MLS’s All-Star Game offsetting scheme, with reforestation the focus of another project. Generally speaking, reforestation projects are commonly found in endangered rainforest areas. But the MLS made a decision to plant closer to home, opting to endow the city of Atlanta with 200 trees in partnership with nonprofit Atlanta Trees and Urban Offsets, the urban forestry funding mechanism.

Offering sports clubs and organisations the chance to invest in local projects was a good way of persuading them to get involved with carbon offsetting, says Shawn Gagné, the founder and chief executive of Urban Offsets.

“Supporting a project in a far away place can be really hard for some people to get their head around,” he says. “The image of struggling polar bears has left the climate change argument. Being Canadian polar bears are my favourite animal on the planet, but nobody sees polar bears. They see heat waves in their cities. Their kids suffering in the park. Waiting for a bus in Phoenix when it’s 110 degrees. Our job is to make sustainability more tangible by connecting the offsets from Kenya to Atlanta.”

Convincing organisations in the sport industry of the tangibility and the security of carbon offsetting could also be a challenge, says Gagné, due to some high-profile negative coverage. Last year, forest protection NGO Fern published a report alleging that a carbon offsetting scheme adopted by airline Virgin Atlantic failed to offset passengers’ carbon footprint and was “doing nothing” to stop the destruction of rainforest.

“Virgin Atlantic got its name dredged through the press, but it only bought the offsets. It was so many steps away from the project being developed and a level of trust had to be recognised. There are meant to be comfort zones and if a project is certified or verified then it should be ok,” he says. “Stuff like that cannot happen any longer.”

It was even suggested by Carbon Market Watch policy officer Kelsey Perlman that FIFA’s carbon offsetting projects amounted to “little more than greenwashing” after an Öko-Institut for the European Commission claimed that the UN offsetting mechanism FIFA signed up to was “fundamentally flawed”.

But Allcot chief executive Leroy believes that the main barrier to carbon offsetting – and sustainability more widely – becoming standard practice for the sports sector is the fact that many in charge have more pressing priorities. Despite undertaking a successful project with Spanish football team Getafe, in which it helped the club reduce its energy consumption by 20% over four years, Leroy sees the process as a slow burner.

“There’s been some progress, but it’s challenging because the sports industry’s main concern is its fanbase and profit and loss. Sustainability is not a priority – it’s more of a voluntary initiative,” he says. “But what we’re seeing is more and more like-minded sports groups that want to do good.”

The real change, he adds, will come through the leadership of large organisations like the IOC, the rise of sustainability-focused news sport like Formula E, and the deployment of the Paris Climate Change Agreement in 2021, particularly Article Six, which relates to the development of a greenhouse gas mitigation mechanism.

“We’ve seen over the past year that sports is really stepping it up,” says South Pole’s Davis. “We’re now making more of a concerted effort to speak with more sports organisations around the world. We’re working with around 10 sports organisations in Europe and America, and we’re actually seeing more and more demand and having conversations with quite a few more.”