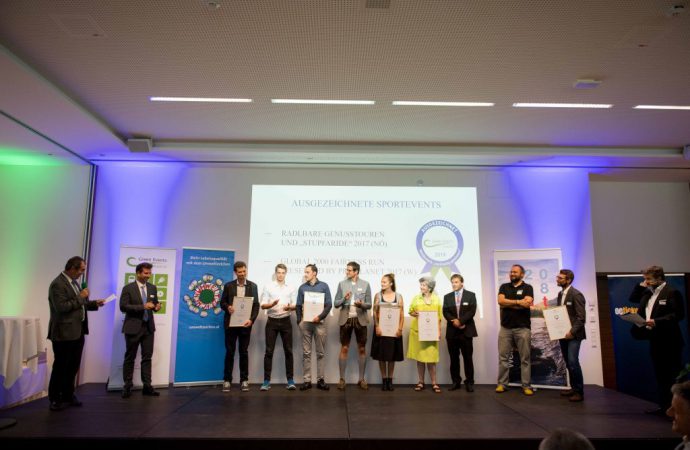 Three sports clubs in Austria have been recognised for their extensive sustainability work by the nation’s Federal Environment Agency.

The former was recognised for its focus on regional and fair trade food and its practice of donating leftover food to charity. Diocesan Sports Community encourages participants to travel via public transport, or via carpooling or cycling, while people with impairments are offered electric tricycles.

It is in the process of transitioning to renewable energy sources for its primary electricity. The club has developed a handbook for the implementation of sustainable measures and, starting in autumn 2018, it will organise workshops demonstrating how to create barrier-free sporting opportunities for disabled people.

FC Judenburg won its award because of its commitment to social responsibility and environmental protection.

Most food and drink supplied during its matches is purchased in regional stores, and a deposit system has been set up for the collection of beverage bottles and cans. Sponsors are asked to produce and distribute less promotional material, while the Zirbenland Cup, organised by FC Judenburg, will officially become a Green Event.

A focus on sustainable and fair procurement convinced judges to award Technopool FC. The club sources goods, such as food and sports equipment (including footballs) from sustainability-conscious suppliers. Trophies and medals are also regionally and sustainably produced.

In addition, the club has dispensed of disposable cutlery and plastic bottles.

Austrian vice-chancellor and sports minister, Heinz-Christian Strache (leader of the FPÖ party), presented the winning entrants with their awards.