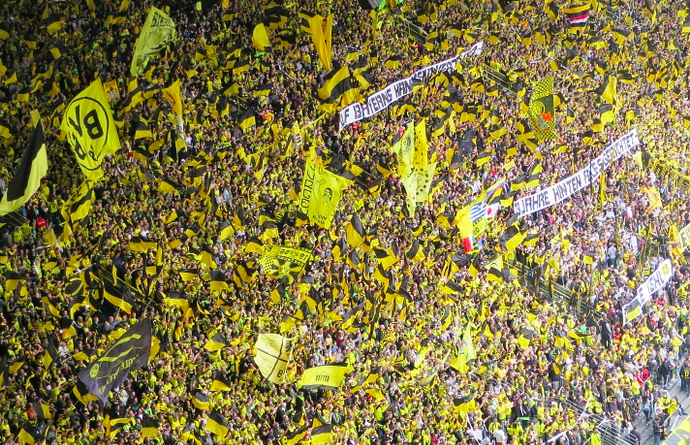 A petition organised by a 19-year-old football fan has convinced German football club Borussia Dortmund to introduce a returnable beaker system for drinks to cut down on plastic use.

The eight-time German Bundesliga champion currently has a system which uses recyclable cornstarch beakers to serve beer, but will now “lay the groundwork” to introduce the new container that “makes sense from an environmental standpoint”.

“As the public discussion surrounding plastic waste intensifies and given the increased knowledge we have regarding the environmental footprint of the cornstarch beaker – extending from the raw material extraction to use and subsequent recycling – we’re now reviewing the decision that we made in the summer of 2015 (to introduce the recyclable cup),” said Borussia Dortmund managing director Carsten Cramer.

The club is working with Nick Heubeck, the fan who amassed more than 100,000 signatures to introduce the returnable beaker system, and German Environmental organisation Deutsche Umwelthilfe.

Cramer – who also promised to abolish all plastic bags from the club shop – said the project faces on major challenge.

“The system must on the one hand adhere to the highest ecological standards. But on the other hand it must reflect our efforts to have searched for what is in equal measure the most environmentally and fan-friendly solution for the supporters of Borussia Dortmund,” he said.