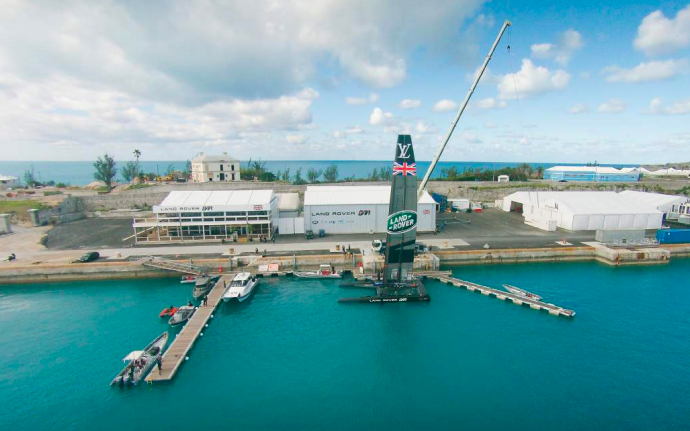 Ineos Team UK – Sir Ben Ainslie’s sailing team, formerly known as Land Rover BAR – has pledged its commitment to sustainability, and is gearing up to publish a sustainability programme ahead of the 36th America’s Cup.

UK-based fracking organisation Ineos became the team’s principle partner last month, pumping in £110m of investment ahead of the 2021 tournament.

Land Rover’s association with the team is now defunct. As a result, a wide-ranging sustainability report that was due to be released this month has now been scrapped, as well as other unfinished projects and documents.

However, a spokesman for Ineos Team UK told The Sustainability Report that the team will continue to operate under the ISO 20121 sustainability standard, and is “committed to being sustainable and responsible in all our activities both on and off the water”.

Indeed, the team was the first sports team to be awarded the ISO 20121 standard for all its operations, placing sustainability at the heart of its philosophy. Its headquarters in Portsmouth is BREEAM certified due to an emphasis on recycled building materials, wildlife cultivation and protection, and rainwater harvesting, among other environmentally-friendly initiatives.

One of its last acts as Land Rover BAR was to publish a report about the extensive sustainability work it had done in Bermuda during 2016 and 2017, when it relocated to the island temporarily.

During that time, the team installed 194 solar panels at Bermuda’s National Museum, aimed for zero food waste and educated more than 1,000 students on ocean plastics, renewable energy and invasive species.

But amid its lucrative tie-up with Ineos, the team split up with its sustainability partner 11th Hour Racing, which played a significant role in devising and delivering the sustainability projects that it was recognised for.

In the Bermuda report the team pledges “100% commitment to being the most sustainable sports team we can be”.