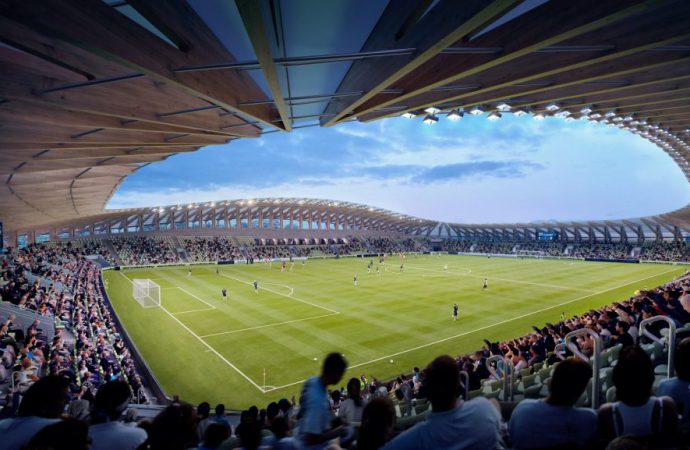 Ecotricity, the renewable energy company synonymous with English football club Forest Green Rovers, has been named as one of the Companies to Inspire Britain by the London Stock Exchange Group.

The Gloucestershire-based firm, which has been the majority shareholder of the League Two team since 2010, was recognised for its work in saving more than 100,000 tonnes of carbon dioxide per year by supplying energy through its 71 windmills.

It is also breaking into other areas of business, such as mobile phone services and electrical vehicle charging points.

“We are a hybrid organisation, mission-led like an NGO but using the tools of business to achieve that mission, which is to advance sustainability,” said Ecotricity founder and Forest Green Rovers chairman, Dale Vince.

He added: “Renewable energy and electric vehicles will empower people, make them less dependent on energy companies and more interdependent. Tough economic times don’t affect the need for greater sustainability in all walks of life and don’t diminish increasing demand for solutions to that end – in fact, it’s the opposite in many ways. Sustainability is increasingly the more economic option.”

Forest Green Rovers recently secured its League Two status for another season, avoiding relegation to the Conference one season after being promoted.

Vince is planning to build a 5,000-capacity stadium, designed by world-renowned architecture firm Zaha Hadid and made entirely of timber, for the club, as well as a neighbouring training facility and Eco Park – a green tech business hub. However, he is still awaiting approval on planning permission before going ahead with the project.