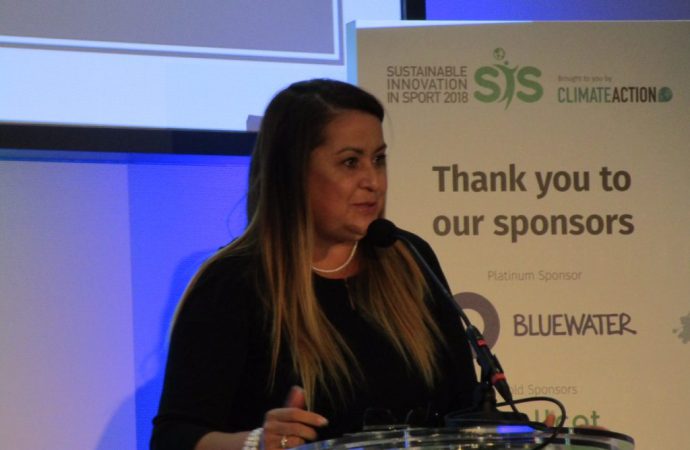 Sports organisations that want to make fans aware of environmental issues need to get athletes involved in their sustainability messaging.

According to Kattia Juárez Dubón, the director of International Sustainability Commission at the Fédération Internationale de Motocyclisme (FIM), the only way to “sell sustainability in sport” is by engaging those who are take part and connect most with fans.

“You can hire the best communication company in town and spend a lot of time trying to say the right message, but it will be difficult to catch the attention of fans and spectators,” she said. “Communicating sustainability is not easy – in sport it’s even worse. People want to have fun and watch the race. That’s why we need ambassadors.”

In 2013, Juárez Dubón launched the Ride Green Ambassador programme that invited riders to become involved with environmental initiatives and communicate regularly with fans.

But Juárez Dubón warned that throwing together familiar faces with no strategy was not the way to be successful. Athletes, she said, had to have the right values, be committed to sustainability and have to “be in love” with the programme that is set up.

“You also have to show them that belonging to the programme is good for them,” she added. “They gain things, such as visibility. Ambassadors may also be able to find more sponsors.”

Juárez Dubón also stressed that any group of ambassadors had to be mixed in terms gender, nationality, and, in an organisation that looks after many categories of a sport like the FIM, disciplines represented. The FIM is the international governing body for circuit racing, motocross, trial, enduro, rallies and track racing.

“Choose quality not quantity,” she added. “The most important thing is commitment and you must have very good relations with their manager. The manager has to be convinced. If not, you’ve lost the battle.

“And you must train them. They are in the middle of other things. They know how to ride a bike, but they aren’t immersed in sustainability.”