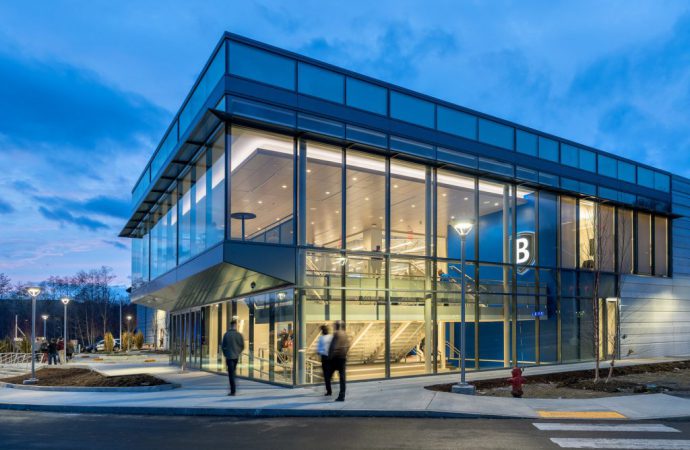 A standalone ice arena built by Massachusetts-based Bentley University has become the first to receive LEED Platinum certification from the US Green Building Council.

The 76,000sq ft arena has a 504 kWh solar paneled roof, created by Rivermoor Energy, that will generate 40% of the facility’s annual electricity. It also has a system that captures heat generated from the rink’s ice-maker to heat water throughout the building.

More than 50% of the wood used in for the building was sourced from forests with certified sustainable forestry practices, 10% of construction materials were locally sourced, and 20% included recycled content.

Thornton Tomasetti was the arena’s LEED consultation and Suffolk Construction built the venue, which is home to the university’s NCAA Division I hockey team.

The eco-friendly building forms part of the institution’s ambitious Climate Action Plan, which includes the goal of becoming carbon neutral by 2030.

“From our university-wide commitment to achieving carbon neutrality by 2030, to our Sustainability Science major for students, to our campus waste reduction programme that recycles more than 270 tonnes of material per year, Bentley acts every day on our mission of preparing environmentally conscious, socially responsible leaders,” said Gloria Cordes Larson, president of Bentley University.